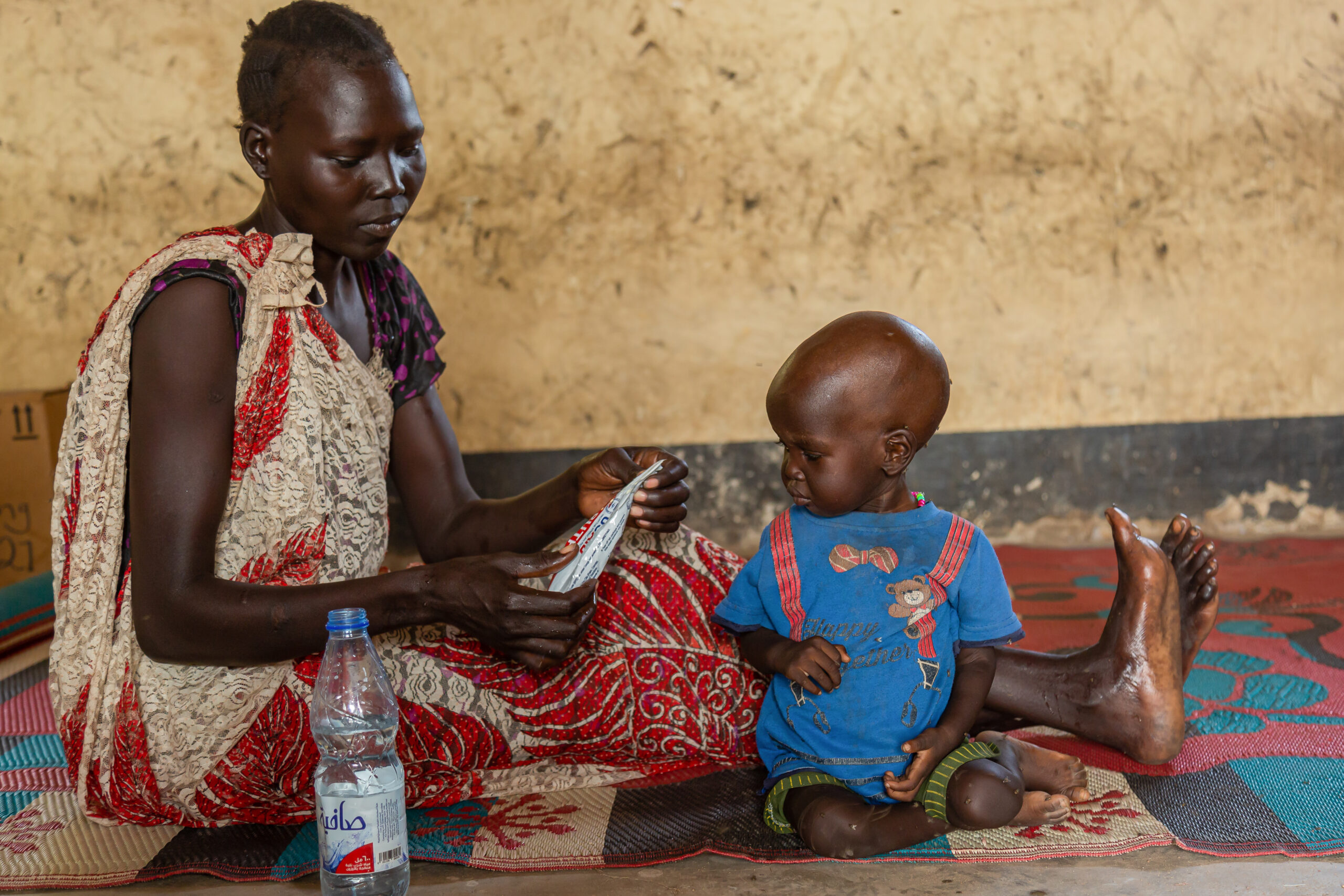 (Juba, South Sudan, June 21, 2022)- A staggering 63 percent of South Sudan’s population will struggle to survive the peak of this year’s annual ‘lean season’, with 87,000 people predicted to be in catastrophic food crisis category – at the risk of starvation and death – whilst humanitarian agencies are forced to cut services due to lack of funds.

According to Benoit Munsch, CARE Managing Deputy Regional Director for Great Lakes, “South Sudan was recently flagged, in a UN WFP/FAO hunger hotspots report, as being on the brink of starvation. The needs and the number of people going hungry are rising, while food assistance programs are being cut thus leaving huge gaps in humanitarian funding. The current funding gap stands at $529 Million.”

Over 7.7 million people are classified in Crisis or worse in South Sudan, with some 3 million facing Emergency levels and 87,000 in the worst level of food insecurity classification, Catastrophic.

Alongside many other countries in the region, South Sudan has felt the knock-on impacts of the Ukraine crisis on food and fuel prices and the supply of basic foodstuffs. The country is largely dependent on imports such as wheat, flour, and seed oil from other Eastern African countries that in turn rely on imports from Ukraine and Russia. However, South Sudan also grapples with a myriad of other complex factors including ongoing internal conflict, cholera in recently flooded areas, climate shocks, COVID-19, and economic decline and rising costs that have all led to unprecedented levels of food insecurity.

Despite the huge needs, a lack of funding has meant the World Food Programme has been forced to cut food outreach programs – restricting them to only those in Emergency and Catastrophe levels. As the situation worsens, those at other levels could soon find themselves in these categories thus numbers of those in dire need are projected to rise.

As a result, humanitarian organizations are being forced to make the impossible call to prioritize amongst the hungry; with limited resources being directed to only those facing the most catastrophic levels of hunger.

Abel Whande, CARE South Sudan Country Director said, “On top of lack of food and soaring hunger, South Sudan is also facing a worsening malnutrition crisis, especially amongst pregnant, breastfeeding women and young children. The country has the 8th highest level of acute malnutrition with 1.34 million children under 5 and 676,000 pregnant and lactating women suffering from SAM in 2022. Urgent funding is needed to be able to address this worsening hunger crisis in South Sudan. This year, we have so far treated 26,460 children with malnutrition in 49 health centers. ”

Disease is also ravaging the world’s youngest nation. A shocking 57%, of children under 5 are estimated to be suffering from some form of illness due to lack of access to health services, lack of understanding of feeding practices for infants and young children, as well as lack of food for mothers and children. Cholera has also broken out for the first time since the December 2017 outbreak which saw n 28,000 people affected with 644 deaths.

Munsch says; “An immediate scale-up of multi-sectoral humanitarian assistance is needed to save lives across South Sudan. Food, health, access to clean water, and livelihoods are all interlinked. To solve the problem of hunger we must look at an integrated and holistic approach. But most importantly we need money. Nothing is possible without the funds to carry out these activities.”

To schedule interviews or for more information please contact: