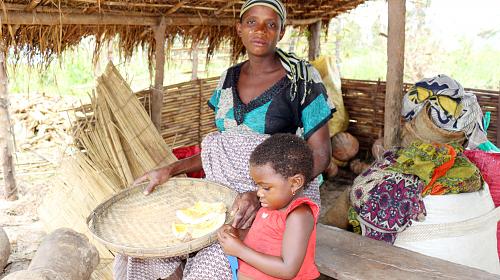 Severe food insecurity rates across nine southern African countries are 140% higher now than in 2018, primarily because people are being hit by weather extremes driven by climate change, according to Oxfam, CARE, Plan International and World Vision.

Across the Southern Africa region there are now 14.4 million people facing acute levels of hunger, compared to 6 million at the same time in 2018.

Southern African countries have appealed for $1.1 billion to help them cope with the food crisis but they have received only half of what is needed. The agencies said that donors must urgently fund the UN humanitarian appeals to help save lives.

“Our region is losing its part of the UN’s fight for ‘zero hunger by 2030’ – as described in its Sustainable Development Goals – because subtropical region of Southern Africa are warming twice as fast as the rest of the world and being battered by repeated weather shocks,” said Nellie Nyang’wa, Oxfam’s Regional Director for Southern Africa.

In the past two years, the region has experienced three major cyclones, floods, a drought characterized by the lowest rainfall since 1981 in the months between October and December, as well as record warm temperatures in the first half of 2019.

These unusual and disruptive weather patterns have resulted in large scale crop losses which affected the availability of maize, a staple food, and driven prices up across the region in 2019.

“The cyclones, flash-floods and droughts that in the past used to be extreme are now being suffered as ‘normal’ by our farmers. The climate crisis is not just hitting people in sudden spikes of humanitarian emergencies, but it is undermining their ability to build up their reserves and assets and resilience day-by-day-by-day,” Nyang’wa added.

“The climate crisis here is a permanent one, ripping away the coping mechanisms that people here have relied upon for generations to help see their communities and families through the lean times. This crisis is not an occasional headline – for the people of Southern Africa, it’s now a profound way of life.”

“This climate crisis is preying on people’s poverty and worsening levels of inequality. And we see its effects now in these rocketing malnutrition rates. And as always it is the women and children who are hit first,” Nyang’wa said.

“The scale of the drought devastation across Southern Africa is staggering. Over the past five years, continuous failed agricultural seasons meant that countries have not had adequate time to recover and their national reserves of grains have depleted. Zimbabwe alone has had a cereal deficit of 1m tonnes in the past year,” she said.

More frequent droughts have had a devastating impact on small scale farmers, in particular women who do the majority of agriculture in the Southern Africa region.  Dolly Nleya, a farmer in Bulilima, southern Zimbabwe told Oxfam: “Climate change is killing our crops as the ones we planted are now drying up. Drought is also eating up the grazing land that our livestock feed on.”

“Women and girls are the worst affected during times of drought and women often suffer disproportionally from climate change shocks. Women bear majority of responsibility for households including ensuring families have food and water as well as household chores and child rearing. They are also usually the last to eat and first to skip meals. We have spoken to mothers, like 18 year-old single mother Rachel in southern Zimbabwe, who say they often skip meals for 1-2 days in order to make sure their children eat” said Matthew Pickard, CARE International’s Deputy Regional Director for Southern Africa.

“As CARE, we are making sure we provide a gender sensitive approach in our drought response and resilience programming, to ensure the most vulnerable groups such as women and girls are prioritized and empowered, and that their specific needs are met. This includes working with women to set up village savings and loans associations, income diversification and other climate resilience building programmes.” Pickard added.

Ndjiole from Angola, at 16, should be at school. Instead, he was forced to leave home to look for pasture and water for his family’s cattle. “We are farmers and we could not harvest since the last cropping season. We only have our cattle left. If we lose them, we will die of hunger,” Ndjiole told World Vision.

“We are extremely concerned at the increasing number of adolescent girls who are being married off so that the families can earn the next meal,” said Stuart Katwikirize, Plan International Regional Head of Disaster Risk Management.

“Alarmingly, we are seeing an increase in girls resorting to sex for payment just to put food on the table, earning as little as 40 cents each time. Increasing commodity prices and lack of available food mean some feel they have no other option. We are incredibly concerned about the long-term impact of this kind of abuse on young girls.” said Maxwell Sibhensana, World Vision’s Southern Africa Humanitarian and Emergency Affairs Director.

Ahead of the AU Heads of States Summit meeting the four aid agencies are calling upon the Southern African leaders to:
•    Increase investments in early warnings and early action systems on natural hazards which are accountable to communities.
•    promote agro-ecological approaches to transition towards more just and sustainable food systems and increase farmers’ resilience in the face of climate change. This is crucial to achieve a positive and sustainable transformation of family farming in Southern Africa.
•    implement agricultural policies that will enable people to feed themselves, in line with the AU’s Malabo Declaration’s commitment of investing 10 per cent of national budget in agriculture.

They are also urging donors to :
•    increase their contributions to the humanitarian appeals, especially since only 51.2% of Zimbabwe’s needed funds and 47.2% of Mozambique needed funds and 23% of Zambia‘s needed funds, were respectively met.
•    Demonstrate how the US $100bn / year climate finance promise to developing countries is being met in this deadline year.
•    Commit to scale up adaptation finance in particular, which has been neglected to date and work with Southern African governments to invest in long term programmes that will help build the people’s ability to cope with future crises.

Oxfam estimates that in recent years, least developed countries – like Mozambique– have received on average as little as $3 per person per year in net assistance specifically targeting adaptation. This equates to less than a cent a day to protect themselves from climate extremes.