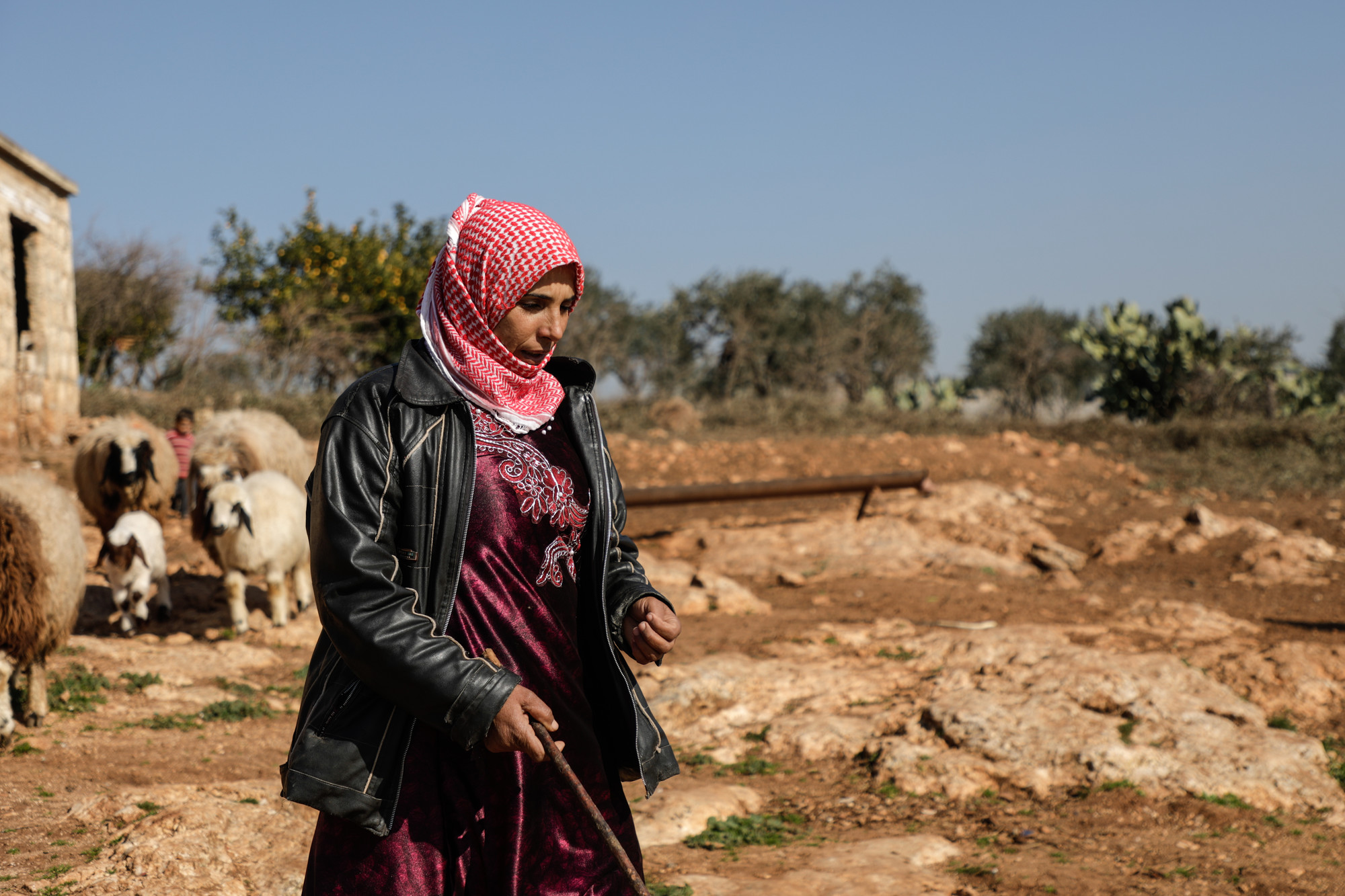 Amman, 24 February 2021– Ten years into the crisis in Syria, many women report fear of instability, recurring violence, and displacement, coupled with a constant struggle to meet their families’ basic needs. In 2020, average food prices in Syria increased by 236%, making them more than 29 times higher than the five-year pre-crisis average. According to a new CARE report entitled, “If We Don’t Work, We Don’t Eat: Syrian Women Face Mounting Food Insecurity a Decade into The Conflict,” Syrian women overwhelmingly report food insecurity as an urgent, pressing issue for their households, with many families resorting to negative strategies, including eating fewer or smaller meals to get by.

Today, the number of food insecure Syrians has nearly doubled from 6.3 million in 2015 to 12.4 million today. Food prices in Syria are the highest recorded since WFP began tracking in 2013. Prior to the conflict, the five year (2006—2010) national average price of the WFP reference food basket was 3,700 SYP (almost 7 USD); today’s food basket is thirtyfold and costs 111,676 SYP (over 210 USD).  Much of Syria’s critical infrastructure—such as schools, housing, water systems, and health facilities—has yet to be restored and more than 80% of the population lives below the poverty line.

“As we arrive at the tragic 10-year mark of the conflict, Syrian women face their biggest challenges in securing food for their families. Instead of being on the path to recovery, the collapsing Syrian economy and soaring food prices have forced women to resort to selling belongings and cutting down on meals for their families to survive. At this crucial time, they need to be prioritized with emergency food assistance to protect them; they also require the means to make a living to lead dignified and independent lives,” says Nirvana Shawky, Regional Director for CARE in the Middle East and North Africa.

Hana, a 24-year-old displaced woman in Idlib, says, “My children are growing tolerably but my little boy is malnourished. One of the organizations came to the camp and measured him and they told me that he was malnourished and had a developmental delay. They prescribed him milk and some vitamins, but I don’t have the money to buy them.”

Syrian women are increasingly taking on the role of sole breadwinner, bearing the full burden of providing for their families with limited livelihood opportunities. About 22% of Syrian households are now headed by women; up from only 4% prior to the conflict. Women report they are pushed into the “provider” role in a way that most had not previously experienced, due to a lack of job opportunities for men; death, loss, or incapacity of a male head of household; rising costs of living; and low wages. In addition to providing for their households, most women report also shouldering caregiving responsibilities for children, parents, disabled spouses, or other family members.

Muna, a 44-year-old female head of household from Al-Hassakeh, says, “I take care of my sick and elderly mother, in addition to my responsibility to raise sheep and take care of them, as they are my source of livelihood, do household work, secure food, and prepare it. One of my daily fears is the inability to provide bread, diesel, some foodstuffs, and most importantly, medicine, due to the lack of money sometimes.”

Ten years into this crisis, Syrian women continue to display tremendous strength and resilience. Though the role of breadwinner is new and unexpected for many, women have quickly adapted, are confident in their ability to lead and provide for their families, and are eager to do so. What they need now is both support and resources to lessen their dependency on aid and to access livelihoods to provide for themselves and their families. Given the opportunity to do so, they will continue to overcome the huge challenges of living in and around the ongoing conflict in Syria.