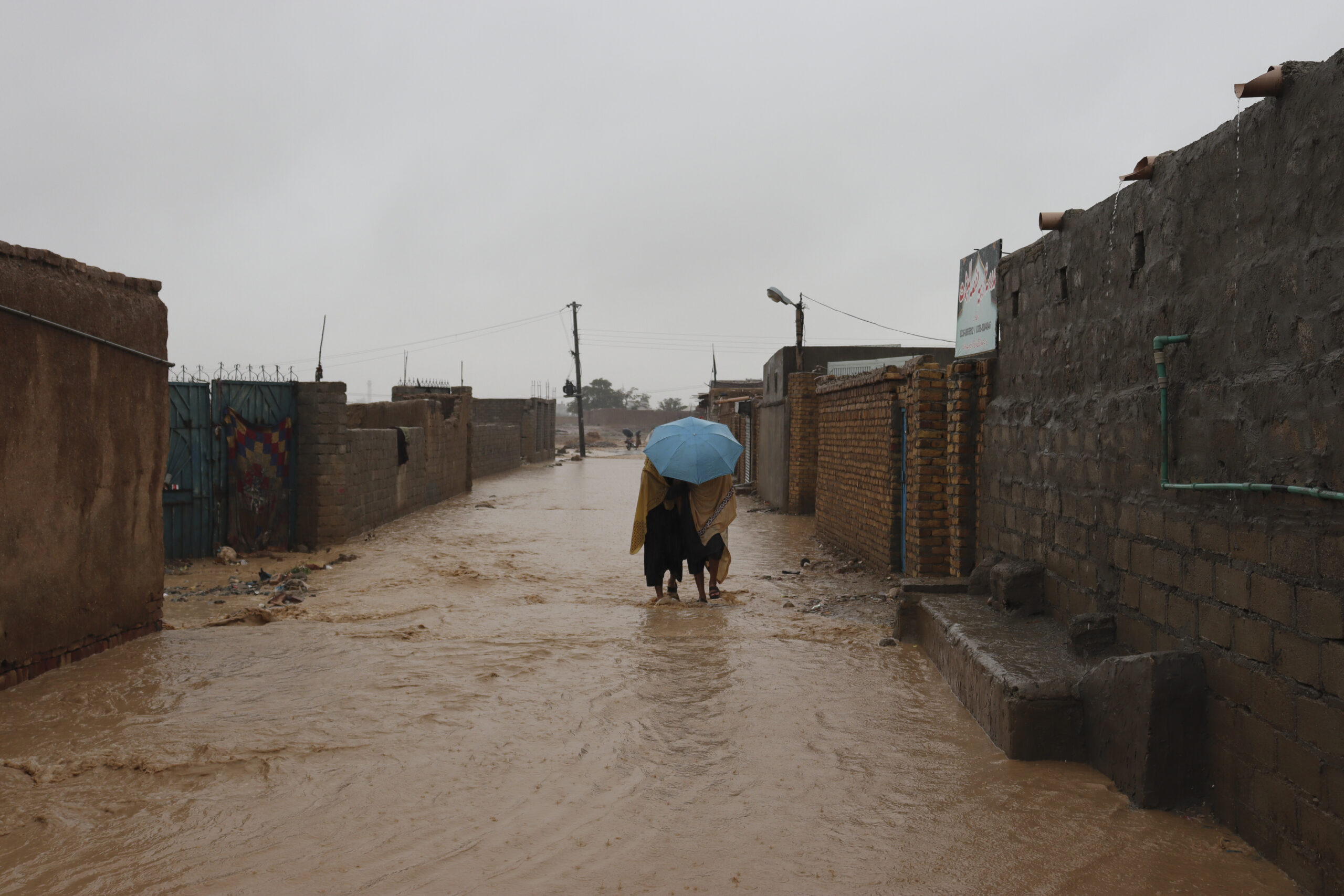 The resurgence of cholera in some of the world’s hunger hotspots, including Haiti, Syria, Pakistan, South Sudan and Afghanistan, is threatening the lives of millions of already vulnerable people. Globally, over 200 million people are facing acute hunger and 50 million people are on the brink of starvation in 45 countries.

“The toxic cocktail of cholera and hunger creates a potentially lethal cycle. Those who are acutely malnourished have lowered immunity, so are more likely to contract cholera or acute diarrhea if it’s going around. The minimal food being consumed basically runs straight out of the body, increasing the likelihood of death,” said Nick Brooks, CARE International’s Emergency Water Sanitation and Hygiene Team Leader.

Cholera reemerged in Haiti this month and has already caused 35 deaths. There are close to 600 suspected cases, but the true extent of the epidemic is feared to be much worse. “In a country where nearly half the population faces acute hunger and access to clean water is limited, the highly contagious disease could spread rapidly in already vulnerable communities. Add to that civil unrest, the fuel crisis, soaring inflation, poor health services and severely restricted humanitarian access, and you have a ticking time bomb,” said Raphael Hamoir, CARE Haiti Interim Country Director.

A deadly cholera outbreak has been spreading in northern Syria since early September, with thousands of reported cases and dozens of deaths, while neighbouring Lebanon just recorded its first cholera deaths in almost thirty years. Nour*, aged 35, from northeast Syria said, “For women, especially mothers, this cholera outbreak is giving us psychological stress. We worry that our family will get infected. We do not have the money for treatment or the clean water, medicines or other items to prevent cholera. We need help to survive this.”

In South Sudan, where more than 7 million people are acutely hungry and some 900,000 people have been displaced by flooding, cholera appeared this year after a five-year absence. “The widespread flooding in South Sudan could contaminate drinking water, sending a deadly wave of cholera within the flood affected areas,” said Abel Whande, CARE South Sudan Country Director.

Global Gender in Emergencies Coordinator for CARE International, Isadora Quay, said, “The presence of cholera in communities can instill a lot of fear, meaning people stay home more, therefore reducing the hours they work and how much they earn. We know that added economic strain on a household creates stress and uncertainty, and, devastatingly, domestic violence often increases in these situations.

“CARE urges the international community to swiftly step-up efforts to address the global hunger crisis and slow the deadly spread of cholera. Vulnerable communities need access to clean water, hygiene support, health services and vaccines, as a matter of urgency. Lives depend on it.”

Notes to the editor:

CARE’s response to the cholera outbreak:

In Haiti, CARE is ready to provide much-needed hygiene awareness training and hygiene kits that include essential items such as soap, water purification tablets and hand sanitizer to respond to the cholera outbreak.

In South Sudan, CARE is raising hygiene awareness in vulnerable communities, particularly those who are in areas affected by the cholera outbreak, and distributing items including soap, water purification sachets, jerry cans, and buckets, and constructing latrines.

In Syria, CARE is implementing programs to prevent and mitigate the further spread of cholera. Since the start of the outbreak in early September, CARE has been responding in cholera hot spot areas in northeast Syria through its mobile teams who are chlorinating water sources, disinfecting water tanks and distributing kits that include water purification tablets, soap and jerry cans, as well as running hygiene promotion sessions.

Founded in 1945, CARE is one of the largest and oldest humanitarian aid organisations fighting global poverty. CARE has a special focus on empowering and meeting the needs of women and girls and promoting gender equality and works in 100 countries around the world. https://www.care-international.org/