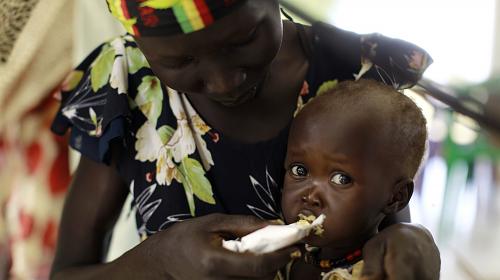 Despite continued bipartisan support, the Trump administration announced a 22% cut to critical foreign assistance programs as part of its early budget proposals for Fiscal Year 2021. The real-world impacts of these cuts would be devastating – and in some cases deadly – for millions of the world’s poorest and most vulnerable people. U.S. foreign assistance dollars provides critically needed funding in emergencies, like those unfolding right now in the Middle East, South Sudan, and Nigeria. Without these investments, diseases spread, girls lose out on education, and malnutrition rises.

CARE is calling on Congress to continue its commitment to foreign aid and reject these cuts. Now is not the time for the U.S. to pull back as a partner and a leader in the global community.

“The Trump administration has once again proposed dangerous cuts to the foreign assistance budget,” said David Ray, vice president of advocacy at CARE. “This, despite consistent, bipartisan Congressional support for foreign assistance. The less than 1% of the federal budget that goes to foreign assistance lifts up millions of lives around the world and is creating a better, safer world for us all. The President’s proposed cut of 22% is draconian and shortsighted. CARE calls on Congress to continue its longstanding commitment to humanitarian and development assistance and reject these proposed cuts once again.”