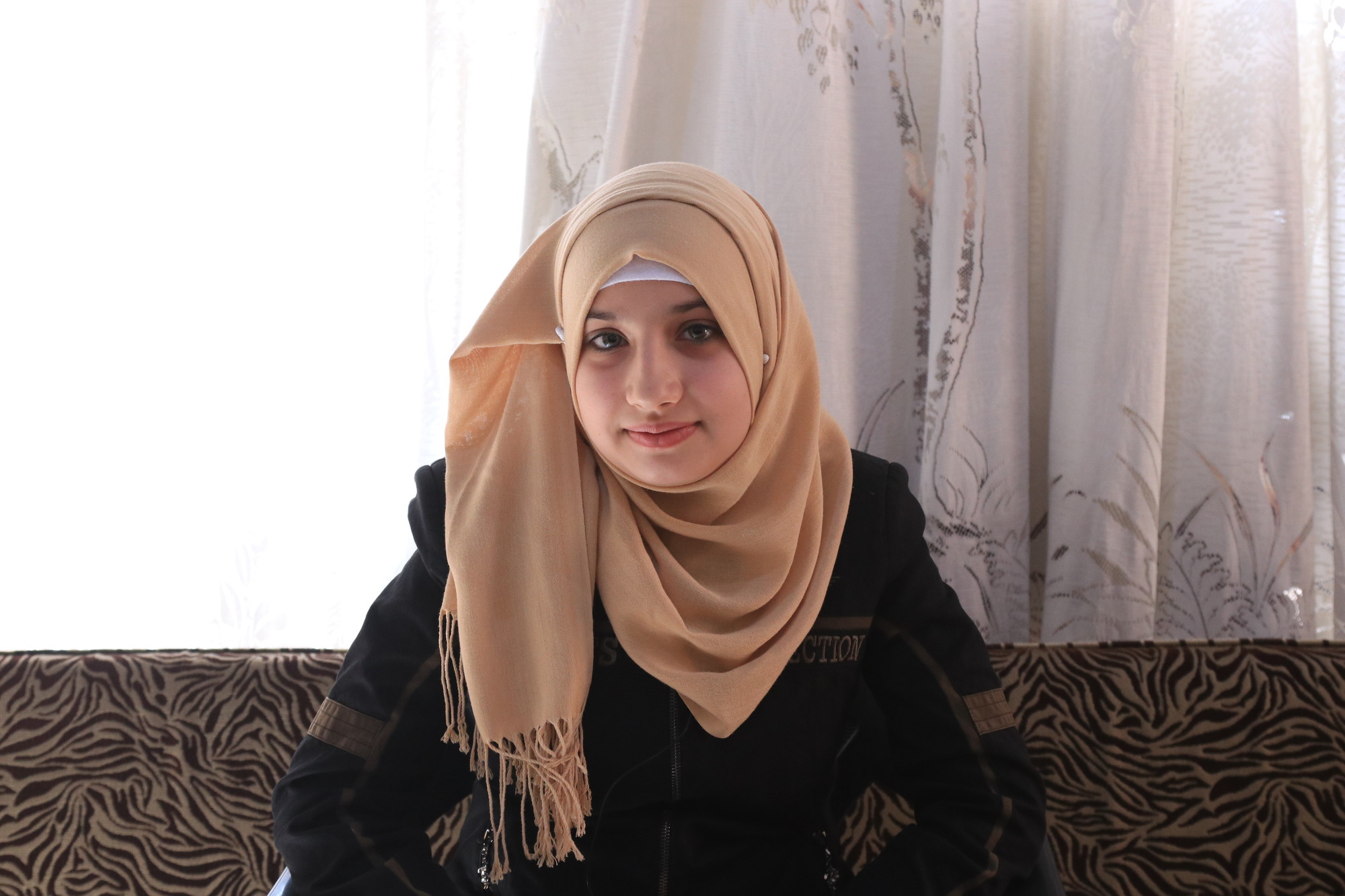 With support from her mother and teacher, Maya was able to address her fear and trauma and pursue her dream of becoming a doctor.

At 14 years old, Maya* has already been displaced four times because of the war in Syria. When she was 11, her family was forced to flee their home in Homs for northwest Syria after her the city came under siege. She survived the bombing that destroyed her neighborhood but was forced to leave school for a year. The violent and unpredictable circumstances caused her immense psychological distress and constant fear. When she was able to attend school intermittently during periods of relative calm, she refused to participate in activities and avoided socializing with her classmates. She became increasingly isolated and unable to cope with her fears.

Her mother enrolled her in a psychosocial support center run by CARE’s partner IYD in the northern countryside of Aleppo, where the family had recently settled. Maya began to improve, and eventually returned to school. Now in ninth grade, Maya is a top student in her class. Here she shares her personal story and advice for other girls living through difficult circumstances. 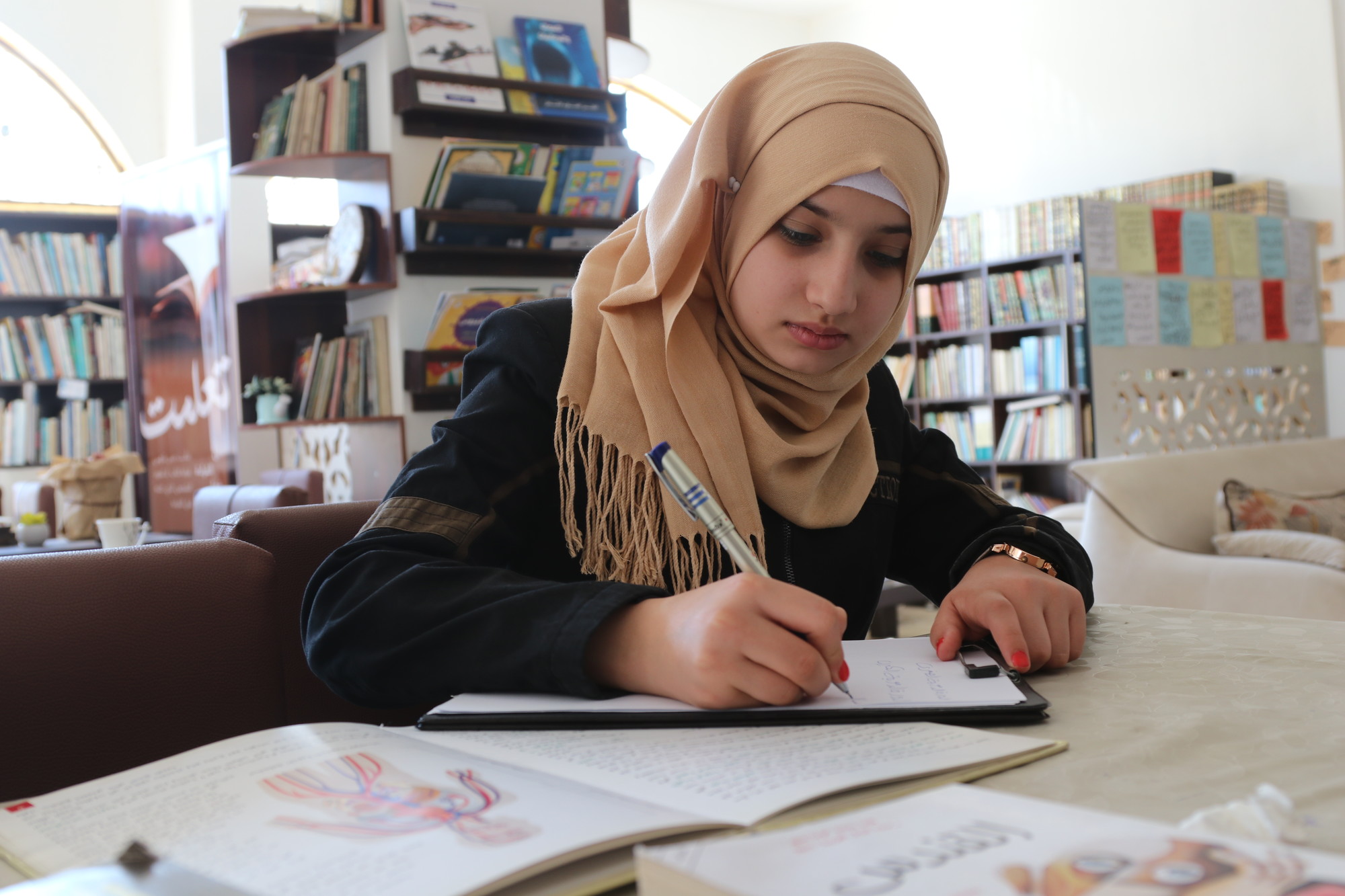 My name is Maya, I’m 14 years old and I’m in the ninth grade. My father passed away when I was one year old, and I do not have any memories of him. I only know him through the photos that my mother keeps. Since then, I have lived with mom at my grandparent’s house.

I have no memories of the home where I was born either. I was only five when we had to flee and were displaced for the first time. Displacement was repeated, over and over again, in order to find safety away from shelling and bombs.

It was not easy for me to continue school during that time. I had to change schools every time we moved from one place to the other. I went to more than five different schools during elementary school.

My worst fear at that time was the sound of warplanes, which never quietened. Every time I heard the sound of jets, I would cry and run to my mom to hide in her lap. With every airstrike, I used to tell myself, “It’s the end, there is no hope, and the next missile will kill us.”

When I was nine, I used to hear the screams of the injured around me and see blood on the walls and I couldn’t take it. We didn’t have the ability to rescue the injured, due to the intensity of the bombing and the siege on the neighborhood where I was living.

The situation I remember most about that period was when an airstrike hit the room where I was sleeping. I was seven years old and my mother was not home that night. The first explosion took place late at night, near our house. I was terrified and left the room. A few minutes later, one of the missiles exploded on the balcony of the room where I was sleeping. I could not see or hear anything from the horror of the explosion and the density of the smoke. I thought I had died.

Closed schools mean children are hungry in our most vulnerable communities. Send a meal and #ShowYouCARE

Despite the danger, I tried to stay at school. At times, I would miss days of schooling because of the situation. Even when I was able to attend, I couldn’t concentrate, and my mind would drift to thoughts of missiles and bombardments. It was hard for me to study and I could not fit in with my friends at that time. I isolated myself and was afraid to go outside to yards or gardens. I could not participate in any activities or answer my teacher in class. All of that was due to fear. At the end, I had to drop out of school for a whole year. I remained in this state until I got permanently displaced from my city, Homs, around age 11. My memories of that region are only of fear. After our latest journey of displacement on buses, I arrived in northern Syria, an area that is considered relatively safe and where airstrikes are uncommon.

Do not let fear destroy your life. Face it and it will inevitably disappear. You are always strong. Trust yourself.

My mother was watching me sadly and anxiously. She was trying hard to help me overcome my fears. She took me to a psychosocial support center and always encouraged me to go there. She helped me study and reviewed my schoolwork with me. We remained like that until I overcame my fears and regained my self-confidence. I started to participate with my classmates in activities, research, and lessons. I became the best student in my class when I was in the sixth grade. 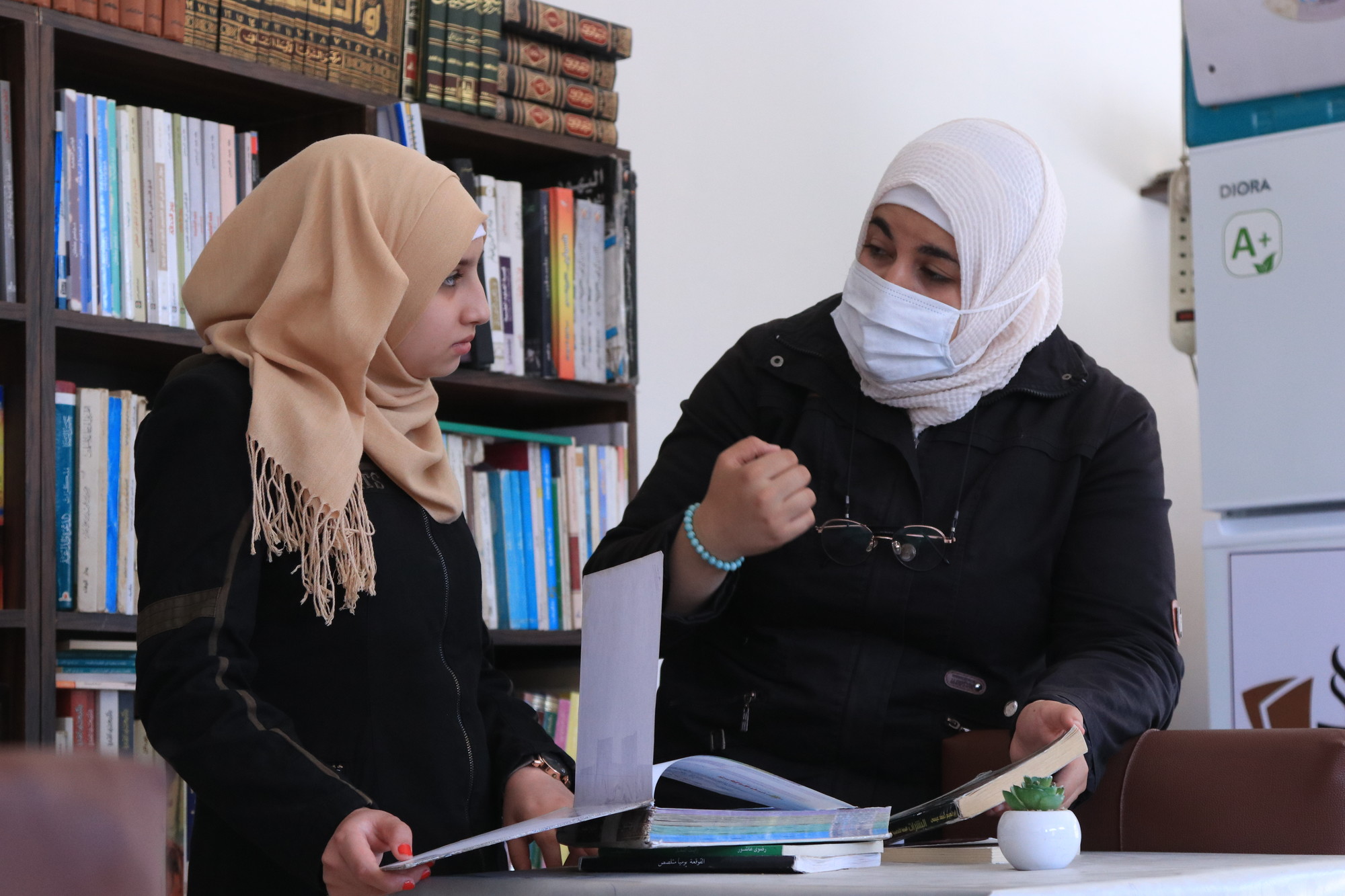 The biggest reason behind this transformation was my mother, who stood beside me and chose to raise me at the expense of her own personal life. My teacher also helped me by giving me great attention.

I managed to memorize the Qur’an and obtained several certificates at the age of 12. I made lots of friends and whenever we meet, I try to encourage them not to give up, to become confident in themselves and not succumb to fear. They must keep following their dreams and all of this will end.

I am in the ninth grade now and this is the first school certificate I will obtain. Many girls my age drop out of school and stay at home. Some of them get married at this young age. 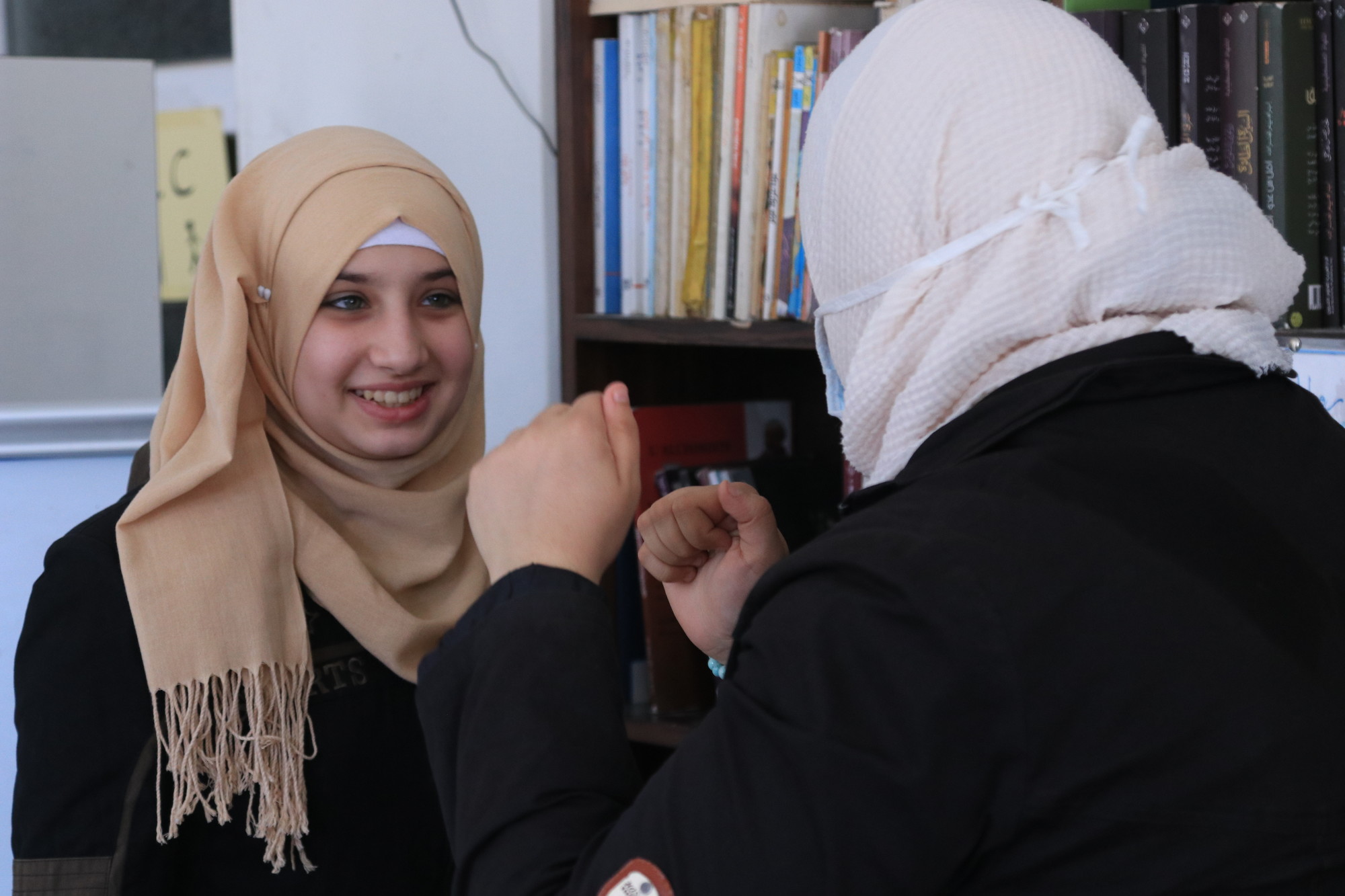 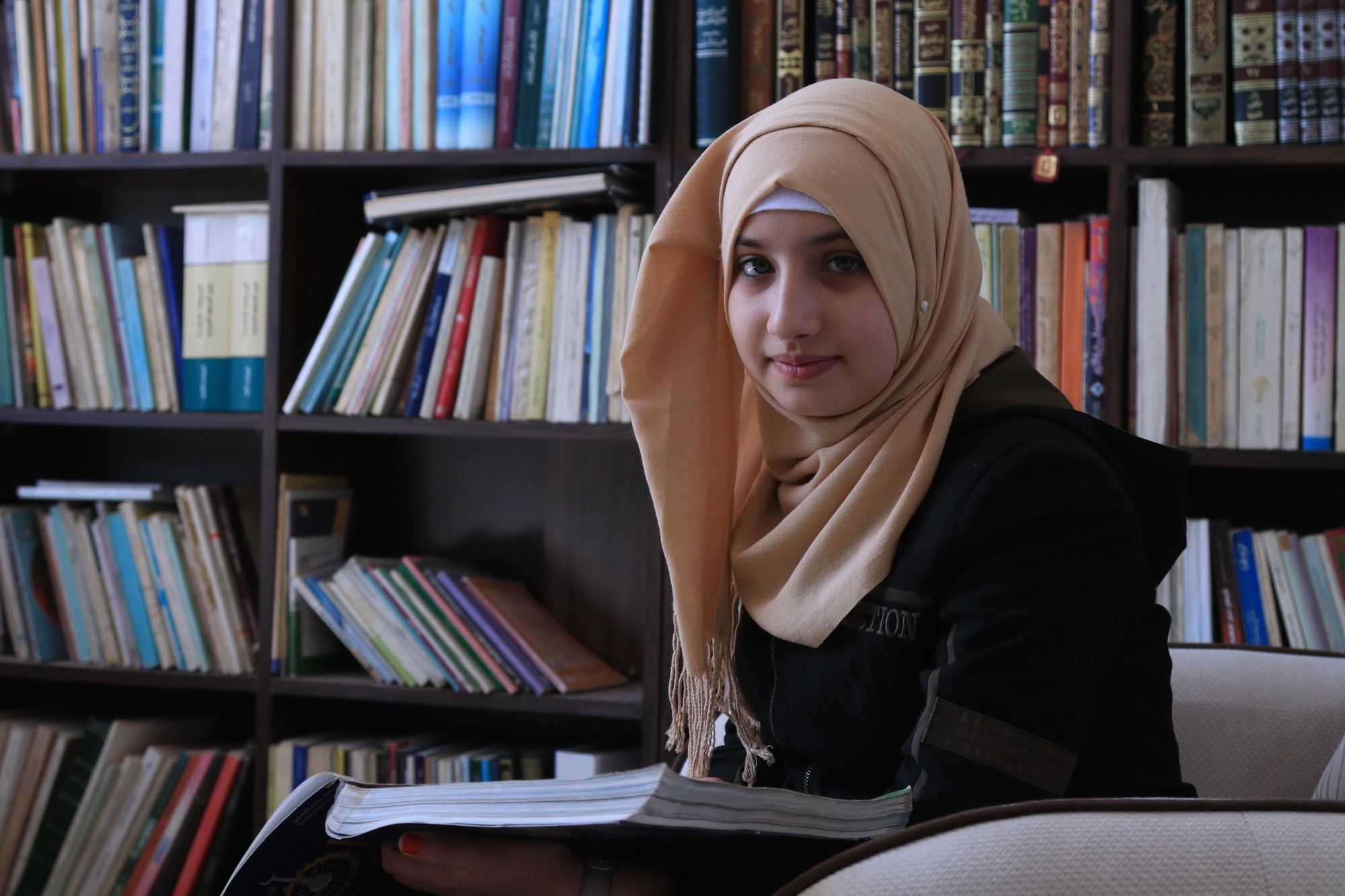 During the siege in my city of Homs, I got to know several girls who had stories similar to mine, but unfortunately, they left school and became isolated from society. I tried to communicate with them to encourage them to regain their self-confidence.

I would like to give this advice to every girl my age, who reads my story: You must have confidence in yourself. Do not drop out of school. Continue your education because it is the shield and weapon that will help you face difficulties in life. Do not be tempted by marriage at this age and do not let fear destroy your life. Face it and it will inevitably disappear. You are always strong. Trust yourself. 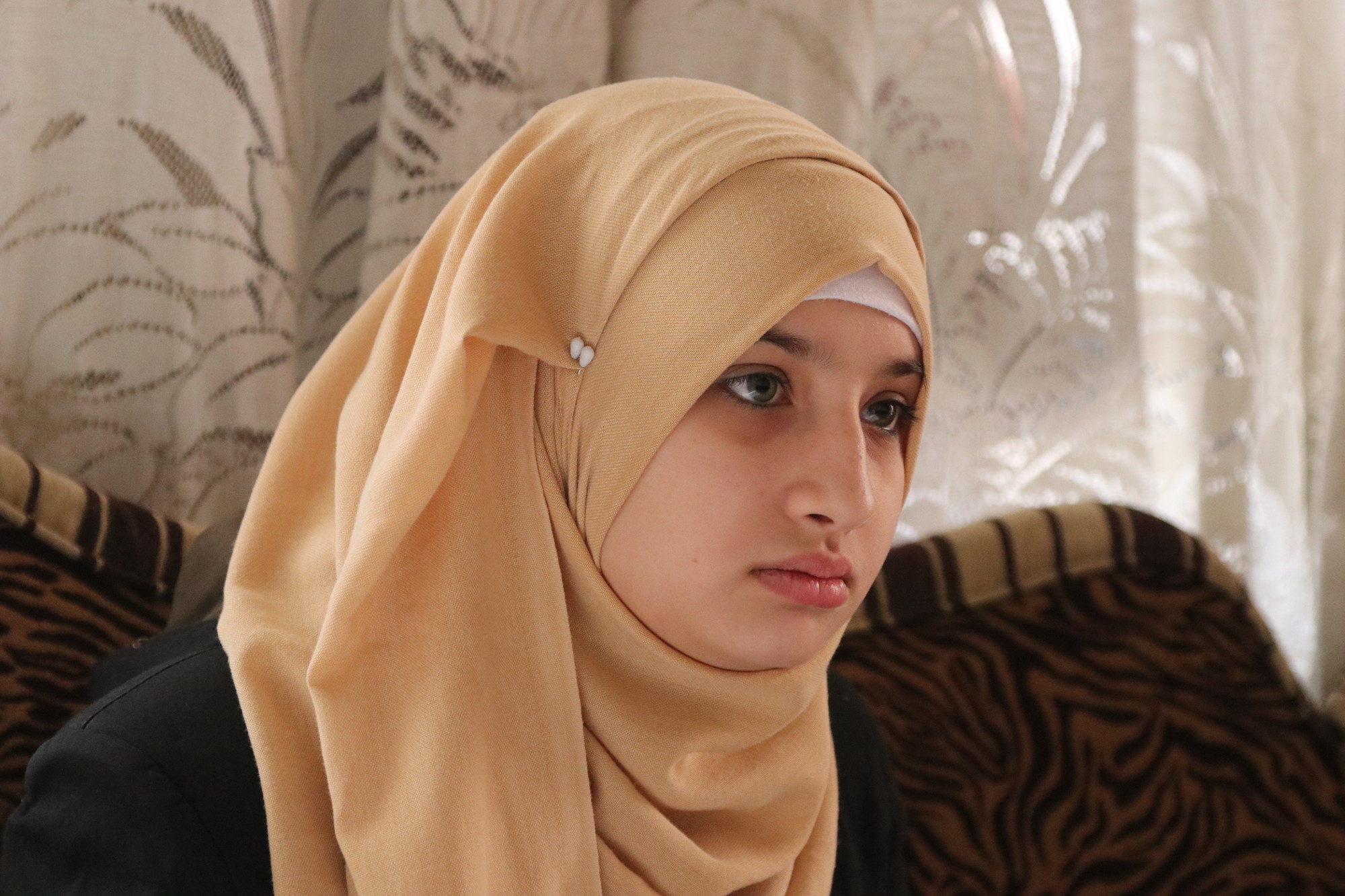 I am now pursuing my education, despite the presence of the coronavirus. I take the necessary preventative measures – the mask and hand sanitizer are always with me. I want to play and socialize with my friends, but prevention is more important and so is education.

I imagine myself after several years, in university, continuing to fulfil my dream to become a doctor. When I used to see injured people, I could not offer assistance, so I decided that I want to be able to help the people of my country one day, when I get the opportunity.

‘My Name is Maryam’

This International Day of the Girl, Nina Lu raises her voice to tell the story of a girl's unyielding determination.

At 12 years old, Mikre was married to a man more than twice her age. Her mother, Mare Nega, made the arrangement in secret, using the christening of her newborn as cover for her young daughter’s wedding.