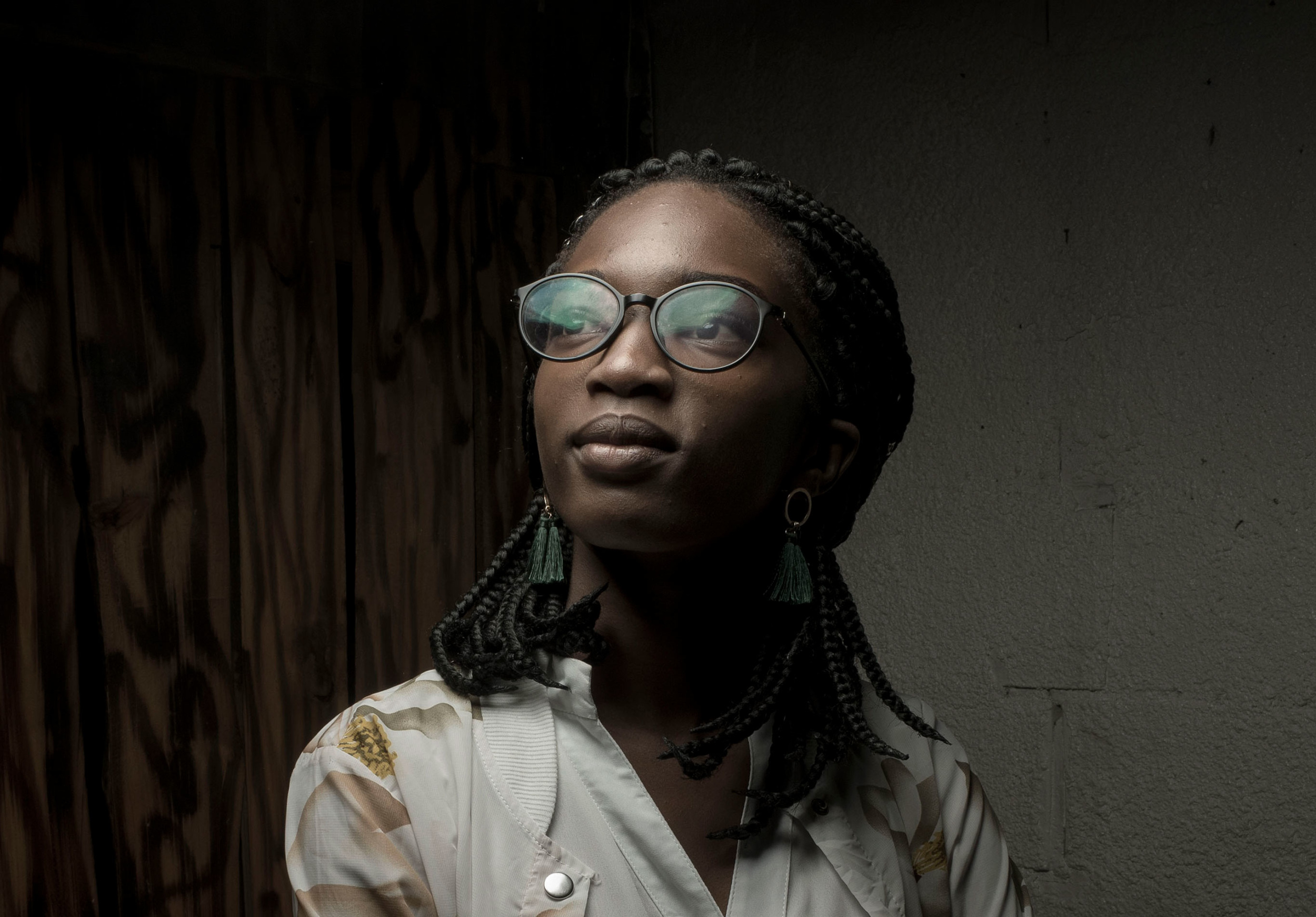 Dominique Alonga is the founder and CEO of Imagine We Rwanda. All photos: Josh Estey/CARE

Dominique Alonga is the founder and CEO of Imagine We Rwanda. All photos: Josh Estey/CARE

Books written by African authors like Alain Mabanckou from the Democratic Republic of Congo, Chimamanda Ngozi Adichie in Nigeria and Zimbabwe’s NoViolet Bulawayo have elevated stories from the continent to a global audience. Festivals in London and Kampala are convening lovers of African literature and social media users frequently share reviews of their favorite books via hashtags such as #AfricaIsLit. In Rwanda, 26-year-old social entrepreneur, author and blogger Dominique Alonga is instilling a strong reading culture in the next generation.

For me, reading creates a safe space. I wanted to provide that for other people.

In 2014, after a few years abroad, Dominique returned home to Rwanda and was disappointed in public access to literature outside of the country’s main Kigali Public Library.  She launched a book donation campaign and within a few months more than 2,000 titles had been donated from around the world, which allowed her and her team to establish their first community library. One year later, she founded Imagine We Rwanda, a publishing house that offers young Rwandans an opportunity to share their stories. 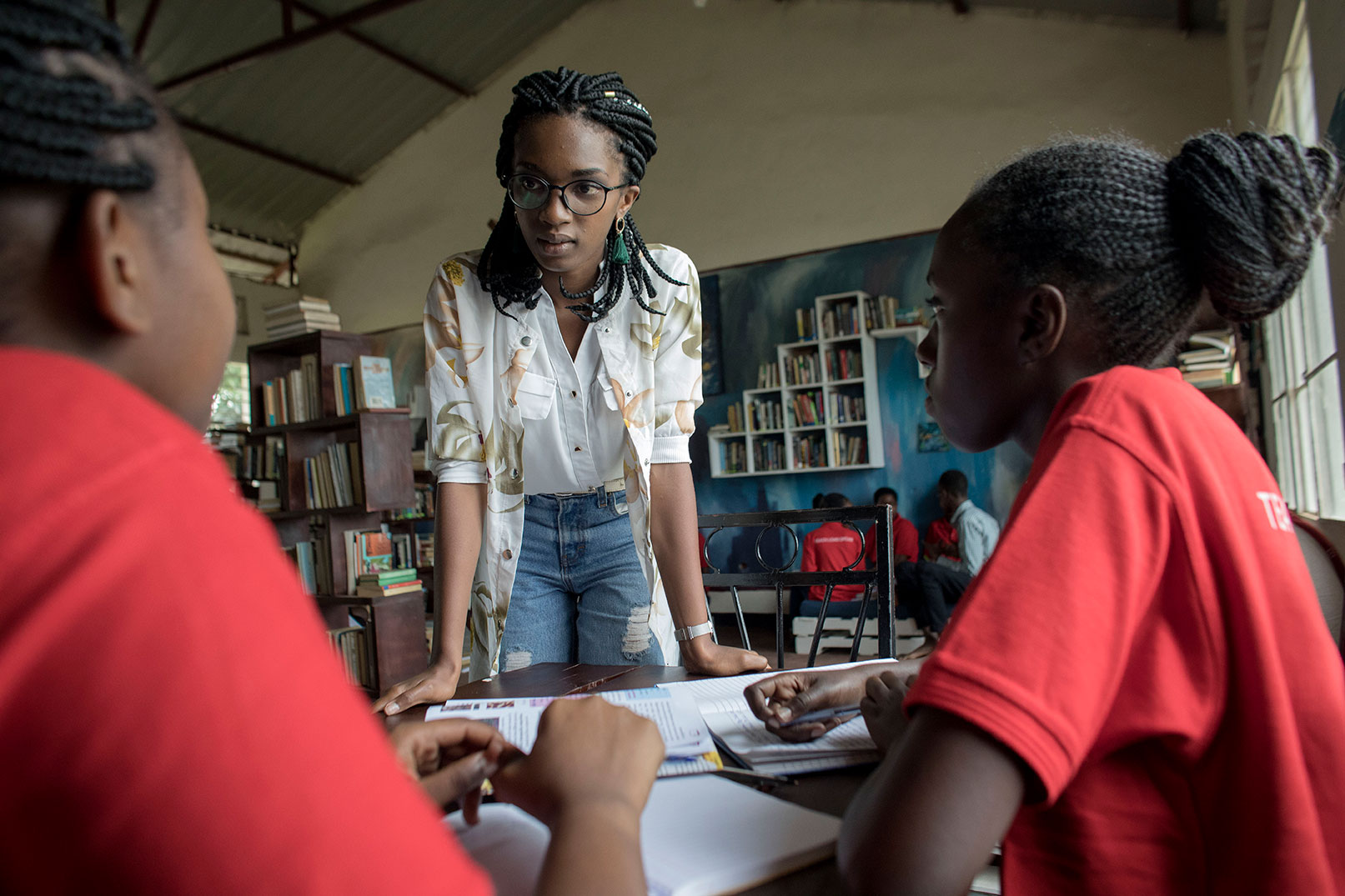 “I’m trying to get more young Rwandans and Africans to produce their own stories. Our stories are being told by lots of different people — it’s high time we tell our own,” Dominique says.

In addition to publishing books in which young Africans can see themselves, Imagine We also trains authors, donates books to schools in need, and creates platforms for self-expression. Since its launch, Imagine We has published seven titles. Read on to learn more about how Dominique is changing the reading culture among Rwandan youth.

How did you get into publishing books? And why did you decide that books were the medium through which you would tell stories?

For me, reading creates a safe space. I wanted to provide that for other people. At [our first community] library, we were receiving kids from low economic backgrounds who sometimes would struggle with access to basic needs such as sanitary facilities. I debated in my mind whether books were necessary when there were such dire needs. We then created a system where if a child would read five books, they would get a toothbrush, soap or sweater.

As they read the books, most of which were Disney, the children noticed that only people with a certain skin tone could fly or could be a hero. This was an unintended consequence of the literature we had given them to read. My team and I started to think critically about how to produce books where these kids could see themselves and read about stories that reflected their own contexts. A year later, after a lot of fundraising, we launched our publishing house with the book Oh Rwandan Child by Peace Kwizera. Kids were excited and able to recognize seemingly unobvious things like hair textures! They were really impacted by that.

You publish a lot of children’s books. Why is this so important to you?

I’m passionate about children. The African child has little resources to validate his or her imagination. The more we validate them and encourage their ideas, the more they will act on them. The older generation are a bit harder to penetrate as they’ve been moulded to think and live in certain ways. Fresh minds learn fast, they absorb things and they are curious. There’s so much hope when working with kids. I’m able to see the Africa that I’ll leave behind, so it’s very exciting. 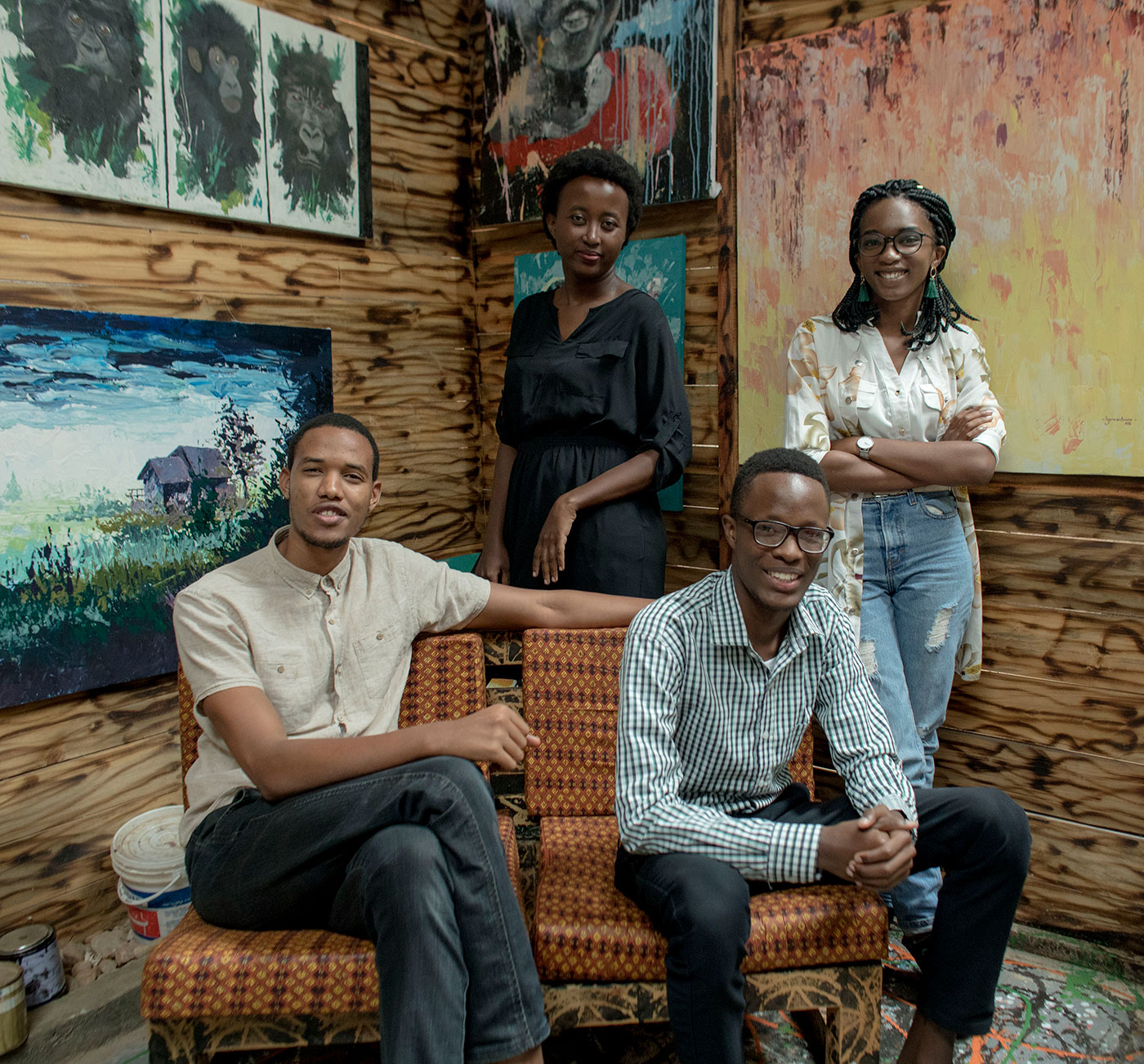 What did it take to set up the publishing house?

I started when I was 22 years old with zero skills. My team and I were just extremely passionate about making change in Rwanda and leaving our mark. We had to think about what kind of paper we needed for books. We worked with illustrators to create illustrations that matched the texts. Copyright registration only recently began so we’re setting up our authors for that. There’s been a lot of learning along the way.

How have your books been received?

There are people who love the vision and volunteer their skills. Others have been very skeptical. They question my age and gender. Some have even said I’ll give up as soon as I get married or that I need to get married as this work is too much for me. I have to battle a lot of stereotypes and cultural perceptions, but I’m also emboldened by the people who are inspired by me and find hope in the work we do. If more young Rwandans feel empowered to take their own initiatives, the whole country is lifted. 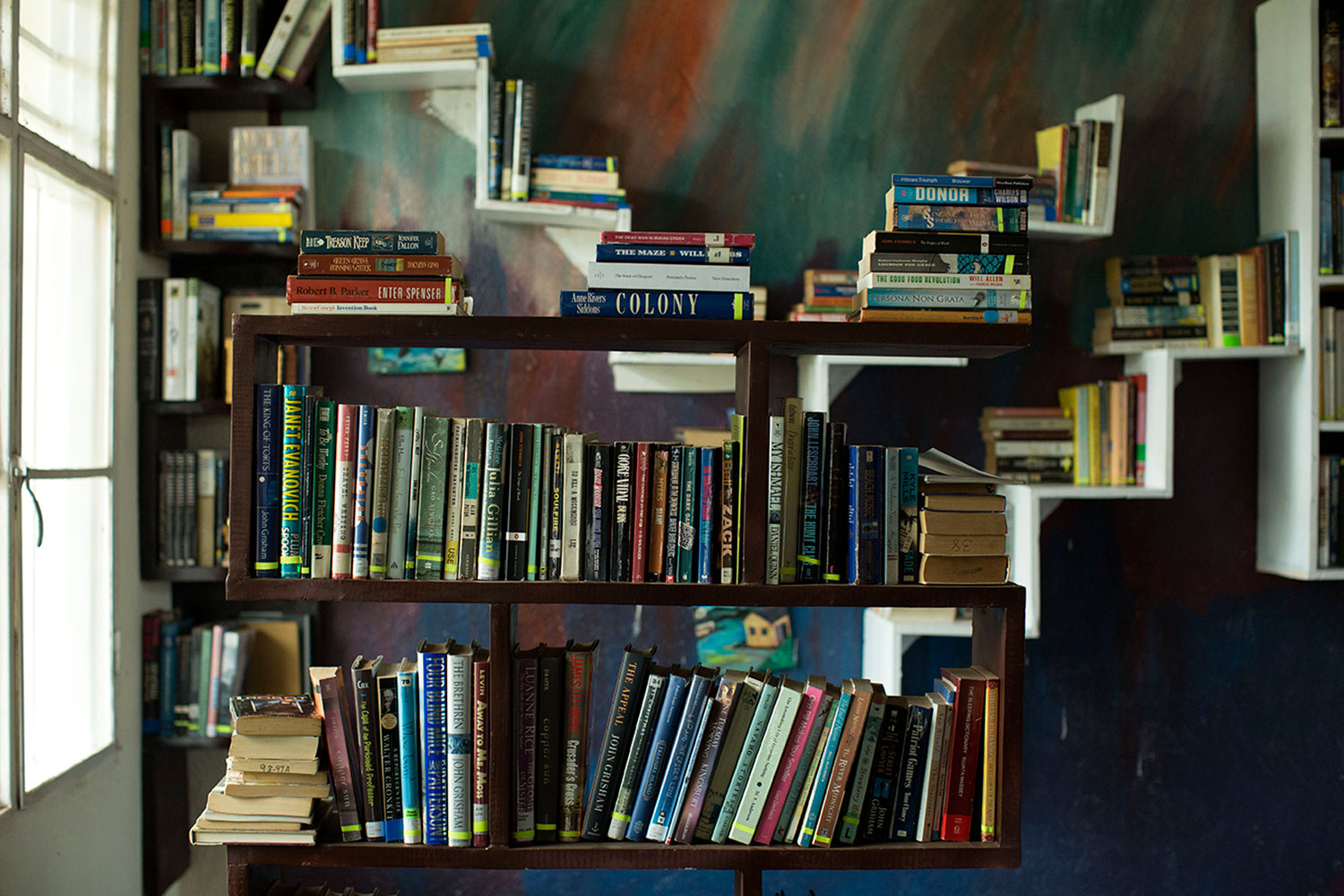 Some of the books at White Dove Global Prep. 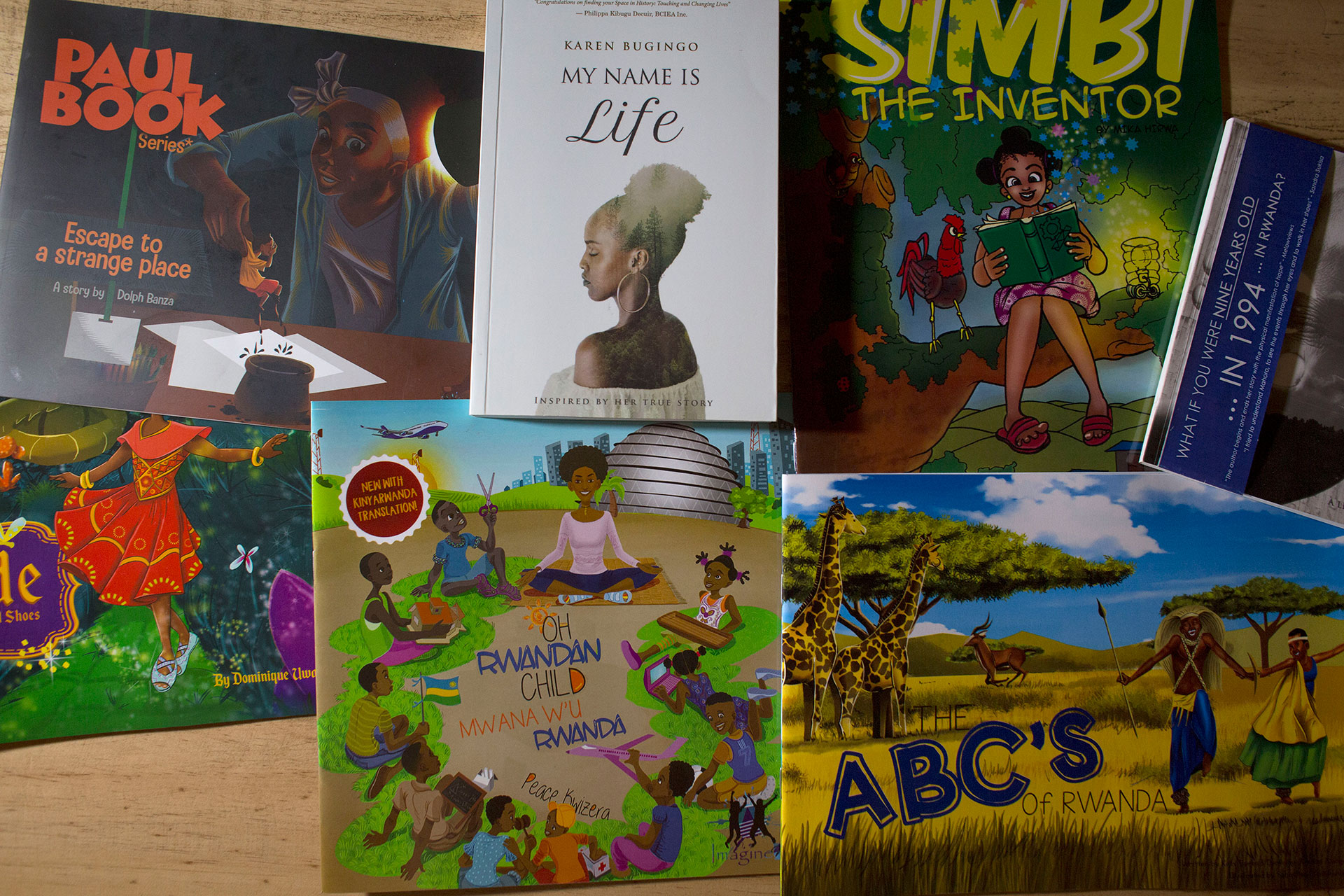 Some of the books published by Imagine We. 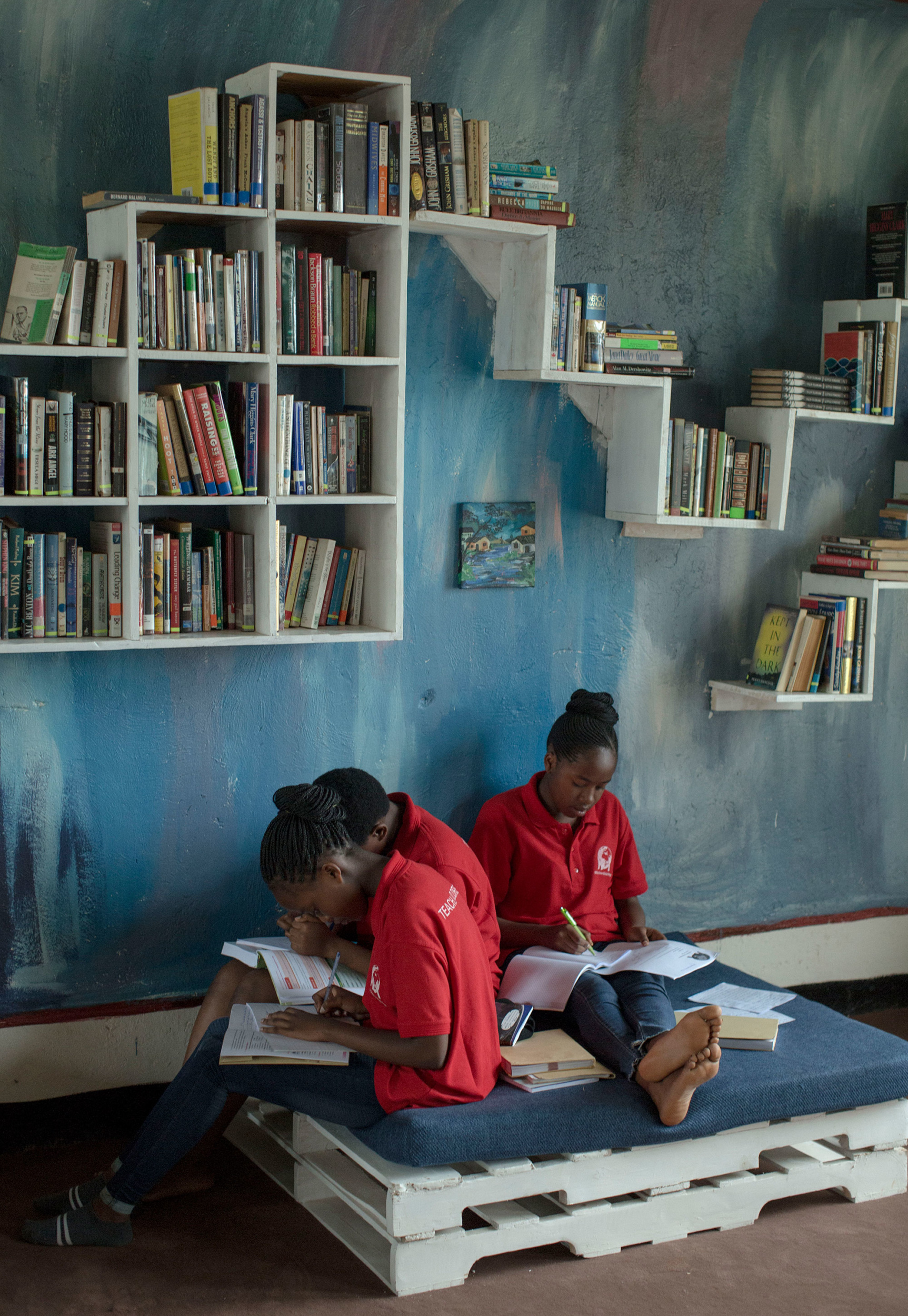 White Dove Global Prep students reading at their school library. Imagine We helped design and stock the library with books.

Talk to us about the high school you work with and the importance of mentorship.

I’m deeply passionate about young women and try to use my platform to lift them up. Since 2016, we’ve worked with a brilliant all-girls high school in Kigali called White Dove Global Prep. We helped set up their library and donated books and on an ongoing basis, mentor them on public-speaking, writing and building their self-esteem.

What’s your hope for young people in Rwanda?

My hope for the next generation of Rwandans is that they do better than I’ve ever thought of doing. I hope that they reach a point where they don’t worry about what they eat or where they go to school or whether to wash their shirt or take a shower. My hope is that as I lift them, they lift others up.

Where do you see Imagine We in the next few years and what’s next for you?

There’s so much dignity in telling our own stories. After the genocide against the Tutsi, there was a lot of brokenness but there was also so much resilience. Many people were afraid to tell their stories which impacted how they world saw us. Rwanda was associated with sadness. Beyond this, we want people to see our courage, strength and love for each other. That can only come when we tell our stories. I hope that as more people share their stories, they find healing for themselves and also for the country. These stories will be a great resource for the next generation; for them to know their heritage. My hope is that Imagine We plays a key role in this — reminding people that their stories are beautiful, valid and that they are shaping who we are.