How this teenager went vying for the olympics - CARE 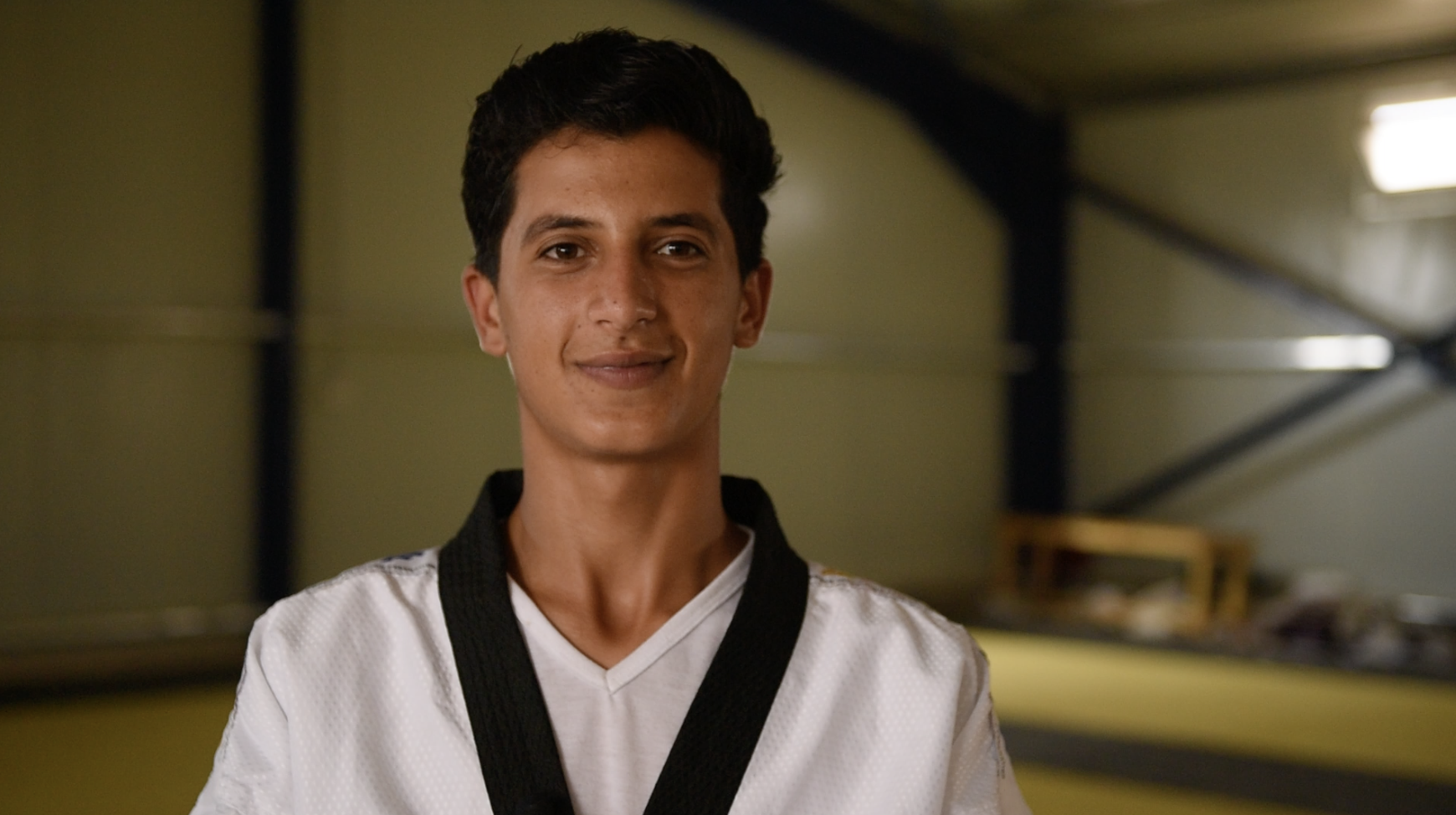 When Wael came to the Azraq refugee camp in Jordan, he never thought that six years later he could be contending for the 2020 Tokyo Olympic Games. A journey that began in a CARE-sponsored taekwondo class changed his life and is continuing to transform the lives of children in one of the most dangerous areas on earth.

As of December 2018, the Azraq refugee camp in Jordan is home to over 40,000 people, most of whom have fled the continuing violence in Syria. The camp is host to a variety of educational, occupational, and community areas, including multipurpose sports centers. In 2020, one athlete’s journey that began at a CARE-sponsored sports program in Azraq could propel him to the Summer Olympics in Tokyo.

Amid the chaos of his youth, Wael was able to make time for enjoyment. “I used to watch Bruce Lee’s movies. That got me eager to do Kung Fu like him. I started trying all kinds of martial sports, at least to defend myself. I practiced fitness, bodybuilding, and all sorts of things. I did not know taekwondo at all.”

Karate may have been famous in Syria, but in the Azraq camp, taekwondo is king. Soon after arriving in Jordan, Wael saw a taekwondo exhibition at the camp. “I liked it a lot,” he says. “There was a woman there, and I asked her a lot to bring us a taekwondo trainer.”

Soon, Wael’s wish was granted. Coach Asef Sabah came to the camp in 2016. An experienced taekwondo trainer and international judge, he has participated in and judged tournaments in the U.S., Canada, Japan, and around the Middle East.

“Thank God,” he says, “I had the opportunity to be in the camp here for the refugees.” Thanks to a partnership between the Taekwondo Humanitarian Foundation (THF) and CARE, the Azraq camp became the first refugee camp in the world to develop a taekwondo program.

Sabah believes that “when you give away things that people need, you would be happy more than if you took from them. When I trained the Syrian children, I could see how their spirits grew. It was a great opportunity indeed. The first student I met was Wael.” Coach Sabah knew Wael would be a special student right away. “We could relate somehow and felt chemistry between us. He had the same ideas and thoughts that I have.”

Wael agrees with his role model. “When Coach Asef came to the camp, I could see happiness on his face. Coach Asef did not make us feel like he was there just to train and leave. He made me feel like he was a family member. After the training, he’d stay and make jokes with us. We’d have lots of fun with him.”

For Wael and the other students at the Azraq camp, taekwondo is more than just a sport. According to Sabah, “Taekwondo is not just a physical practice, but it is for the mind and the soul as well. Illustrating the meaning of the word taekwondo, it is Korean. Tae means foot; kwon means hand’s fist; do means the mind.”

The students become part of a dedicated community formed around mutual improvement and camaraderie.

Sabah says that Wael is one of the key members of that community. Wael “is hardworking and has the ambition to be an Olympic player to participate in international championships.” His enthusiasm for the sport hasn’t waned since he saw the first taekwondo exhibition. On November 30, 2017, Wael proved his coach right by becoming the first student from Azraq to achieve his black belt ranking—no easy task just a year and a half after beginning his taekwondo training.

Wael’s dreams for the sport go beyond the confines of the Azraq camp. “When I started training Taekwondo, the thing I liked most about it was that it has lots of international championships, Olympics and so on. It was not just a local sport.”

“Coach Asef came and he had a paper with him. It was written in English. He asked me, ‘Do you know what this paper is for?’ I told him no.” Wael was selected for an Olympic training program that provides grants and other support to athletes with Olympic potential, but the decision on who makes the final team won’t come until next year. “I could not believe myself. I kept staring at the coach and both of us were ecstatic. On my way back, I could not help but cry out of happiness.”

CARE hosted the taekwondo facilities at Azraq for over a year and a half. Today, the Azraq Taekwondo Academy is a major part of the camp community, with a dedicated, purpose-built facility and over 200 students. Coach Sabah remembers the CARE facilities fondly. “We cannot forget that Wael graduated from there in the first place. Before he had a black belt, he used to train inside CARE.”

When you FIGHT WITH CARE®, you fight for the future of children like Wael. Visit care.org to learn more about CARE’s projects around the world, and to learn how you can help keep dreams alive in the most vulnerable communities and situations.