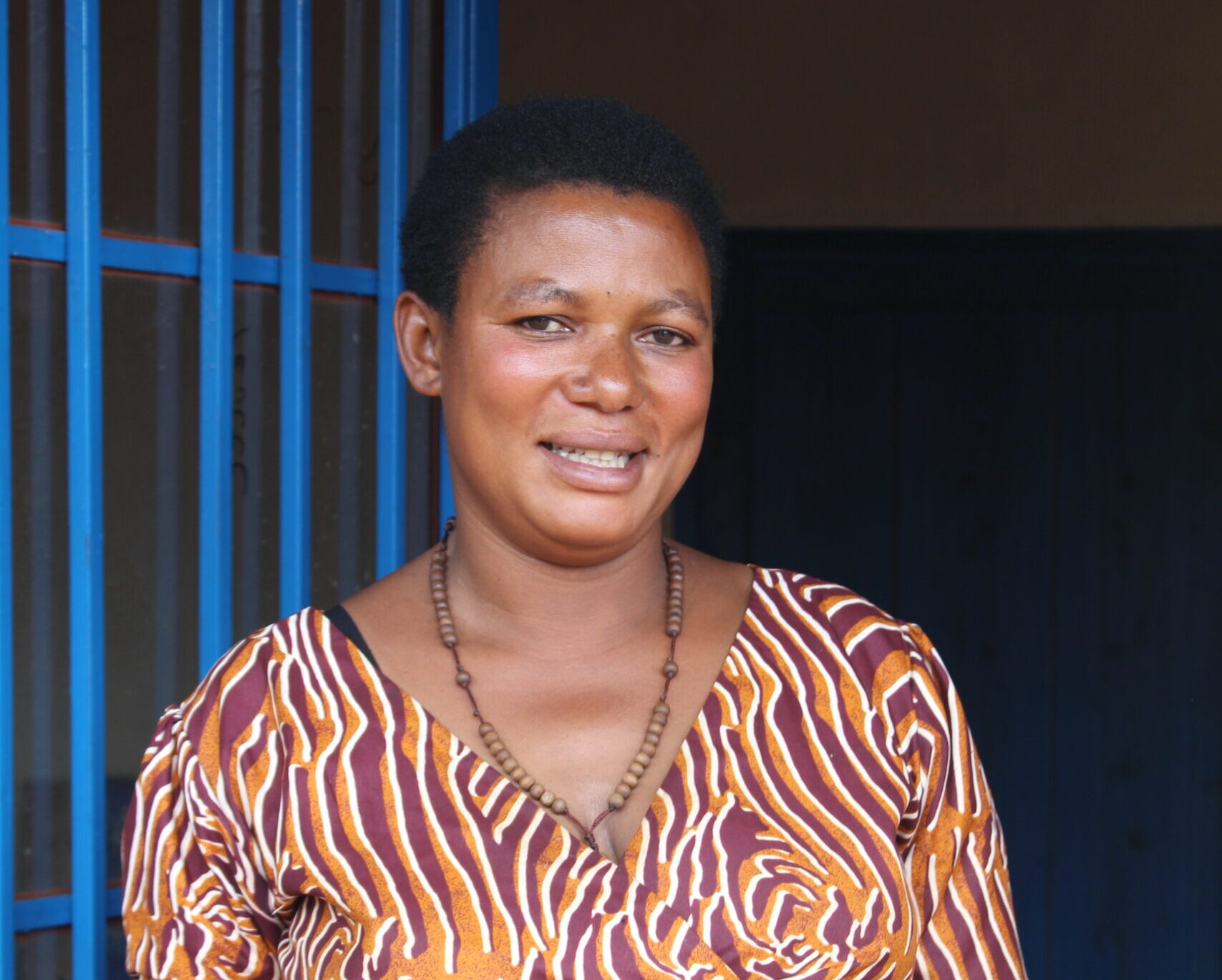 Dissatisfied with the way women's issues took a back seat in her community, Sylvie ran for office — and won.

Sylvie Twagirayezu, 42, became chief of Kibimba in 2020, a hill community in Burundi. She lives with her husband with their nine children, four of whom had been orphaned.

Sylvie herself was orphaned at a young age, she says. “I lost both my parents to the civil war when I was only thirteen. I am the oldest of seven children, so I had to leave school to take care of them. I was selling bananas and drinks to feed them.”  These entrepreneurial skills have served her well and Sylvie now runs a beverage business with her husband.

Sylvie came into contact with the Every Voice Counts (EVC) program through her Village Savings and Loans Association, of which she is president. Sylvie and other women from her community were trained in leadership and women’s role in decision-making.

As a result of the EVC training, Sylvie was inspired to run for public office as chief of her community. “EVC really opened my eyes,” she says. “With the knowledge I got from the program, I felt the need to run in the 2020 elections. I saw the struggles that women in my community were facing. They had difficulties raising their problems in front of men, and ended up coming to me, while I was not an elected official. I wanted to represent them, to be a bridge between them and the authorities.”

I almost gave up. But the women in the savings groups supported me all the way and I received 86% of the votes.

“It was not easy at first. The men who were already in elected positions doubted I could be a good leader, arguing that I wouldn’t give up my business, or that I have a toddler and I would not have time,” she says. “I almost gave up. But the women in the savings groups supported me all the way and I received 86% of the votes. I have great compassion for my community, I listen to those in need. I think that’s one of the reasons that I was elected almost unanimously. I can proudly say I’m now representing them well. Now women are no longer afraid to be part of decision-making bodies.”

Since becoming chief, Sylvie has already identified the most vulnerable in her community and helped them with housing, as well as helped make the roads more passable.  She also represents 11 communities through a government program fighting gender-based violence. Her dedication is unwavering. “My greatest ambition is to contribute to ensuring that there is no more violence against women in our community,” Sylvie says. “I want Kibimba to be an example to surrounding communities, so that others can learn from us.”

Sylvie encourages others to follow her path for the betterment of women. “I would encourage other women to get involved in associations and to get elected into decision-making bodies. I believe that when we are more numerous, there will be less violence against women.”