Meet the Racecar Driver Leaving Gender Stereotypes in the Dust 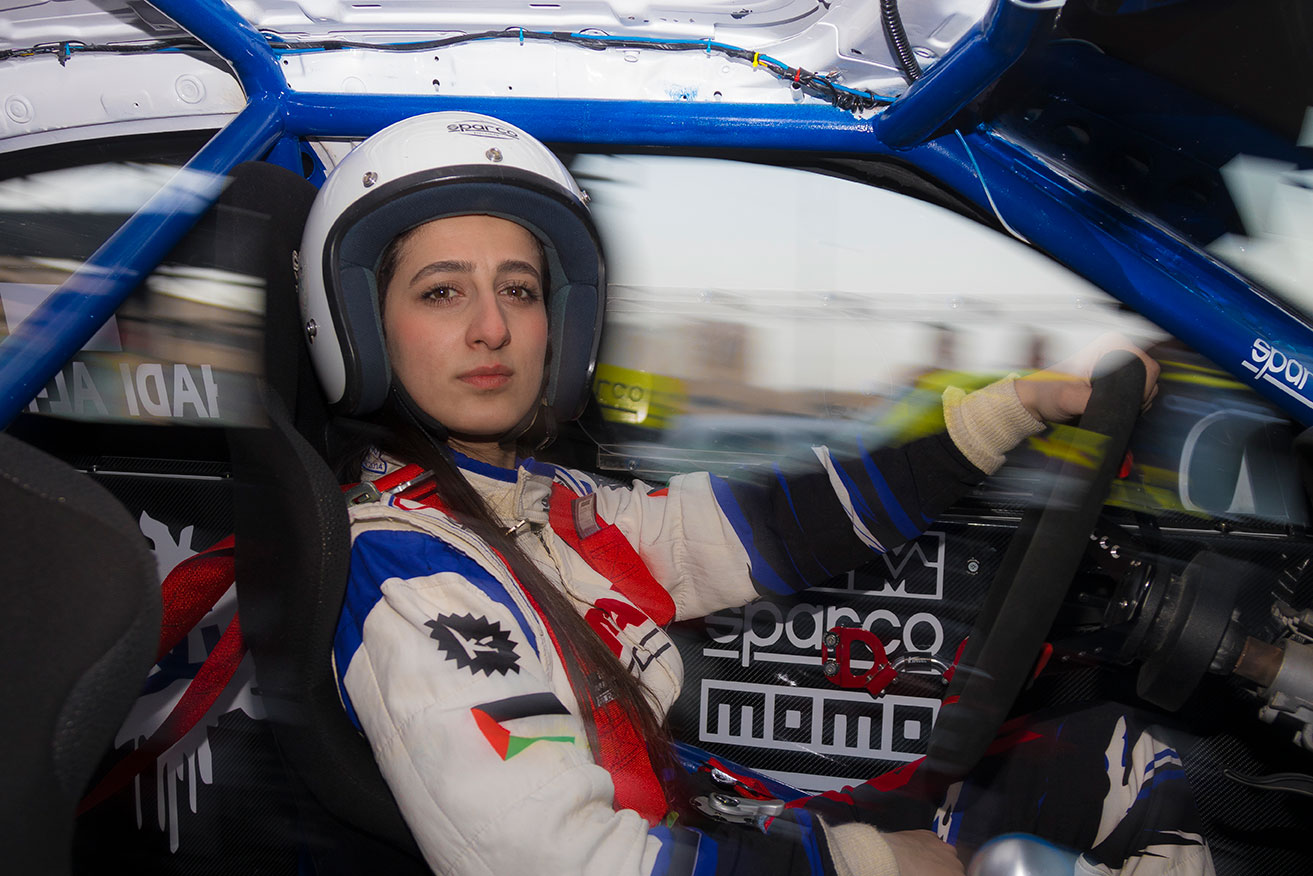 Car racing may be a male-dominated sport, but women like Marah Zahalka are changing that.

Tell Congress to fight for women and girls in emergencies

Marah Zahalka was only 12 years old when she took her parents’ new car for a joy ride around their West Bank neighborhood Jenin. Her parents thought the car had been stolen, only to look down their street and find Marah, barely big enough to see over the wheel, driving.

“She was drifting through the neighborhood,” says Marah’s father, Khaled. “I asked her, ‘How dare you take the car? Who taught you to drive?’”

Marah’s mother, Aarab, was working as a driving instructor and Marah had been watching her closely and learning. Kahled had long had a love of cars. Rather than punishing Marah, her parents encouraged her passion for driving. At 15 she learned of the local street racing scene and became determined to participate. One week after turning 17 and getting her license she drove in her first race.

Car racing may be a male-dominated sport, but women like Marah, 28, are changing that. At improvised race tracks around the West Bank, she is breaking records and stereotypes. Marah, along with four other women, formed the Speed Sisters, the Middle East’s first-ever female race car team. The Speed Sisters have since disbanded, but Marah continues racing as much as possible.

Marah’s path to success wasn’t a smooth road. “We faced problems when Marah first started racing,” Khaled says. “She was the only girl among 50 guys and my family was against it. I told them that I only care for developing my daughter’s skills and I asked them not to interfere.”

“We are more than friends,” Marah says of her father. “He was really happy to find this talent in his daughter and he didn’t want to deprive me from what he was deprived from. I am really glad to have a father like mine.”

Khaled grew up in a refugee camp and it was his childhood dream to be a race car driver. He was never able to pursue it, so he went to great lengths to support Marah. “They call it the sport of the rich,” Khaled says. “I have to work hard so I can offer her everything she needs.”

He worked multiple jobs, went into debt to buy Marah cars, and taught himself how to do the necessary tuning and maintenance. Despite her father’s support, she faced strong criticism. Some people stopped speaking to Marah and her family altogether.

“Because I love my people, I didn’t want to oppose them,” she says. “I tried to get closer to them and prove that by racing I have talent and ambition.” 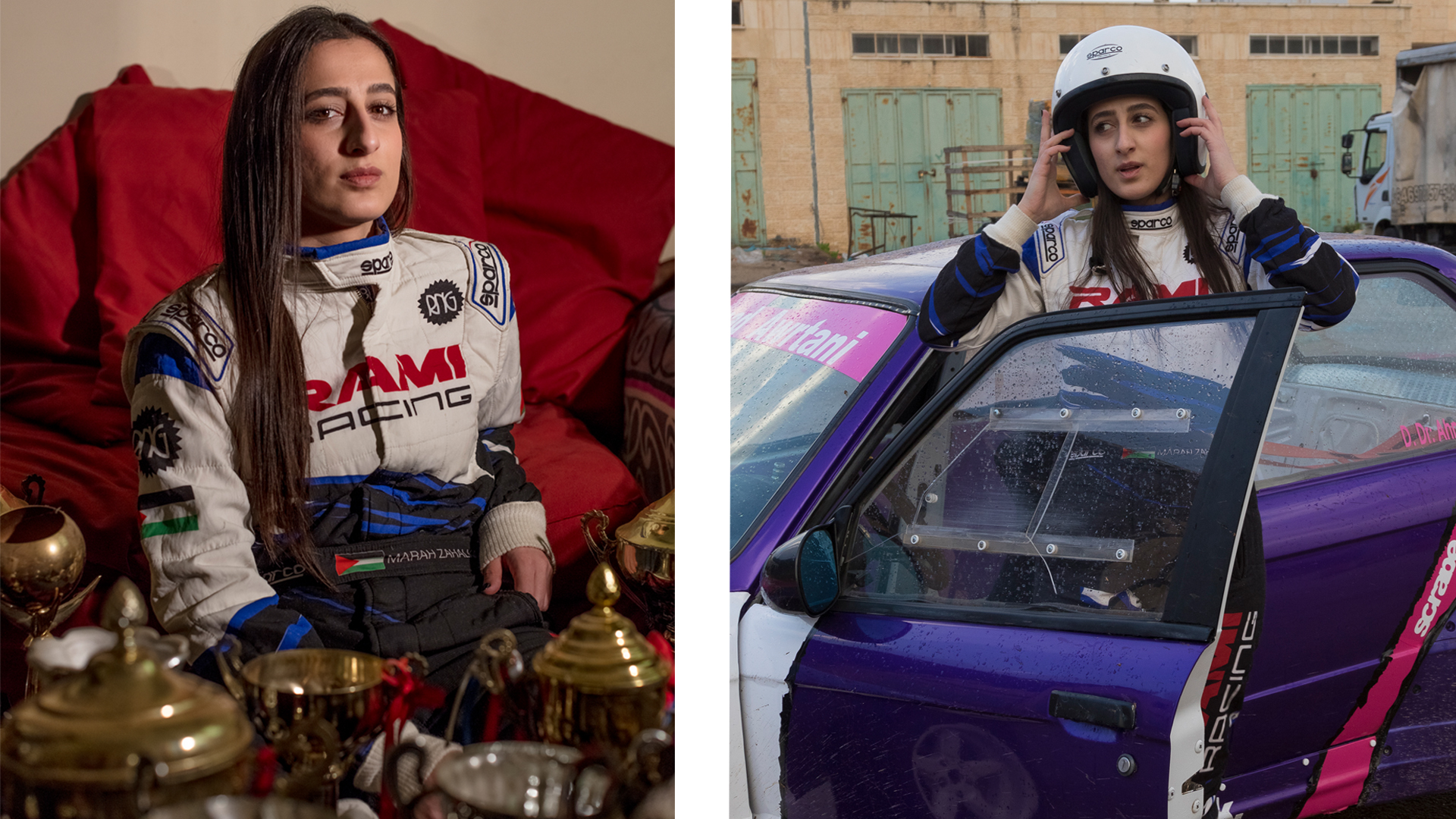 And with every successful race or championship, she won more acceptance from her community. Living in the West Bank presented other barriers. Road blocks, curfews and visa permit issues can make travel to practice, races or exhibitions difficult, but she says following her passion is liberating and encourages others to do the same.

“Heroes are those [who] look further than the political and social restrictions in our country and are those who stick to their dreams,” she says.

One afternoon last year in Jenin, about 20 drivers took over the Old Jenin Vegetable Market. With the vendors gone for the day, the market’s square lot became a race track. The drivers took turns ripping through the roughly paved lot. Marah, the only woman present, strapped into a purple car streaked with bright pink and tore across the track, leaving clouds of gravel and dust in her wake.

“Racing gives me the most important and needed feeling, which is freedom, it makes me feel powerful and able to do something,” Marah says.

Because of her dad’s strong will to support her, Marah says he is her hero. And she is his. Khaled calls Marah “rebellious, fearless. She does whatever she wants. Marah is my hero forever.” 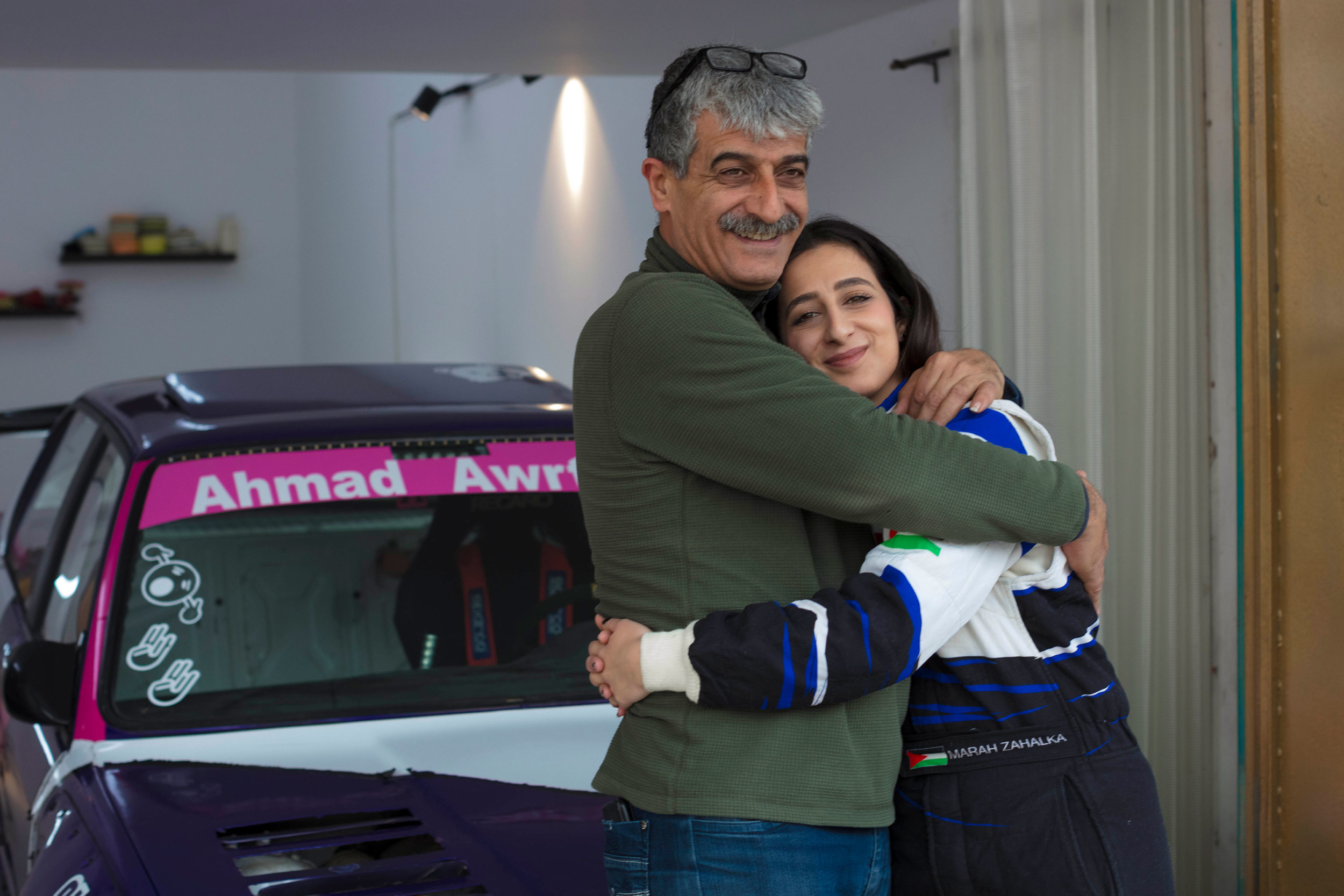 Meet other inspiring women and girls like Marah and fight with CARE to make #WomenEqual.