Ukraine: Meet the Volunteers Risking Their Lives to Deliver Aid to People in Need - CARE

Ukraine: Meet the Volunteers Risking Their Lives to Bring Aid to People in Need 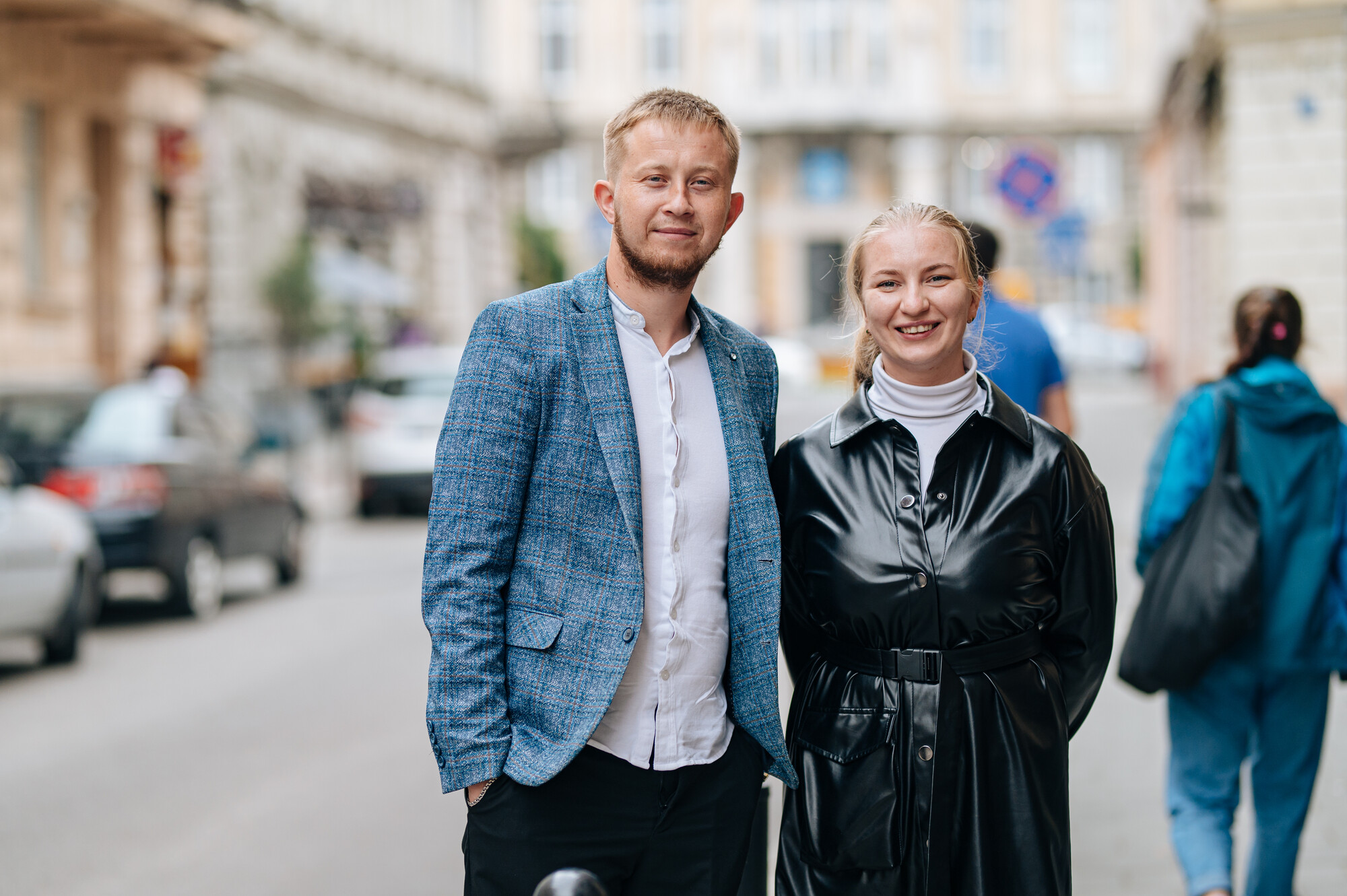 Maria works as a project manager for an NGO in Lviv, Ukraine, a city roughly 40 miles from the Polish border. But she also takes part in a student-led initiative to deliver boxes of humanitarian aid to people in the areas of Ukraine more heavily hit by fighting.

Together with 14 other drivers, the students risk their lives to deliver food, clean drinking water, medicine, hygiene products, and other daily necessities to people in need.

“We plan so that we never have an empty car,” explains Bohdan, 25, a law student in Lviv who is also part of the initiative. On their way to the areas with active fighting, the students bring boxes of necessities, and on their way back, they bring families, pets, and important documents that people left behind when they were forced to flee in a hurry.

Six months ago, when the war first escalated, the student-led initiative needed three days to organize themselves. But then on February 27, the first drivers got behind the wheel and drove to Kyiv to evacuate the first two families. They now drive to towns in Kharkiv, Kherson, Donetsk, Dnipropetrosvsk, Mykolaiv and Odesa – areas that are heavily affected and very dangerous.

Because of the war, it is more difficult for men to leave Ukraine, but as a woman, Maria is allowed to cross the border to Poland, where she collects humanitarian aid and brings it back to Lviv. There, Bohdan divides it up into boxes and brings the boxes to people who are completely cut off from supplies.

“We learn from each trip. First, we didn’t even bring a spare tire.”

“We didn’t have any experience with this,” explains Bohdan. “Now we are better prepared.”

In the beginning, Bohdan also didn’t wear a bulletproof vest, because he found them heavy and uncomfortable. Where they usually study law and history, sit for hours in libraries and worry about the next exam, they now plan trips to some of the most dangerous places in a country in conflict.

On one trip from Lviv to Kyiv, the students had one car completely destroyed. To avoid a detour, they had taken a more dangerous route. The drivers survived — barely.

“We have very thorough and in-depth lists and plans now. We want to save as much time and be as precise as possible,” explains Maria. One wrong step, and the drivers face life-threatening risks.

“An hour matters. I arrived in Mykolaiv at 8:00 a.m. and left half an hour later. At 9:30 a bomb went off at the exact same location I was at,” Bohdan remembers. 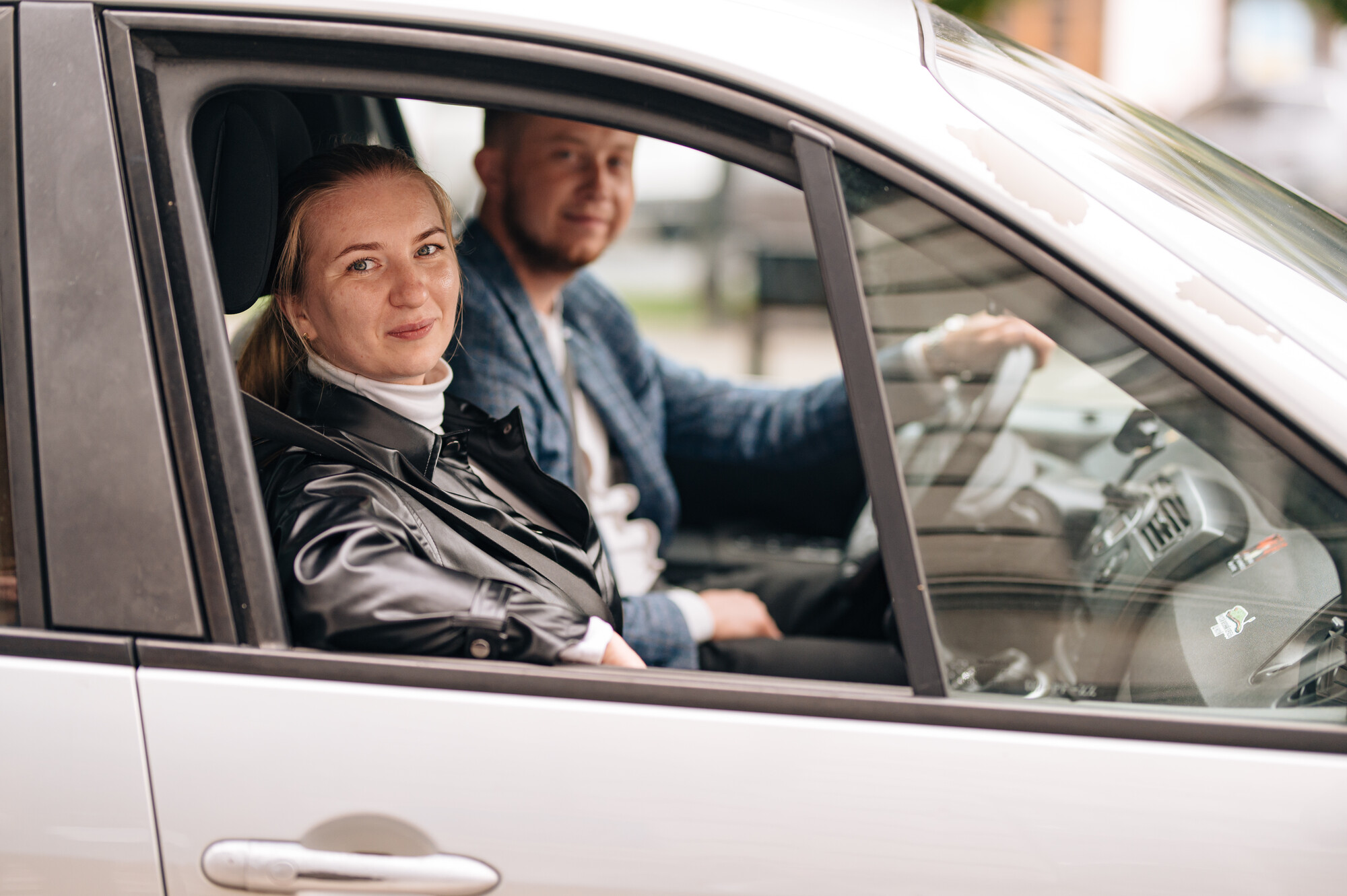 Maria, 31, and Bohdan, 25, are volunteer drivers for a local student organization in Ukraine.  Photo by Laura Russ/CARE

Every minute and every mile matters

Fuel is also a major challenge for the students.

“In the beginning we used our own money. Now we receive support. But the prices for petrol have doubled in the last months,” explains Maria. One full tank for a small vehicle (17 gallons) was about $38 – $52, now it is at around $105.

“We need to plan a little extra for detours, when a road is blocked, has active fighting, or is destroyed. This takes longer and uses more of the expensive petrol,” she continues.

Their plans also include detailed instructions for the deliveries. It tells the drivers which box goes where and to whom, who to call at what time, so they are ready, and the delivery goes as fast as possible. In about 200 trips they have made in the last six months, they only had two incidents where a box did not arrive where it was supposed to. One landed in the hands of the wrong person, and another fell off the car on the road.

“All other boxes were given to the right person at the exact right time,” says Maria proudly. 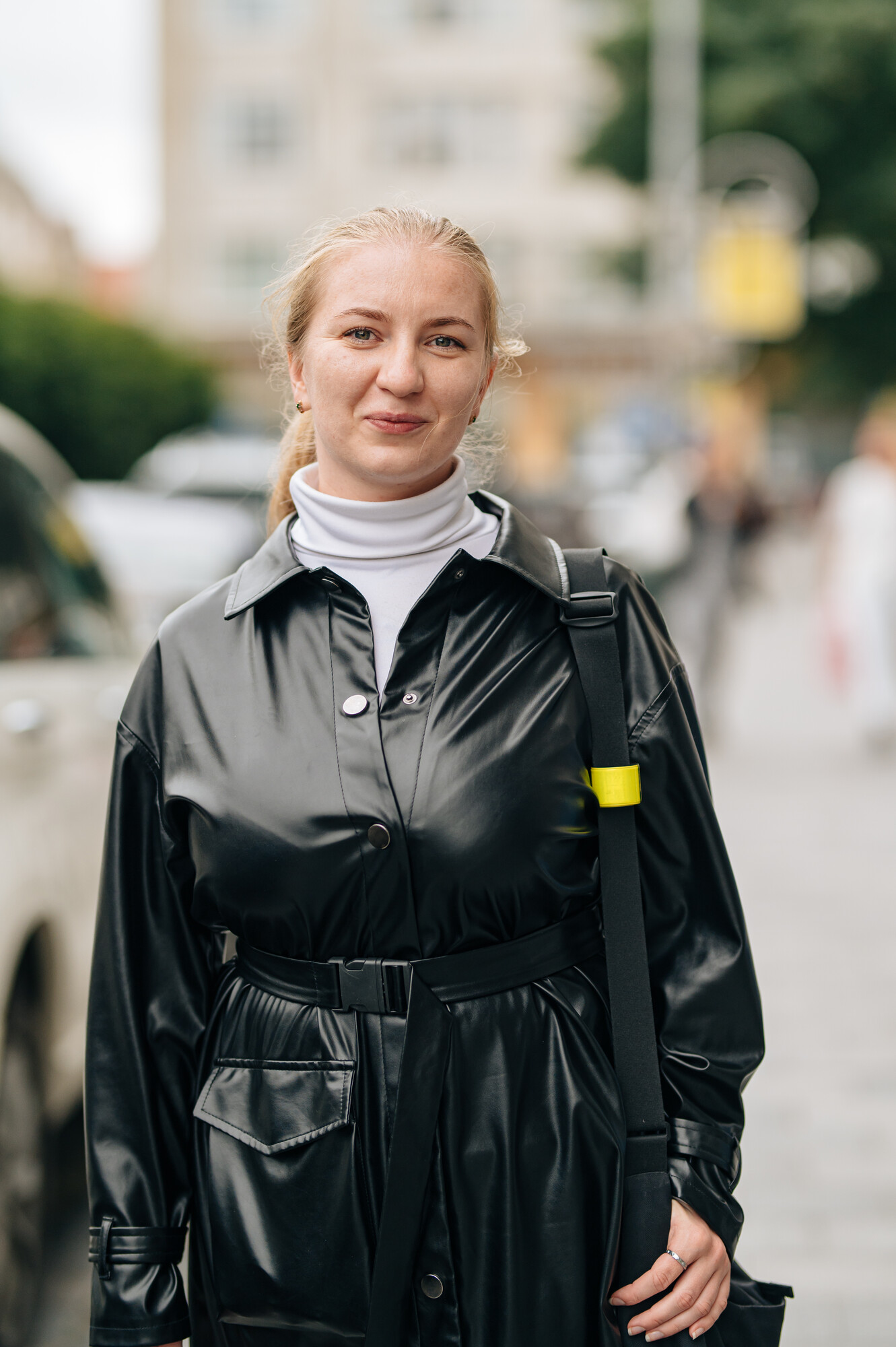 Maria, 31, is a volunteer driver for a local student organization in Ukraine.  Photo by Laura Russ/CARE

Their system works and saves lives. But plans and lists aside, they still cannot eliminate the danger.

“We often panic after such a trip, when we look at a map and see how close we actually were to the danger,” Bohdan admits. The scariest moment for him was close to Kyiv.

“A military plane was flying very low over us. Then a factory next to us exploded. It is terrifying when rockets fly your way”

Even though it is very dangerous and terrifying, Bohdan never says no to a trip.

“I cannot stay away. I see people living in metro stations, I hear what the displaced tell us about the war. It is my responsibility to help and to get them out of there,” says Bohdan.

But there are also moments of hope that give Bohdan strength to continue.

“The people really appreciate our help. They are now waiting for us. Sometimes someone makes me a sandwich late at night when we arrive. I can see that what we are doing is important.”

Next to families the drivers also rescue pets. At one time Bohdan had 42 cats in his car. One of them had kittens on the road. In 25 weeks since the escalation of the war, Bohdan made 27 trips to these areas, but he still feels that he isn’t doing enough. “I want to do more, even if I work non-stop. If I go to a coffeeshop to drink a cup of coffee, I feel guilty, because I could be on the road and save more people,” the student says, looking at the cup of coffee in front of him.

On each trip the students learn what the current needs are. “Food is needed most. Ninety percent of businesses in areas with active fighting are closed. They do not have any food. They are hungry. In Mykolaiv is no more safe drinking water. First, we only had a few bottles of water with us, now we bring filters, and the car is always full of water,” describes Maria. 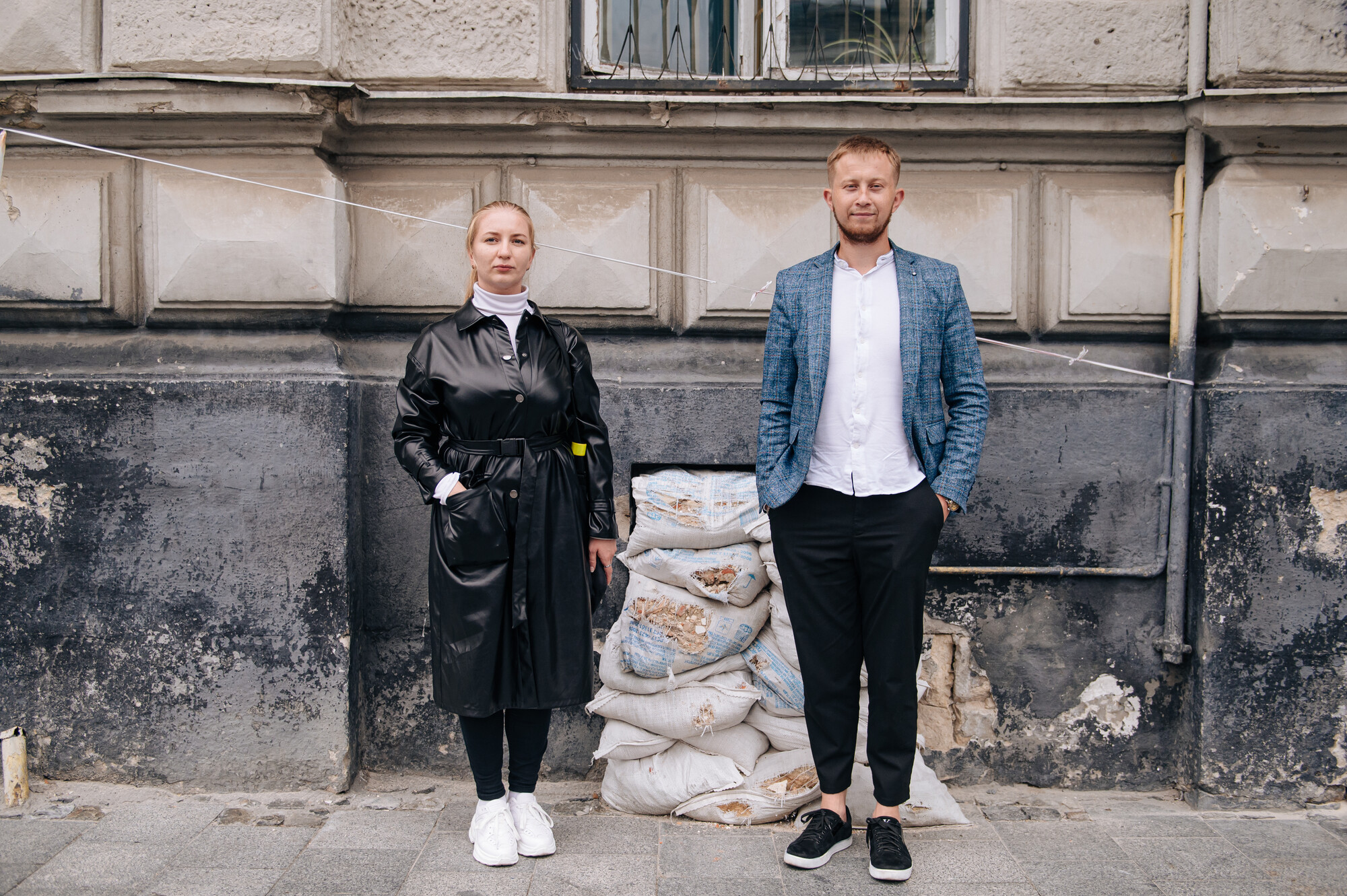 The students are in need of basic items such as food, water and medicine, but they are also looking at the winter.

“It will be a very difficult winter. People are burning out. Psychological support will be needed more and more,” says Maria.

The volunteers have been working continuously for six months now. Also, the drivers will face their limit, as such a trip over four days and to up to 10 cities in one trip is physically exhausting. They never stop. Not even when there is an air alarm. Stopping is too dangerous. But Maria and Bohdan will continue for as long as they can.

“We get a lot of support. An official at the Polish border helped me cross at one time, even though I had the wrong documents, Maria reflects.

“We are all one community now.”