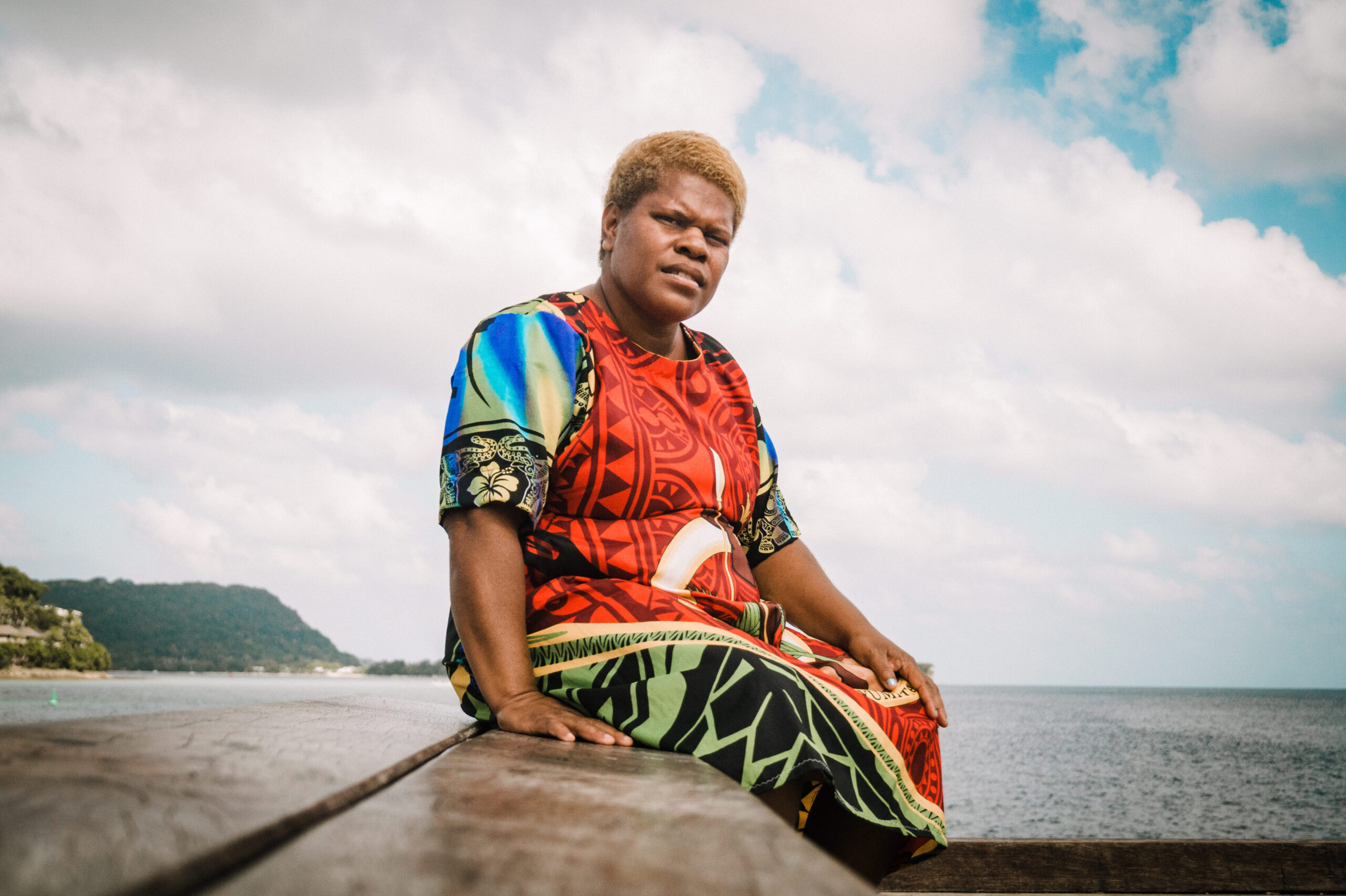 Marie is committed to eliminating gender inequality and ensuring that everyone is valued. Photo by Talula.

Marie is committed to eliminating gender inequality and ensuring that everyone is valued. Photo by Talula.

“Every individual on the planet has a story to tell," says Talula.

Marie, 32, comes from the village of Walarano, on Vanuatu’s second largest island, Malekula. She has four adoring parents and is herself the mother of two boys and one girl.

When Marie was born, she was adopted by her biological mother’s younger sister, who was a nurse.

While Marie was attending school, it sparked an interest in teaching, however, she often skipped classes to participate in community activities and eventually dropped out in year 10. She later attended bible school for three years. Through these years of soul searching, she could always count on her adoptive mother’s support in her endeavors.

Marie had some very troubling experiences at an early age. She became a mother when she was barely 16 years old and experienced domestic violence. Through it all, her parents were always ready to welcome her whenever she returned home. Even after she had dropped out of school, she continued to attend short courses at every opportunity, through the Vanuatu Woman Centre and the church.

Marie was an extremely timid woman and hardly ever interacted with others. Her friend encouraged her to apply for CARE’s Young Women’s Leadership Program. She was terrified that she would not be accepted into the program. Marie reflected on the moment she learned of her acceptance: “Never underestimate yourself.”

The CARE workshops she attended gave her hope for the future. Now she can challenge herself to stand up and speak out. Misunderstanding, according to Marie, would not occur if women and men were treated equally. Gender equality brings harmony to the country and community. She shared, “I was fortunate to have entered the program so that I could also empower my children.” Marie added, “Gender equality must be a priority at all levels of decision making. Instead of criticizing one gender, women and men must work together to create change.”

“Gender equality must be a priority at all levels of decision making. Instead of criticizing one gender, women and men must work together to create change.”

Marie participates in a variety of ministries spreading God’s message and the importance of gender equality. She teaches bible studies to children at her home every day. She also teaches them about leadership and creating a safe environment for themselves and others, while sharing God’s words and preparing them to be the best versions of themselves. Her teaching is inspired by Proverb 22:6: “Train up a child in the way he should go, and when he is old, he will not depart from it.”

Whatever she faces, Marie remains optimistic and believes that she can attain her long-term objectives. Her commitment to eliminating gender inequality and ensuring that everyone is valued underpin everything she does. Marie shared, “Always remember, we can accomplish more if we fight for change together, not against each other.” 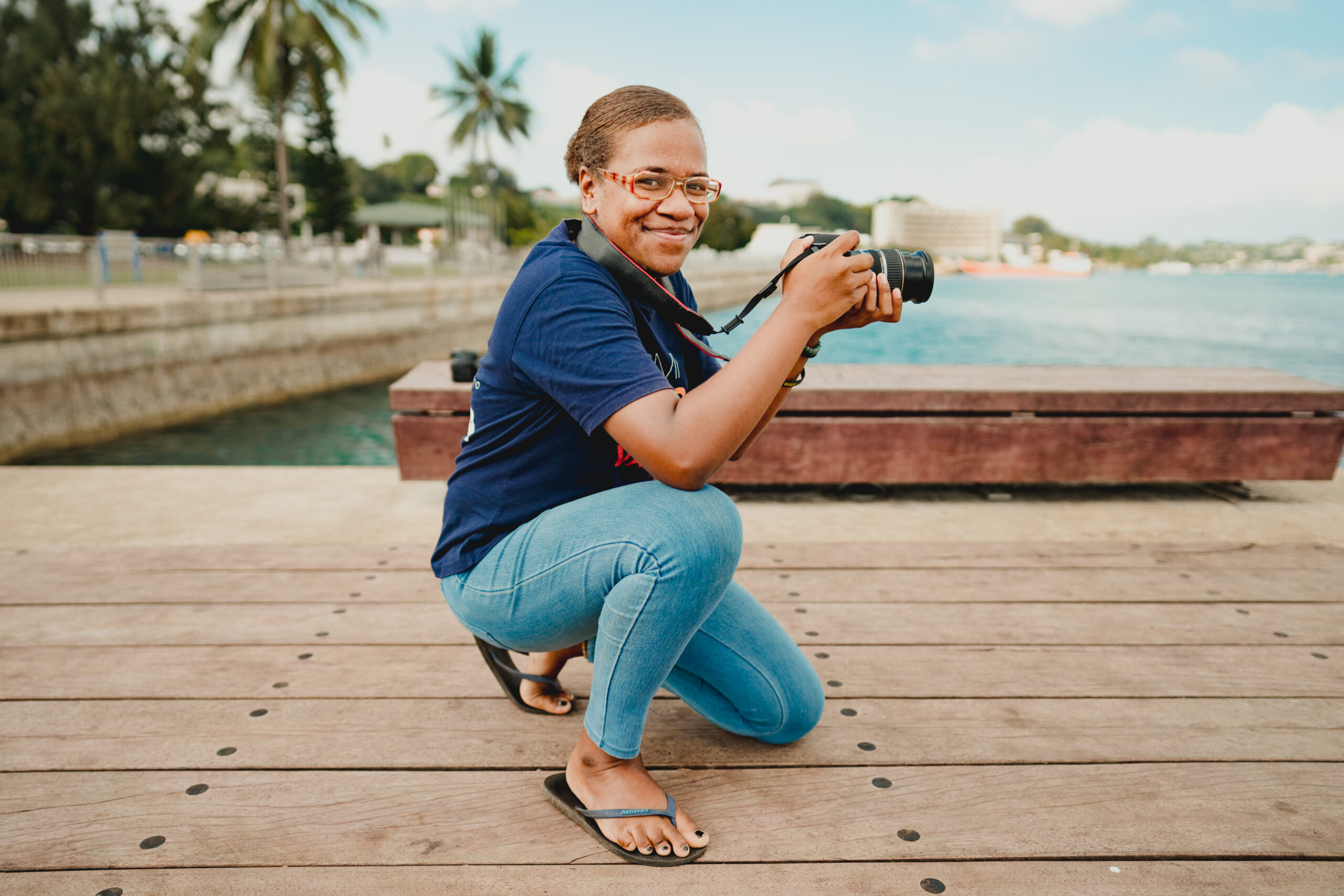 About the author: Talula is a University of the South Pacific student and manages the local business Eliane Passion Sewing and Designs. She is a 2020-21 YWLP graduate. Photo by Valerie Fernandez.

"Include me, include all of us."