A Family Faces Ebola in a Conflict Zone - CARE

A Family Faces Ebola in a Conflict Zone 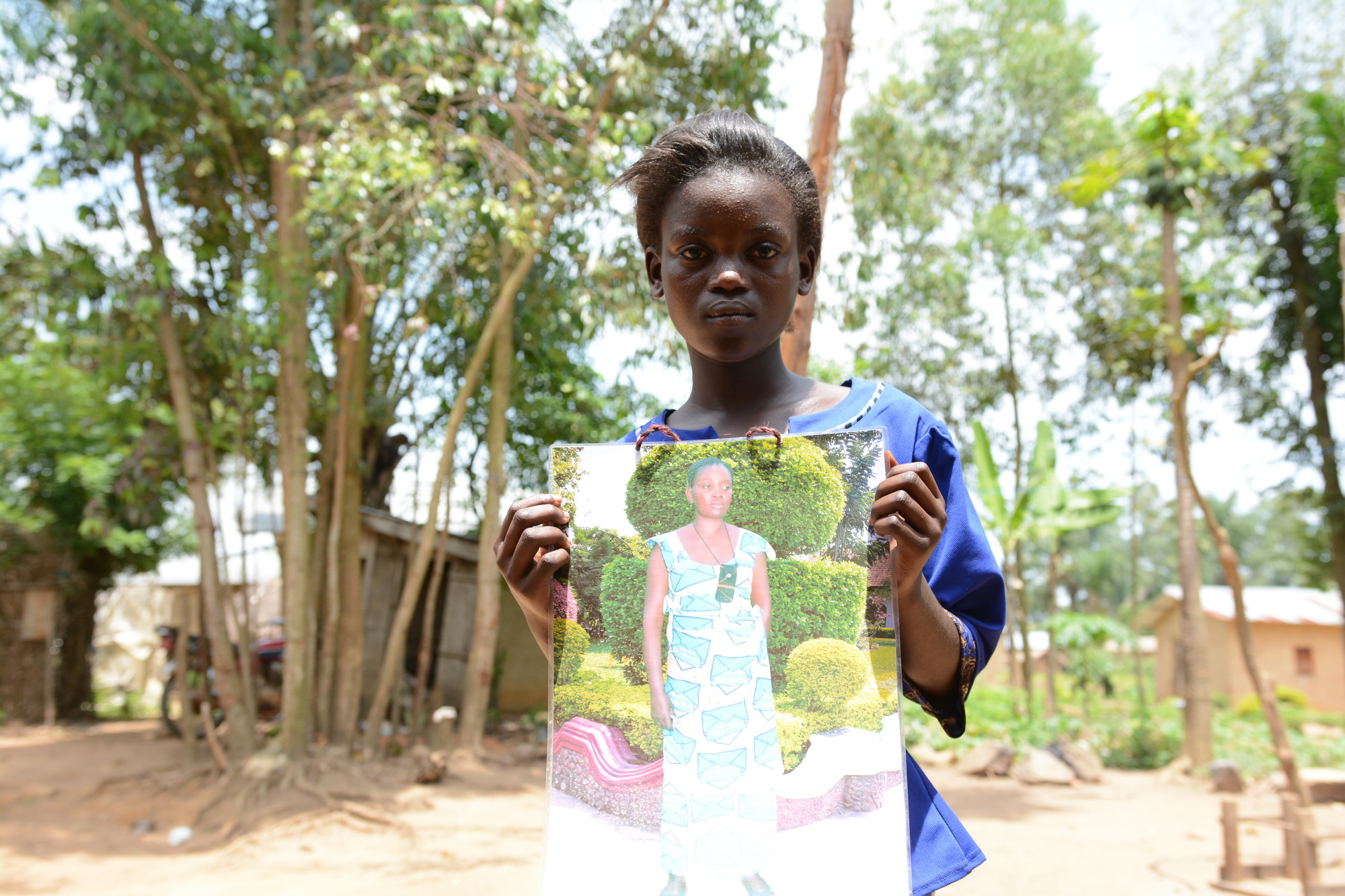 In the Democratic Republic of Congo, aid workers are confronting the tenth Ebola outbreak in the country’s history, but the first-ever in a conflict zone. The number of infected is rising at an alarming rate and at least 289 people have died since August.

As the conflict continues, violence is jeopardizing critical medical care. In September, a rebel attack in Beni in northeast DRC, the epicenter of the country’s latest outbreak, killed 18 people and threatened life-saving Ebola aid.

The nearby agricultural community Ndindi is an active conflict zone where attacks on communities happen almost daily. The community is home to several Ebola survivors, including 14-year-old Aimée. In August, Aimée began showing signs of Ebola, a rare but often fatal hemorrhagic fever. Symptoms of the virus typically begin with muscle pain, fatigue and fever and can quickly worsen to include vomiting, diarrhea, and internal and external bleeding, among other symptoms.

“It scared me so much. I was worried my friends and family would be frightened of me because of my sickness. My friends were worried I might die as they had seen others die,” Aimée says.

Ebola is only transmittable through direct physical contact but is considered one of the world’s most dangerous diseases. It has an average fatality rate of 50 percent that sometimes stretches as high as 90 percent. There is no simple cure but there are vaccine candidates. And for some Ebola patients like Aimée there can be hope when the disease is discovered early and treated carefully.

Aimée’s mother, Janine, 33, contracted Ebola around the same time as her daughter. Although she was recently deemed cured she wasn’t immediately discharged from the hospital where she had spent a month receiving treatment.

“I cannot express how sad and down I felt during my mother’s absence, and how happy and excited I am that she’s returning soon,” Aimée says.

School started a few weeks ago in DRC but Aimée cannot attend the eighth grade like she should because she doesn’t have a uniform, school supplies, or her mother by her side.

“She prepares my food for me and makes sure I have everything I need every day,” she says.

Aimée and her mother are not the only two in the family who have faced Ebola. In August, Aimée’s grandmother, Masika, 48, died from the virus. Aimée has a dozen uncles and aunts, eight of whom are under 18 and relied on their late mother for support.

“She was the one providing for us,” Aimée says. “She worked in the field, sold the produce in the city market and returned with money. She managed all our family matters. She had a solution for everything. There is now a big void in our family.”

It is more common for women to be infected by Ebola since they are most often the primary caregivers of their spouses, children, and other females in the family. At least 56 percent of Ebola patients from this most recent outbreak are female.

Like many others in his community, Aimée’s grandfather Kambale, 53, didn’t believe Ebola existed until he lost his wife to the disease.

“Now, we believe Ebola exists,” he says. “Everyone needs to accept that and be cautious, be vaccinated, and cooperate with the paramedics who are trying to help protect the local populations from the disease.”

CARE helps raise awareness about Ebola, reduce stigma, and support the cured to be reaccepted within their communities, in addition to providing training and handwashing stations around Ebola-affected cities, and in schools. Amid all the challenges and losses, Aimée is holding on tight to her hopes and dreams.

“I dream about studying medicine. I want to become a doctor, so I can cure other Congolese children and give them a new opportunity for life like that which has been given to me.”

Girls like Aimée living amid humanitarian crises face a high risk  of violence and exploitation. Hear other girls’ stories and sign the petition to help make them Safe From the Start.