Refugee Camp Difficulties Intensified for Those with Disabilities - CARE 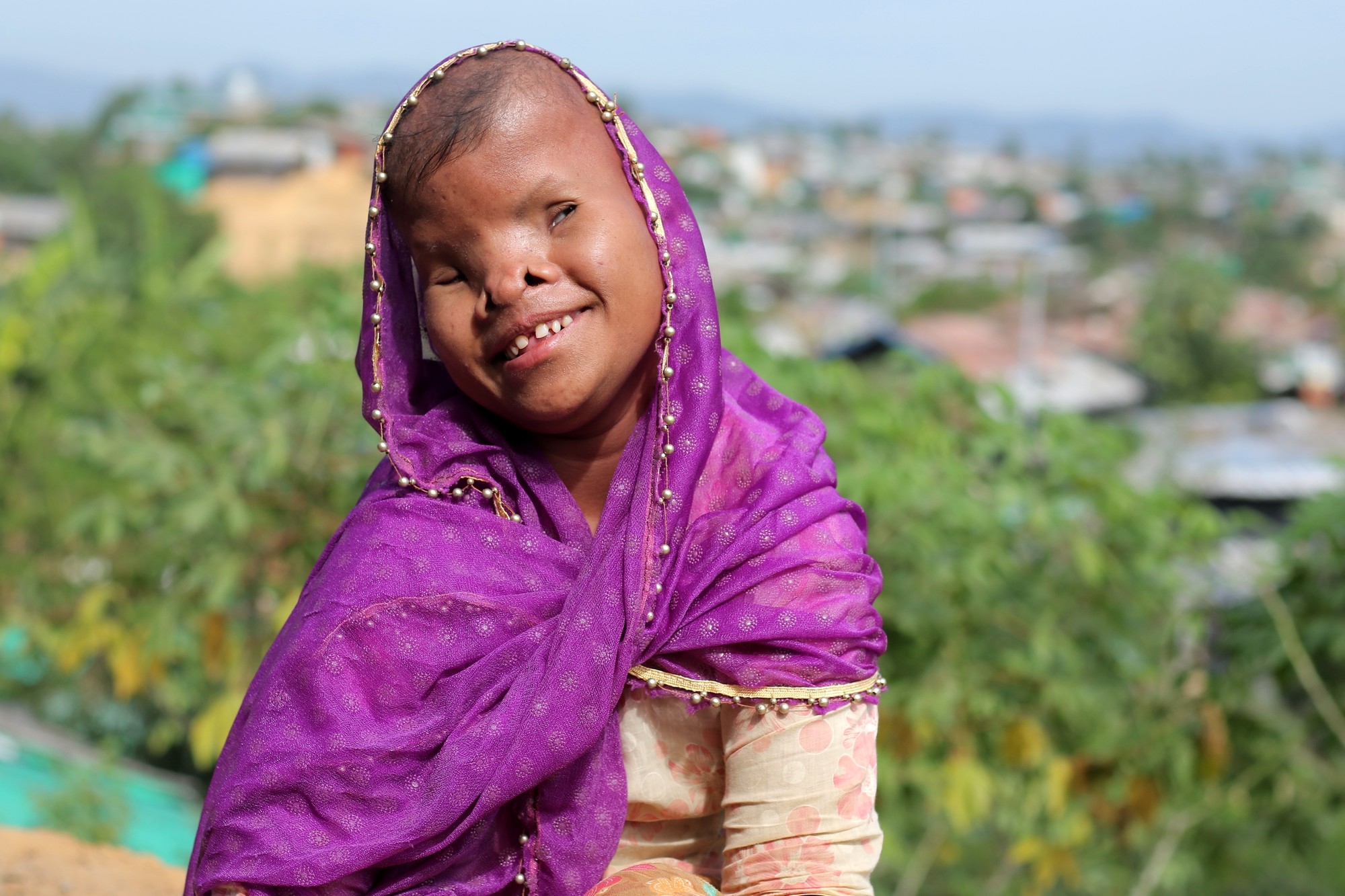 17-year-old Zokiya shares her experiences of fleeing violence in Myanmar and confronting challenges like accessibility and discrimination at her new home in a refugee camp in Bangladesh.

In 2017, Zokiya and her family fled extreme violence in Myanmar and became part of the historic influx of Rohingyas seeking refuge in Bangladesh. Mass killings claimed the lives of some of Zokiya’s relatives. Her father was shot but survived and helped the family escape the country. They arrived in Bangladesh among hundreds of thousands of other refugees that year after an arduous and terrifying journey.

“It was not possible to ride on a bus or any local transport. We had to take the path of jungle and hills … we crossed the river by boat. It was an impossible, risky journey,” she says.

Zokiya, 17, has had a disability since birth that, among other things, affects her legs and impacts her ability to stand or walk. Her older brother carried her the entire way as the family navigated the dangerous terrain, hunger, and other threats.

The difficulties of living in a refugee camp are intensified for Zokiya. She faces discrimination and an increased risk of violence because of her disability.

“Particularly during COVID, the possibility of being abused as a woman in various ways increased,” says Sharma Ojha, CARE Bangladesh field facilitator, Water, Sanitation & Hygiene (WASH). “So, the situation of a refugee woman who is also a person with disability is expectedly and crucially vulnerable.”

Steep hills and flood-prone areas, especially during monsoon season, dominate the landscape at Cox’s Bazar where the camp is located, compromising Zokiya’s ability to move around safely. Basic services like latrines and bathrooms aren’t always accessible for her.

“The hardest thing about living in the camp is lack of sanitation facilities, adequate land space and monsoons. When I came here, as a person with disability, the hardest thing to do was going to the latrines,” Zokiya says.

The latrines are also equipped with waste bins and 50-liter water storage vessels to support personal hygiene needs. CARE has trained volunteers from both Rohingya and host communities to conduct daily monitoring and address operation, maintenance and replenishment of key items such as soap in the facilities. 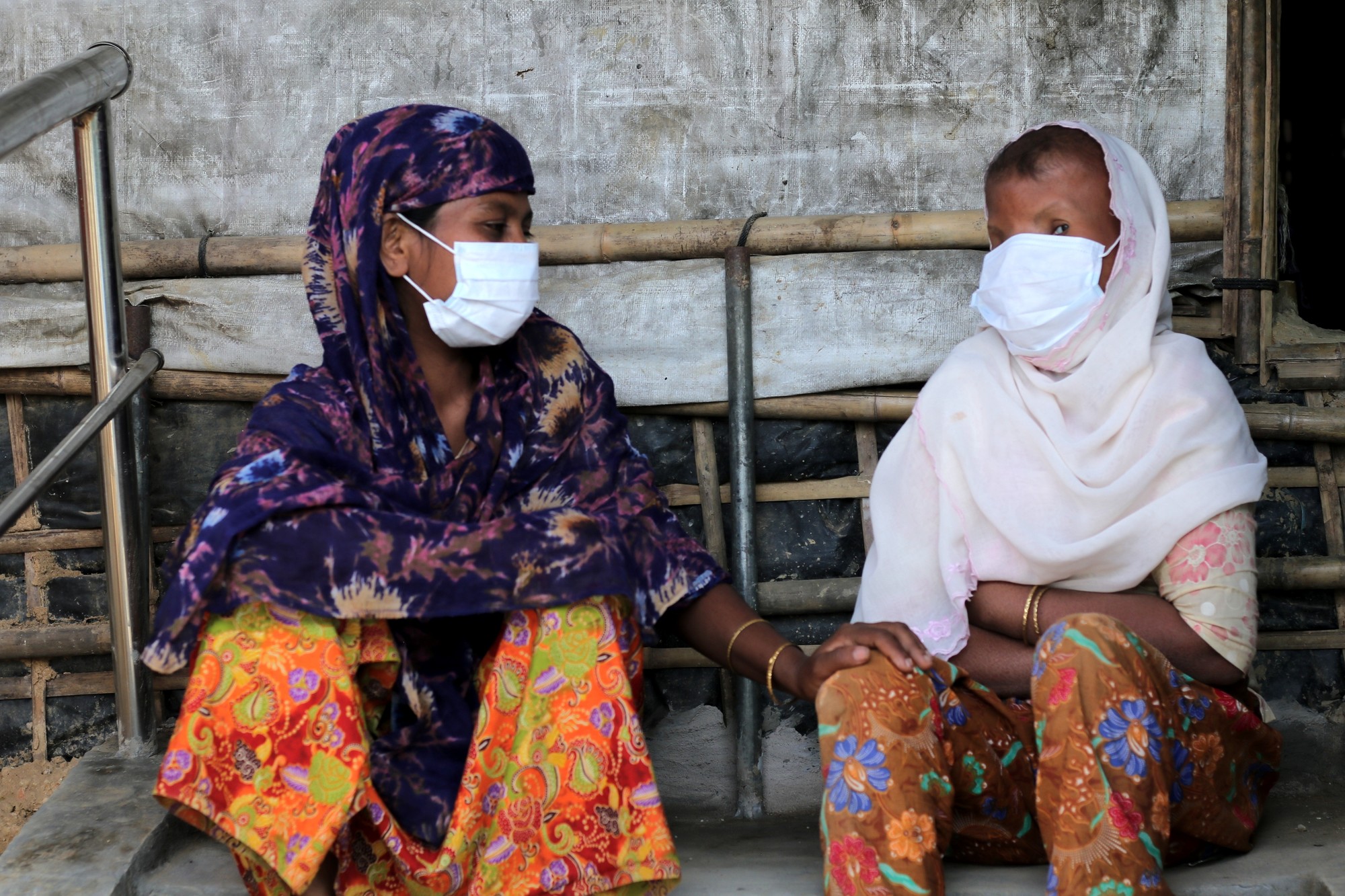 “Providing safe water and ensuring hygiene safety on a regular basis is among our top priorities. We always try to make inclusiveness through our interventions and hygiene promotion for persons with disability within the community,” says MD. SohelRana, an Infrastructure Officer on CARE’s WASH team.

In addition to CARE’s efforts to make the camp more accessible, Zokiya says she also has the support of family and neighbors.

“My neighbors are always kind and supportive to me. They often help me to collect water and food and are concerned about my needs.”