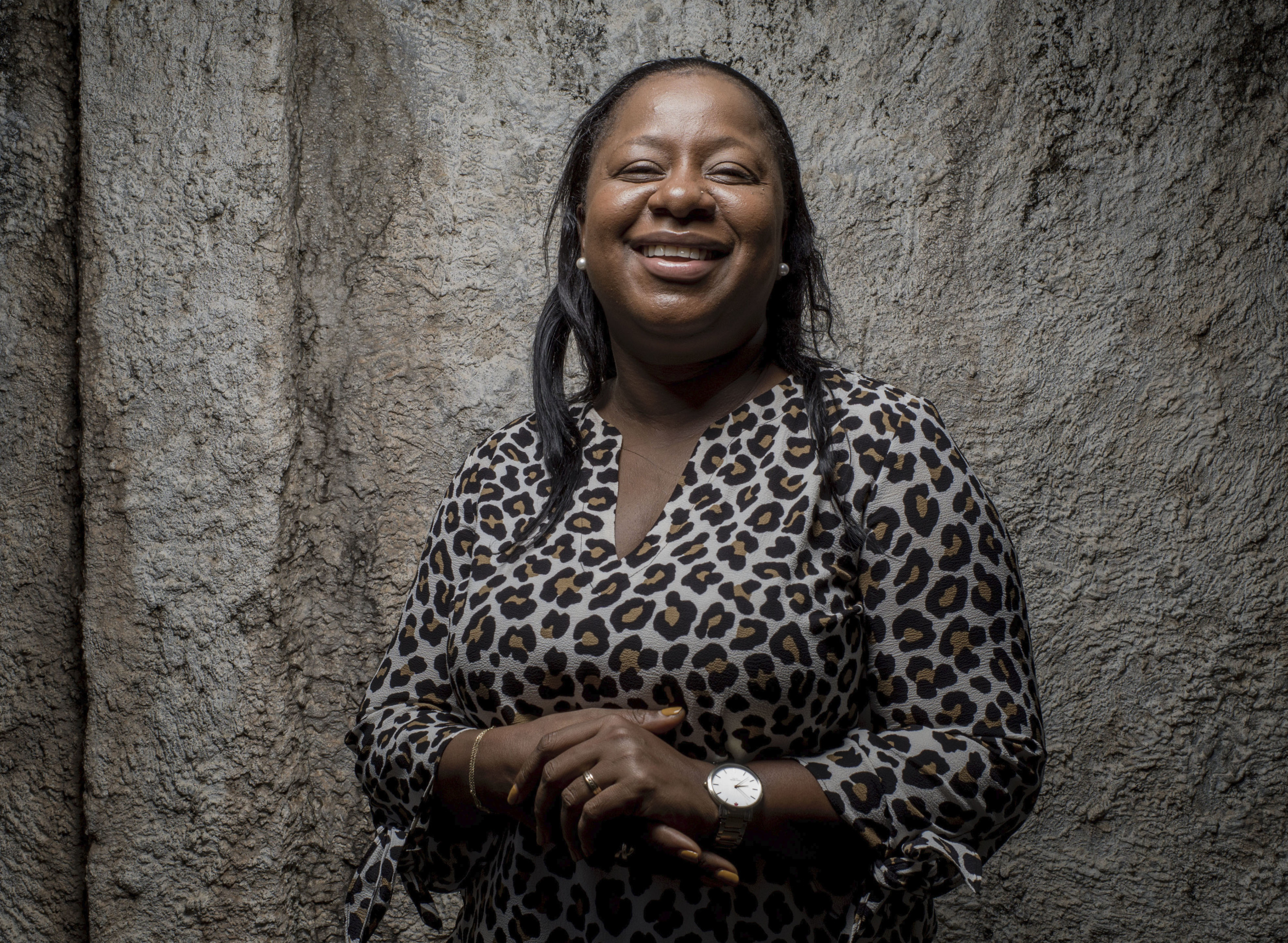 The well-known journalist started the Black Tuesday movement, sparking dialogue and change on sexual violence. One year later, she reflects on the movement’s impact.

In 2019, Asmaa James, a broadcast journalist and anchor of the popular show “Good Morning Sierra Leone,” became a prominent activist and leader in the movement to combat the country’s sexual violence epidemic.

Asmaa was the first journalist to report about a brutal rape case of a 4-year-old girl. The assault by a relative is said to have paralyzed her. Asmaa, 39, began sharing updates on the girl and similar cases, eventually launching Black Tuesday, a movement against sexual abuse.

According to police records, the number of sexual assault cases in the country doubled between 2017 and 2018, with 70 percent of survivors being children under 15.

We’re growing stronger as a movement and we will make the change that we want to make.

In February 2019, President Julius Maada Bio declared a national state of emergency on sexual violence. This led to amendments to the country’s Sexual Offenses Act, including outlawing out-of-court settlements, establishing a sex offenders registry list, and introducing life imprisonment as a penalty for those who sexually assault minors.

In her studio at Radio Democracy in Freetown, Sierra Leone, Asmaa discussed the issue of sexual violence and reflected on the first year of the Black Tuesday movement.

The following interview has been slightly edited for length and clarity.

You reported about one particularly harrowing case of sexual abuse. Can you share with us more about it and why it struck you?

One day, a lawyer called about a girl who was abused, and she insisted that I come in to see the girl. The lawyer said, “We believe in you and we know if you champion this case, it’ll go beyond just reporting.” I went and met this 5-year-old and I saw her lying on a hospital bed with all these tubes.

I talked to the doctors and they said she would likely never walk again because her spine was injured. Because her case is so unique, they decided to have the court case in the hospital, and they brought in the perpetrator.

I came home devastated, thinking about her. You could see that this girl had a bright future. How could a man do this to a young girl?

What did you do to bring attention to cases of sexual violence against children?

That month, I reported on 30 cases of sexual abuse against minors. I needed to use all the platforms I had — my voice, radio, social media — just to say: enough is enough.

I decided to start Black Tuesday, and I told people to wear black on Tuesday to raise awareness about this issue. We held a town hall and it was jam packed. There was nowhere to sit, people were standing outside. I brought in panelists and organizations that support adolescents, lawyers, and police.

How did you start mobilizing people to tackle this issue?

My nonprofit, the Asmaa James Foundation, launched Black Tuesday as a campaign for one day, but people saw potential in it. Now it’s a coalition of 30 organizations and a movement.

I told people we needed to physically go to communities to talk to people about rape and sexual abuse, and so we went to seven districts across the country to host events.

We tell parents to listen to their children if they bring up these issues and not to dismiss them as lies. We tell community leaders to end the blame game. Sometimes they tell people, “Why did you go there? Why did you wear this?” Yet, we’ve seen cases of sexual abuse of 6-month-old babies and 3 year olds.

What is the role of the public in pushing for change?

The voices of people are very crucial in this matter. When we go to communities, people come out and give testimonies. You can’t just hide a case now — there’s no way. My phone is always ringing with people calling to report cases.

What was your intention with the movement?

One time a judge sentenced someone to 24 hours in jail for assault. There are loopholes and we knew the law needed to change, which is why we worked together with police and lawyers.

We were calling on the authorities to take action. Indeed, the government listened to us and thankfully, now we have a very strong law against rape.

Are you optimistic these new amendments to the law will be upheld?

I’m very optimistic because campaigners are not sleeping, and some survivors are very aggressive in ensuring they will get justice. Any case that we come across, we will follow it up in court and test if the law is actually working, but I’m very optimistic.

With regards to systems, I cannot say they’re 100 percent functional, but with the new law, I’m hopeful that things will change, things will get better. People complain about the police’s response to these incidences, but I think it’s a bit different now, although it’s too early for me to say what will happen.

How do you feel looking back at the movement and the progress over the last year?

Overall, I feel fulfilled because my voice really added to the change we see today. I started it because action was needed, and action was taken. We’re growing stronger as a movement and we will make the change that we want to make.