South Sudan to Uganda: 3 Girls in Search of Survival and School - CARE

South Sudan to Uganda: Three Girls in Search of Survival and School 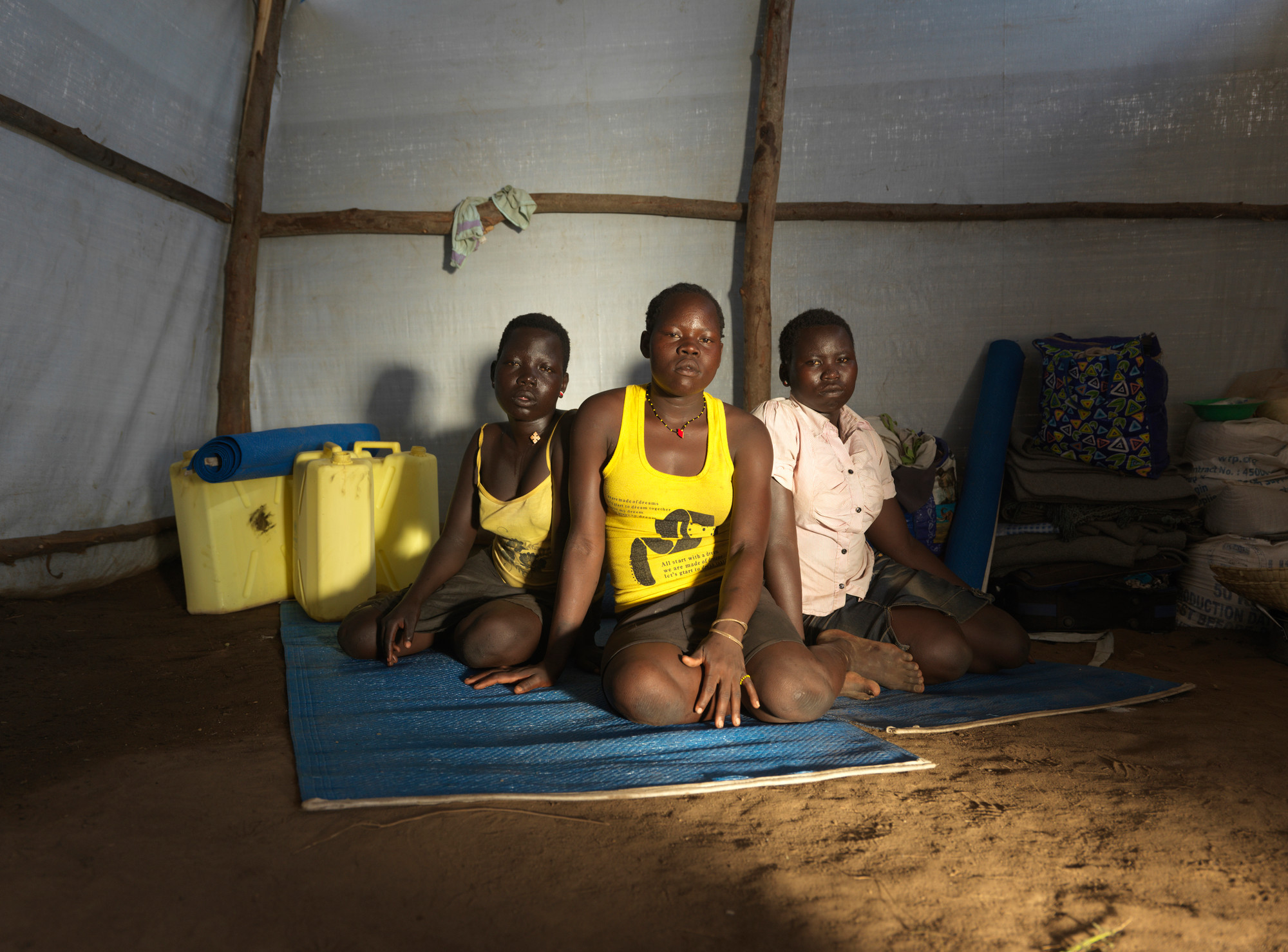 Lilian, Viola and Scobia’s shared struggle has led to a genuine sisterhood.

In the heat of the day, Lillian, Scobia and Viola help each other carry large, heavy pieces of wood from a collection point to the temporary shelter they are trying to make into a home at Imvepi refugee settlement in Uganda. They’ve been sharing a latrine with neighbors with no place to shower, so today, they are building their own bathroom on their land. The girls, now 17 years old, are from the same village in South Sudan. Most of the fledgling nation is in the grip of a humanitarian crisis fueled by years of chronic underdevelopment, conflict and natural disasters. The three girls fled to Uganda last year with Viola’s eight-year-old brother, but no adult guardian.

Viola and her brother were raised by their uncle until he was killed by soldiers on his way home one day. They survived for a few months off of the vegetables in their garden. When they ran out of food, they moved in with Scobia and her grandmother, who were neighbors. Lillian was living with her older sister, after their parents had died. But when her sister got married, she left with her husband, leaving Lillian alone. She also moved in with Scobia.

As the violence in South Sudan worsened, their school stopped operating and the girls became increasingly worried about their safety.

“I was afraid that if I stayed in South Sudan, we would get killed just like my uncle,” Viola says. “I wanted to come to Uganda to be safe and get an education, so I can one day get a job and continue taking care of my brother.”

Scobia’s grandmother helped the girls pack food and their belongings, and they set off for Uganda on foot. During the journey, they rationed their supplies, not knowing how long they’d need the food to last. They arrived in Uganda after walking for seven days. 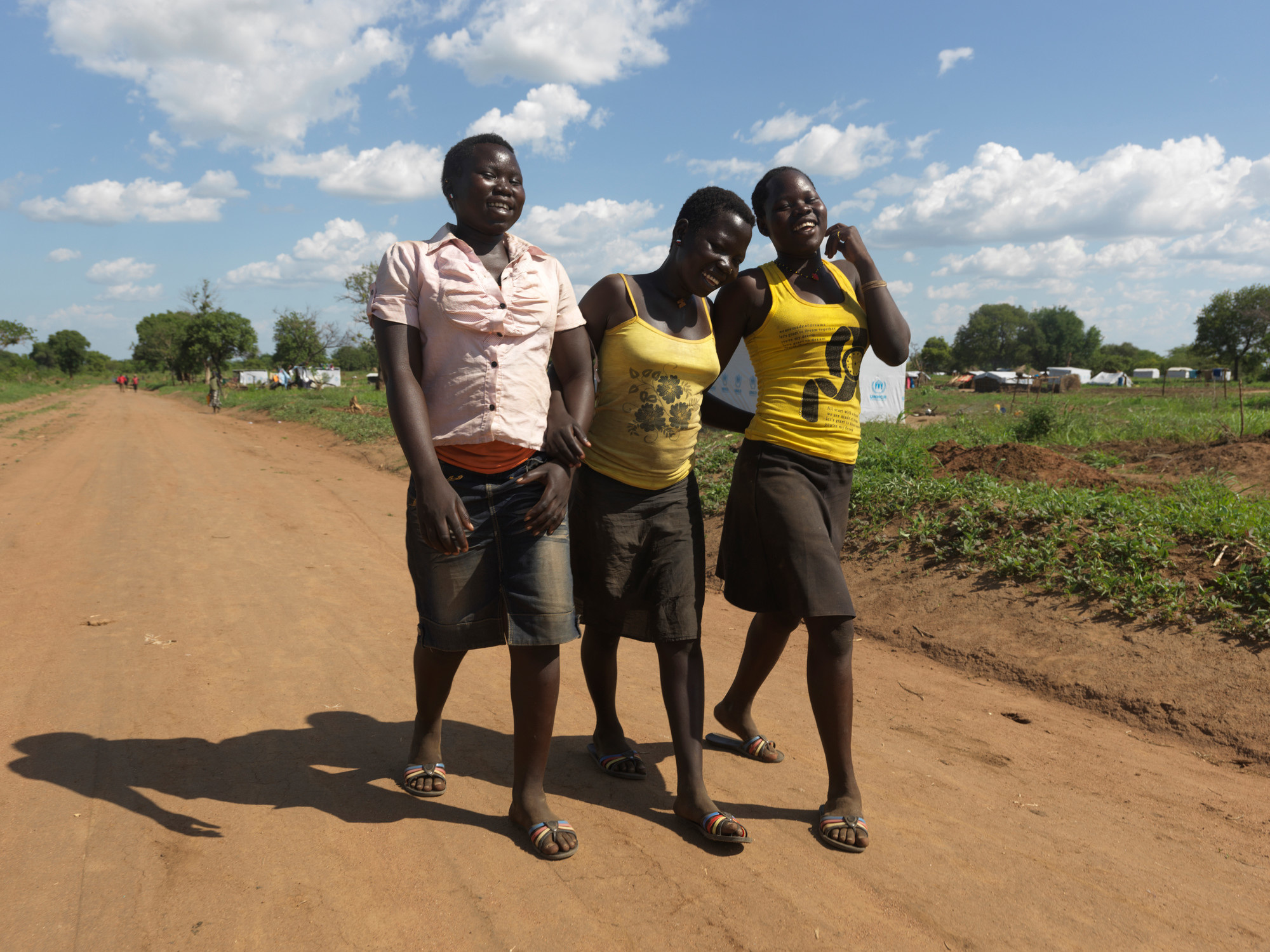 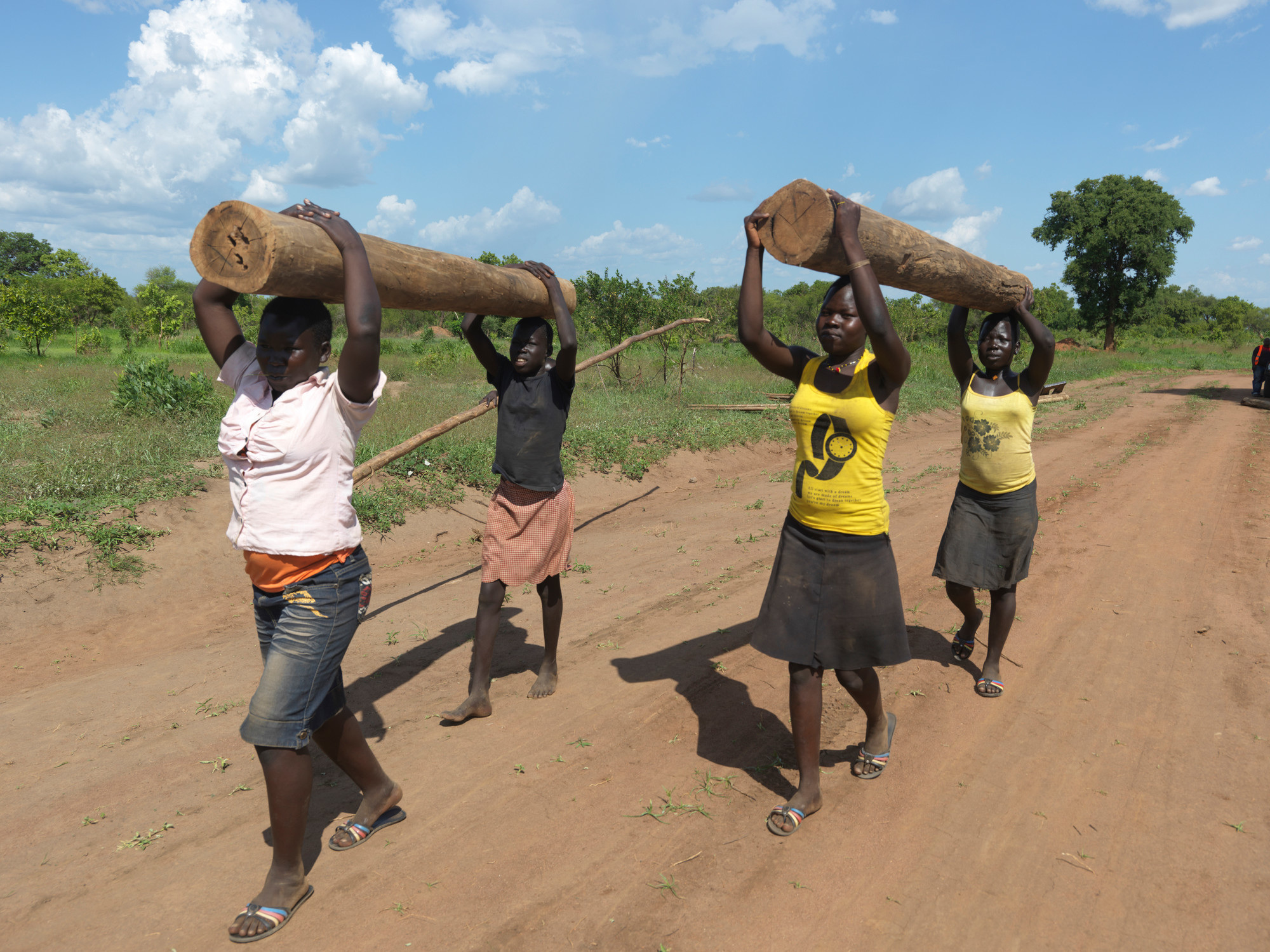 “Young girls like these arriving in Uganda alone and fending for themselves are at major risk of violent attacks. They often times arrive already traumatized from violent events that may have occurred on their journey,” says Delphine Pinault, Country Director for CARE Uganda. “With most of the refugees coming from a culture of violence and conflict, it is critical that we work with the entire community, including men and boys, on adopting more caring and supportive behaviors and on resolving conflicts and differences through dialogue rather than the fist.”

Out of the 1.35 million refugees in Uganda, over 700,000 are children under 18, according to UNHCR. Many of those children arrive in Uganda without a parent or guardian. Sometimes a child finds a guardian on the journey to Uganda, or once they arrive in Uganda. Other times a child finds a group of other children and they become each other’s guardians. This is the case with Lillian, Scobia and Viola. These girls have become each other’s family.

“We do everything together. We collect firewood, fetch water and cook together. We also comfort each other when we are sad or remembering what we have lost in South Sudan. We are sisters,” Viola says.

They need clothes, and more food, and are aware of how important their education is to a positive future.

“I have to take care of my eight-year-old brother. I want a good education so I can provide for him. One day I hope to become a nurse so I can help my community,” Viola says.

“School will help me overcome the challenges I am facing,” Lillian says. “If I have an education, I can get a good job and those challenges will disappear.”

Girls like Lillian, Scobia and Viola who are fleeing emergencies risk violence and exploitation on the road to safety. Hear other girls’ stories and sign the petition to help make them Safe From the Start.