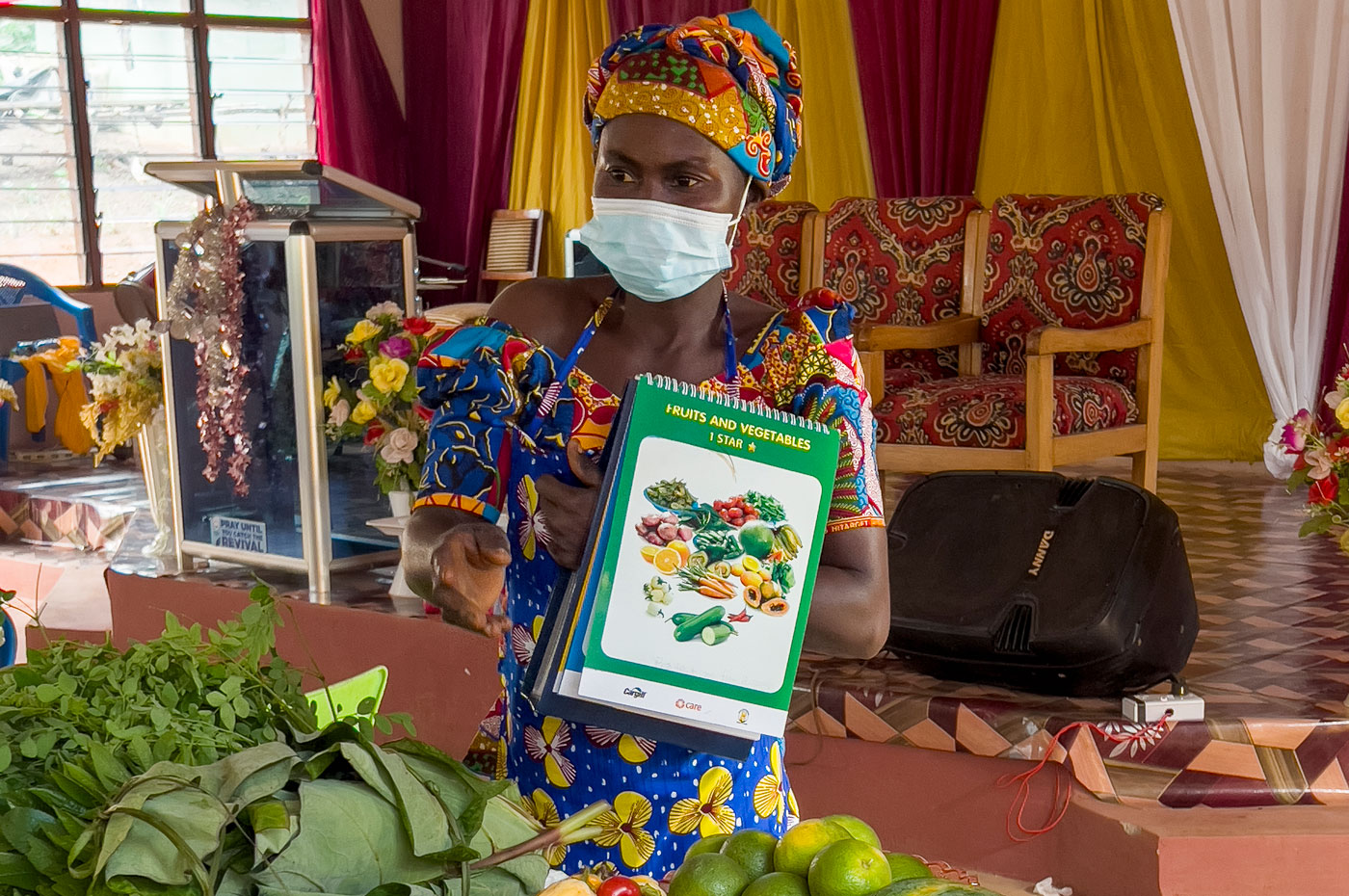 Since 1994, CARE Ghana has empowered rural and vulnerable populations through its locally-led health, governance, sustainable livelihoods, and education programs. One of their ongoing programs supports cocoa sustainability by training women on best practices in vegetable and animal rearing through Village Savings and Loan Association groups.

The 6-week online campaign messaging showcased a “4-star diet” and the importance of including red meat in the diets of women and children. The messaging featured GIF imagery, which has consistently outperformed other creative assets in previous campaigns in Ghana.

CARE Ghana created a fictional persona, “Abena,” to guide the development of relevant and relatable ads. Abena is a junior high school graduate and 30-year-old female cocoa farmer who lives with her husband, three children, and extended family. She hopes to have three more children to expand the family’s cocoa farming business, which earns her family a monthly income of about $52 USD. Being able to have many healthy children will help the business grow, and also earn Abena respect in her social and familial networks.

Since WhatsApp is a leading social media platform in Ghana and enables two-way communication with the audience, the ads encouraged people to interact with CARE Ghana’s WhatsApp chatbot. Want to give it a try? Chat ‘Hi’ to +233596992991.

Phase 1 of CARE Ghana’s campaign reached 1.3 million men and women in Brong-Ahafo Region, Central, Eastern and Western regions of Ghana. As a result:

Since the campaign linked to CARE Ghana’s WhatsApp chatbot, we found deeper insights, including: 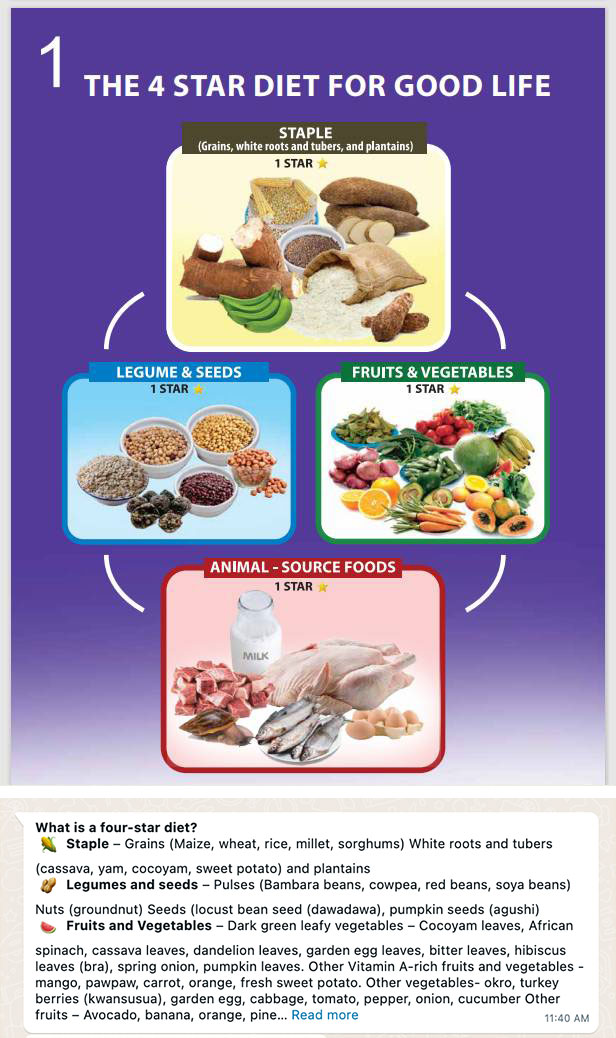 Sample of some of the information available in the chatbot.

For this campaign, Meta’s brand lift study tool helped to evaluate the possible shift in knowledge and attitudes. In addition to ad recall, the study asked three questions:

Post-campaign results showed that these ads had some of the highest ad recall CARE has seen across any SBCC campaign. Most notably, men aged 55-64 had a +12 percentage point recall, while women 18-24 had a +9.8 point recall.

Based on the 1.3 million people the campaign reached, the brand lift study showed it likely led 9,838 additional men 18-24 to have awareness about which foods were good for children’s growth and health. Furthermore, the campaign likely led 2,291 additional men aged 65+ to express that including fruits and vegetables in the diet of a pregnant woman or child was important for healthy growth.

Most interesting, the baselines for Importance and Knowledge were very high – 91% and 93% respectively. Meaning that 91% of the control group already thought including fruits and vegetables in one’s diet was important. However, the baseline for the Approval question, while high, was much lower than these two at only 45%.

While the brand lift study showed a smaller change in knowledge than CARE Ghana had hoped, the communication and WhatsApp conversation metrics indicated that the campaign messaging resounded with the audience. Additionally, baseline results inspired the team to launch a Phase 2 that will ask: if the target audience already had knowledge about best practices in nutrition, how often were women and children including fruits, vegetables, and red meat into their diets? And how might CARE Ghana’s offline programming continue to help break down the barriers that prevented these positive behaviors from occurring?

Barbara Sika Lakweh is a volunteer community organizer in the cocoa-growing region of Ghana who has persuaded many women in several villages to grow their own food and join their local village savings and loan program.

How CARE Czech Republic became a part of a fascinating learning process through a global partnership with Meta, formerly Facebook.