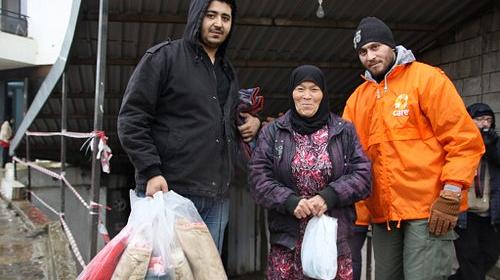 It’s a brutal winter in the Middle East, which means added suffering for the millions of Syrian refugees already struggling to survive.

The region was pounded with a harsh winter storm that many refugees were unable to prepare for, and several children in refugee camps in Lebanon died.

Aid agencies, including CARE, are being challenged to keep up with the surmounting humanitarian needs, and are urgently calling on the international community to provide more funds. The 2014 UN appeal faced a 46% funding shortfall.

“CARE would like to see the U.S. government continue to be a leader in providing funding for the humanitarian needs, and also leverage their relationships to influence other countries to follow their lead in prioritizing civilians impacted by the escalating conflict in Syria,” Holly Frew, CARE spokesperson said to ABC News.