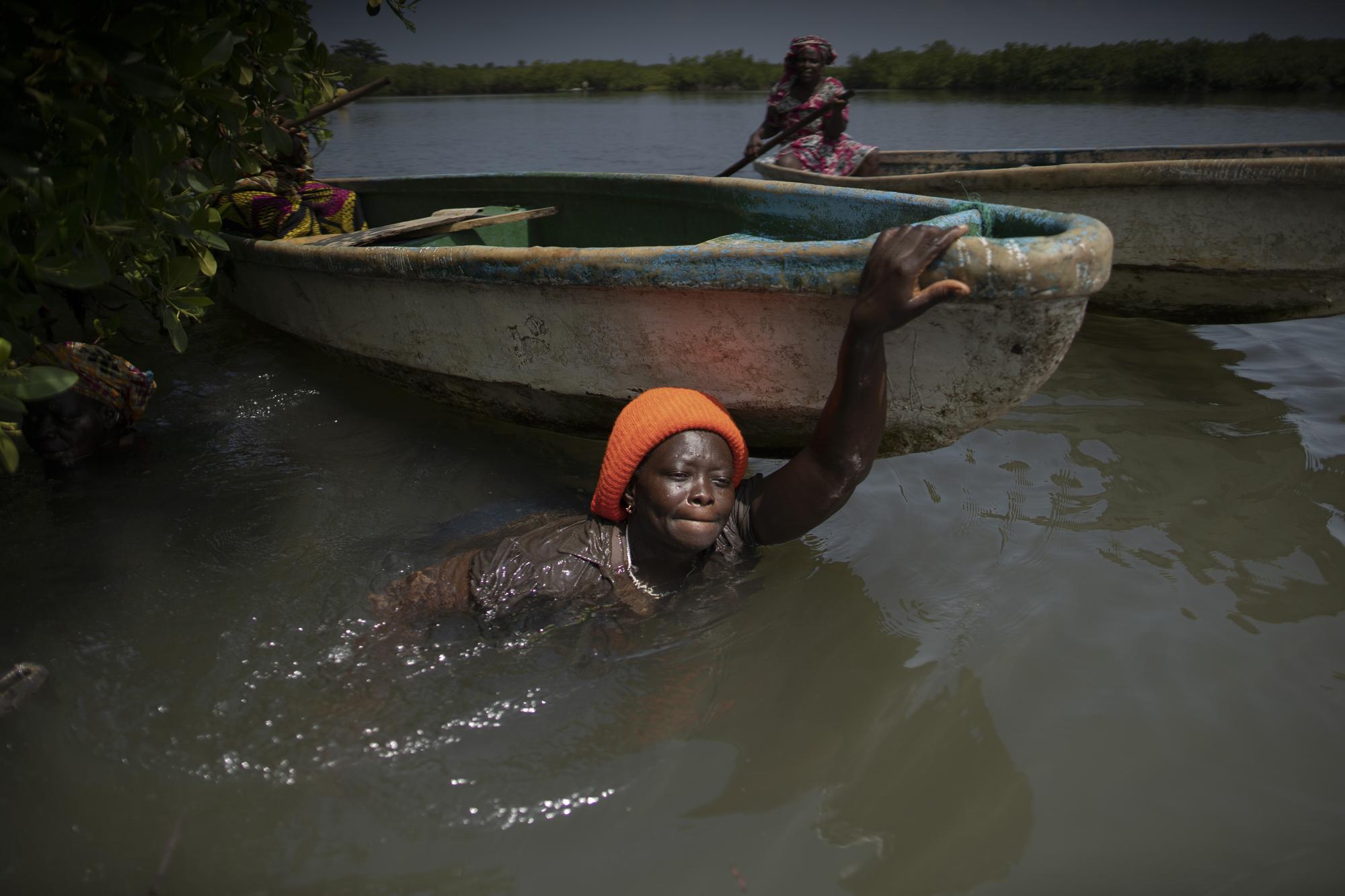 SARE GIBEL, Gambia (AP) — The health outreach workers who drove past Lama Mballow’s village with a megaphone handed out T-shirts emblazoned with the words: “I GOT MY COVID-19 VACCINE!”

By then, the women in Sare Gibel already had heard the rumors on social media: The vaccines could make your blood stop or cause you to miscarry. Women who took it wouldn’t get pregnant again.

Lama Mballow and her sister-in-law, Fatoumata Mballow, never made the 3.4-mile trip (5.5 kilometers) to town for their vaccines, but the family kept the free shirt. Its lettering is now well-worn from washing, but the women’s resolve has not softened. They share much — meal preparation duties, child care, trips to the well with plastic jugs, and their outlook on the vaccine.

“I definitely need a lot of children,” said Lama Mballow, 24, who has a 4-year-old son, another child on the way and no plans to get vaccinated after giving birth. And Fatoumata Mballow, 29, struggling to get pregnant for a third time in a village where some women have as many as 10 children, quietly insists: “I don’t want to make it worse and destroy my womb.”

As health officials in Gambia and across Africa urge women to be vaccinated, they’ve confronted unwillingness among those of childbearing age. Many women worry that current or future pregnancies will be threatened, and in Africa, the success of a woman’s marriage often depends on the number of children she bears. Other women say they’re simply more afraid of the vaccine than the virus: As breadwinners, they can’t miss a day of work if side effects such as fatigue and fever briefly sideline them.