The Nation: Do African Lives Matter? The response of the outside world to the latest disaster in the Democratic Republic of Congo suggests the answer is no. - CARE

The Nation: Do African Lives Matter? The response of the outside world to the latest disaster in the Democratic Republic of Congo suggests the answer is no. 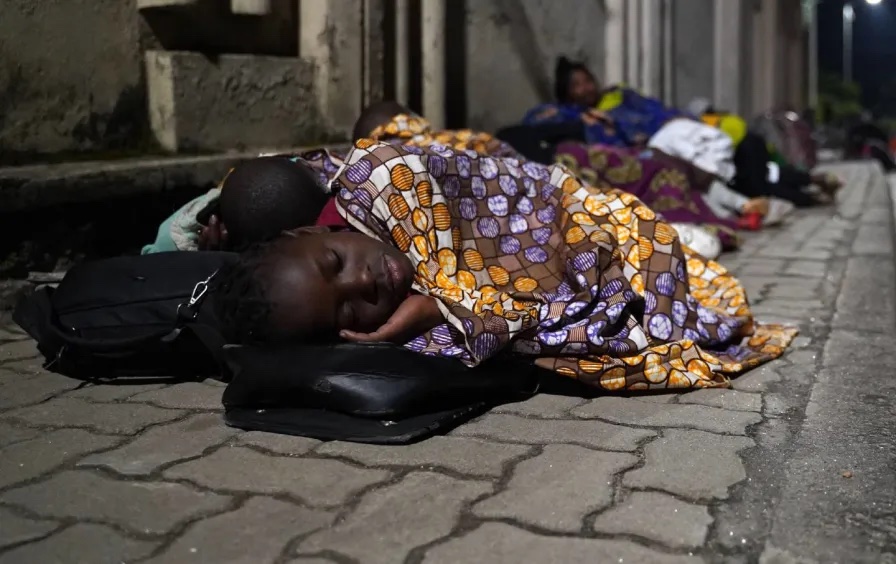 On May 22, the Nyiragongo volcano erupted in eastern Democratic Republic of Congo, sending half a million Congolese people fleeing to safety. Many of the refugees carried their mattresses on their backs, often for more than 10 miles. Why?

Kambale Musavuli is a spokesperson for the US-based solidarity group Friends of the Congo. He has been in contact with his family members who fled Goma, the city at the base of the volcano. He explained: “People know what to do if they have to become refugees. My parents and grandparents had to run from violence in past decades. There were already 5.5 million displaced people in Congo even before the volcano erupted.”

He continued: “My relatives don’t know when they will be able to return. They know there will be nowhere to stay wherever they end up. So they bring their mattresses so they will have some place to sleep.”

The rich world has exploited the mineral wealth of the Democratic Republic of the Congo for more than a century, but once again, when another crisis hits, there is silence and inaction. This chronic indifference has contributed to what may be the worst ongoing humanitarian crisis anywhere since the end of World War II. The International Rescue Committee has estimated that since 1998 at least 5.4 million Congolese people have died, from violence, hunger, and disease.

So far, the Western media has covered the volcano crisis inadequately—and there is absolutely no sense of urgency in government offices in Washington, Brussels, or London. If a tragedy on the same scale were happening anywhere in America, Europe, or Japan, planeloads of journalists would be en route. Jan Egeland, the former humanitarian UN official who heads Norway’s relief effort, is in Goma, and he describes the crisis as “the largest neglected emergency on earth.”

Egeland warned that the global humanitarian aid appeal for DR Congo was only 12 percent funded by mid-May. Even before the volcano erupted, another aid agency, CARE, said that nearly 7 million Congolese were “one step from famine.”

Read the full story at The Nation