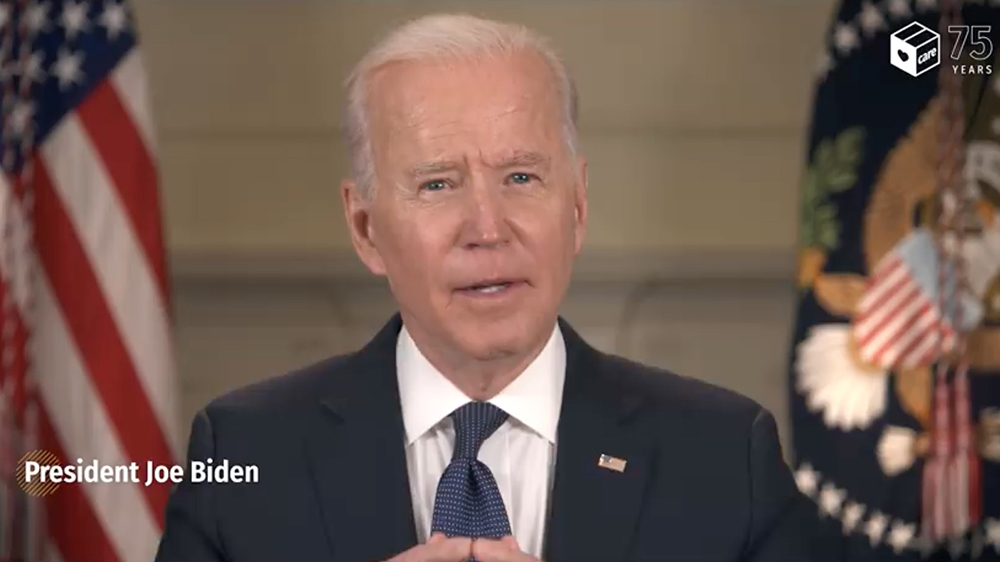 As a leading humanitarian organization fighting global poverty, CARE reaches 70 million people in 100 countries around the world. However, it recently passed a major milestone right here in the United States.

“I’m proud to announce that as of today, CARE has crossed the 6 million mark, delivering the 6 millionth CARE package right here in the U.S.,” President Joe Biden said during the organization’s 75th anniversary event.

“Each package provided that demonstrates our greatness as a nation is matched by our fundamental goodness as a people — people whose generosity help feed the hungry, heal the sick and lift up people and communities all around the world,” Biden noted. “This is truly a remarkable moment coming from a truly remarkable organization. Let’s remember. The job isn’t over.”

Aside from the intimate musical moments, the event featured CARE’s crucial work over the last three-quarters of a century. Early on, a conversation between CARE global advocate Iman and actor-philanthropist Isabella Rossellini highlighted the work done by Rossellini’s mother, Ingrid Bergman, during the organization’s early days. She brought packages to post-war Europe and starred in CARE’s first advertisements.

“CARE was something that I grew up with. I always heard my mom talking about it,” Rossellini said. “More than anything, she made me realize that it can happen to all of us.”