CARE Applauds Passage of the Water for the World Act - CARE

CARE Applauds Congressional Passage of the Water for the World Act 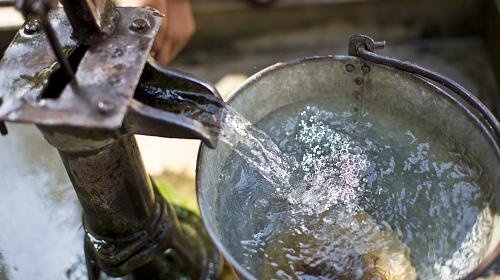 ATLANTA (Dec. 18, 2014) –The poverty-fighting organization CARE applauds the passage of Senator Paul Simon Water for the World Act. The legislation was approved by Congress on Tuesday.

The legislation addresses the needs of 2.5 billion people in the world who still do not have access to a toilet and 750 million people who lack access to safe drinking water.

The bill ensures the following:

Just as importantly, the bill prioritizes water and sanitation as an essential piece of promoting sustainable development.

“The Water for the World Act calls for capacity, focus, strategy and impact,” said Peter Lochery, Director of CARE’s Water Team. “These are key elements required by the Department of State and USAID if they are to fully deliver on the promise of the Paul Simon Water for the Poor Act of 2005 and make best use of precious taxpayer dollars.”

For a family in Africa, Asia, or Latin America, this bill improves access to a safe water source and to a toilet. That means better health, greater dignity, and longer, healthier, more productive lives. It means fewer child deaths from water and sanitation-related diarrheal disease, which is one of the primary killers of children worldwide.

The bill allows for a greater chance for improved food security and nutrition of families. More than one third of malnutrition among young children is thought to be caused by gut dysfunction due to fecal contamination from poor sanitation and a lack of adequate household toilets. Greater access to a nearby water source results in stable and varied household crop-cultivation, even in times of unpredictable rains.

The bill also should foster greater gender equality. For example, girls can go to school and women can go to work instead of collecting water. When families have access to clean water, this reduces the chances of gender-based violence. Women with water and a toilet nearby are much less likely to be violently attacked or raped while walking to a water source or to open defecate.

CARE has worked on this issue since 2009. CARE has helped to inform the legislation and advocate for its passage, in partnership with a community of more than 80 NGOs and religious organizations who publically endorsed the bill. CARE applauds the tireless efforts of our partners, such as WaterAid, WASH Advocates, InterAction, World Vision, Habitat for Humanity, the Millennium Water Alliance, among others, who dedicated years of advocacy and communications to the issue.

CARE’s citizen advocates played a critical role, persistently communicating the importance of the bill with their congressional representatives, particularly as the bill confronted several barriers to passage in the last few days of this congressional session.

CARE has supported water, sanitation, and hygiene and water resources management activities for over fifty years and currently oversees more than 180 projects in both emergency response and long-term development in more than 40 countries. Our WASH work is focused on sustainability, equity, and coverage at scale, and is inherently cross-sectoral. There is no food security without soil moisture management, no nutritional improvements without safe water to drink, no stable ecosystems without vibrant watersheds, and no healthy schools without access to safe water and hygiene and sanitation facilities.

Founded in 1945 with the creation of the CARE Package®, CARE is a leading humanitarian organization fighting global poverty. CARE places special focus on working alongside poor girls and women because, equipped with the proper resources, they have the power to lift whole families and entire communities out of poverty. Our six decades of experience show that when you empower a girl or woman, she becomes a catalyst, creating ripples of positive change that lift up everyone around her. That’s why girls and women are at the heart of CARE’s community-based efforts to improve education, health, and economic opportunity for everyone. We also work with girls and women to promote social justice, respond to emergencies and confront hunger and climate change. Last year CARE worked in 87 countries and reached more than 97 million people around the world.