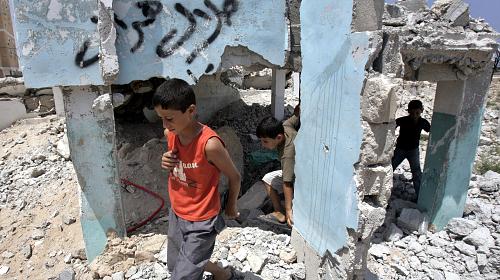 WASHINGTON — CARE, the global humanitarian and development organization, is deeply concerned by reports that the US Agency for International Development (USAID) will lay off more than half its staff in the West Bank and Gaza in the coming weeks, with the intention of permanently closing its operations next year.

In August, the US administration announced its decision to cut $200 million in funding to international NGO programs that provide vulnerable Palestinians with health care services, education, clean water, and food  – all with the larger aim of tackling extreme poverty, promoting social justice, and saving lives.

According to media reports, USAID officials said the new policy is an attempt to pressure Palestinian Authority President Mahmoud Abbas to enter peace talks with Israel.

“Humanitarian aid should never be used as a political bargaining chip. These programs save lives and carefully steer clear of political partisanship. They were launched by both Democratic and Republican administrations and have always enjoyed broad support from Congress.

We strongly urge the White House to reconsider this decision and urgently restore funding for programs meeting the basic needs of Palestinian civilians, at a time of acute suffering brought on by years of conflict and isolation, without conditioning them on the behavior of the political parties to the conflict.”