Climate Change Is Threatening the Survival of Farmers in Mozambique - CARE

Climate Change Is Threatening the Survival of Farmers in Mozambique 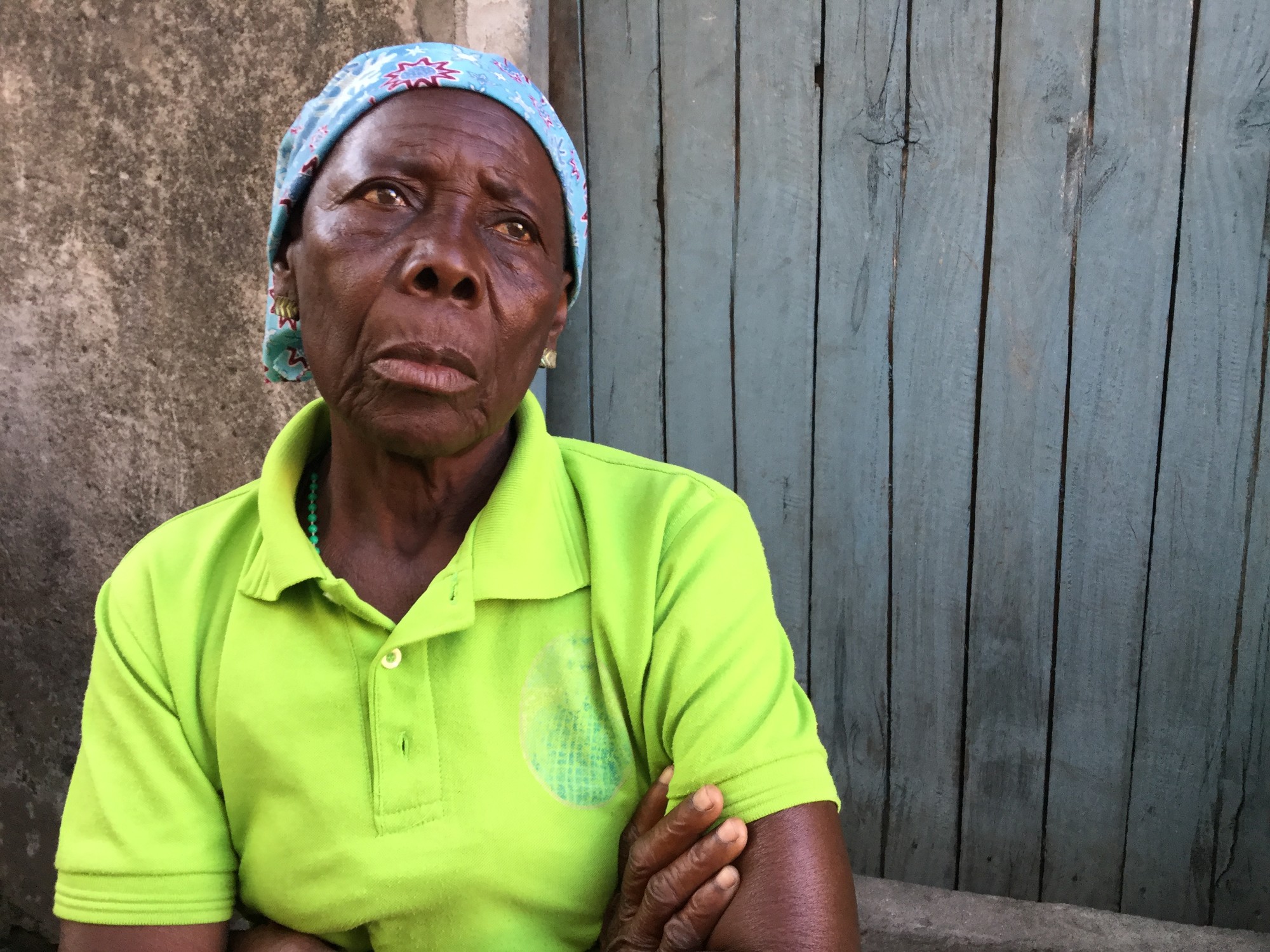 Rosa Fobra, 65, lives with four of her seven children in Munhava Matope, one of the poorest and most densely populated neighborhoods surrounding the central Mozambican city of Beira. Rosa relies on farming to feed her family and put her children through school. The nearby plots where she grows rice and corn have allowed Rosa to be self-sufficient since her husband died suddenly in 1997.

“I managed to afford an education for all seven of my children. I only relied on myself,” she says.

In March, Cyclone Idai struck Mozambique and other parts of southern Africa. It was among the worst storms on record ever to hit the region, killing hundreds, displacing millions, and destroying local farms and infrastructure.

1.6 Million in Mozambique in need of food aid

“Research has shown that changes to the world’s temperature, as well as ocean warming, are responsible for an increase in the severity of tropical cyclones,” says Kevin Dunbar, director of global impact and programs for CARE Canada. “These storms are having a devastating impact on those countries least responsible for climate change, and least equipped to handle the strain or bounce back from disasters.”

“When we were expecting to harvest, the cyclone came and destroyed everything,” Rosa says.

Cyclone Idai devastated this season’s crops, but shifting weather patterns and other signs of a changing climate were already affecting Rosa’s harvests.

“Starting about five to six years ago, the sun during the winter became more intense, killing the crops before they grow,” she says. “We used to follow the natural patterns in our farming. The seasons were regular. It was easier to plan for the harvest.”

In southern Africa, farming occurs ahead of the rainy season, which typically runs from October to March.

“Now it’s not possible to predict the rainy season anymore. When we are expecting rain it would not rain,” Rosa says. “Yet, when we do not expect rain it could rain heavily and destroy our crops. The cyclone was the most destructive storm, but the weather in general in the last five or six years has been very bad for farming.” 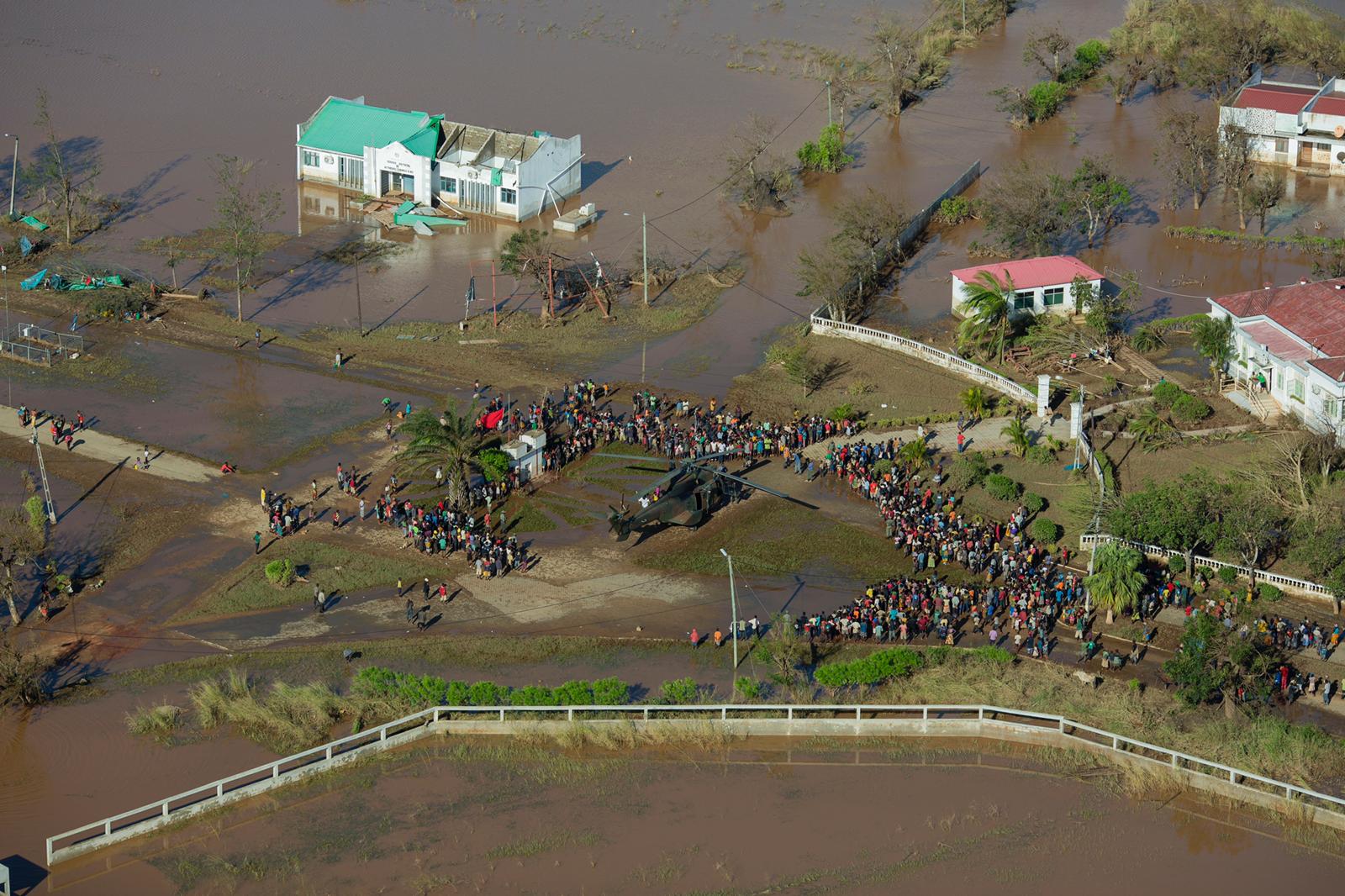 Years of unpredictable weather and inconsistent harvests due to the impact of climate change, combined with the physical toll farming takes on Rosa at age 65 are threatening her and her family’s survival.

“In the past we would store a full warehouse with the harvest of one season,” she says. “Now we can barely fill up to five or six bags of rice and corn. I worry about not having enough food to eat. I’m afraid of starving. In the past the corn I harvested was enough to eat and sell to cover our needs, such as clothes. But now we do not even have enough to eat.”

According to a 2016 Irish Aid report, “Mozambique is one of Africa’s most vulnerable countries to climate change. … Climate-related hazards such as droughts, floods and cyclones are occurring with increasing frequency, which is having a cumulative and devastating impact on the population.”

Rosa buys bananas from the fields and tries to sell them at the market, but it’s not enough, especially after Cyclone Idai.

“After the cyclone we received some buckets and pots from CARE and tarps from another organization to fix the roof,” she says. “I still have many needs. I don’t have a bathroom or cooking utensils. I’m struggling to get food after the cyclone destroyed everything. I haven’t had anything for breakfast since then. It gets cold at night during the winter days now, but I don’t have anything to cover myself.”

The cyclone came and destroyed everything.

Rosa tries to focus on what she can do to keep from losing hope.

“I will continue farming and whatever I can harvest I will bring it home for my family,” she says.

Six months after Cyclone Idai destroyed crops that would have fed millions, 1.6 million are in need of food aid, and about 67,500 children under 5 need treatment for malnutrition — numbers that will likely only increase without necessary emergency support.