Confronting the Past, Shaping the Future - CARE

Confronting the Past, Shaping the Future 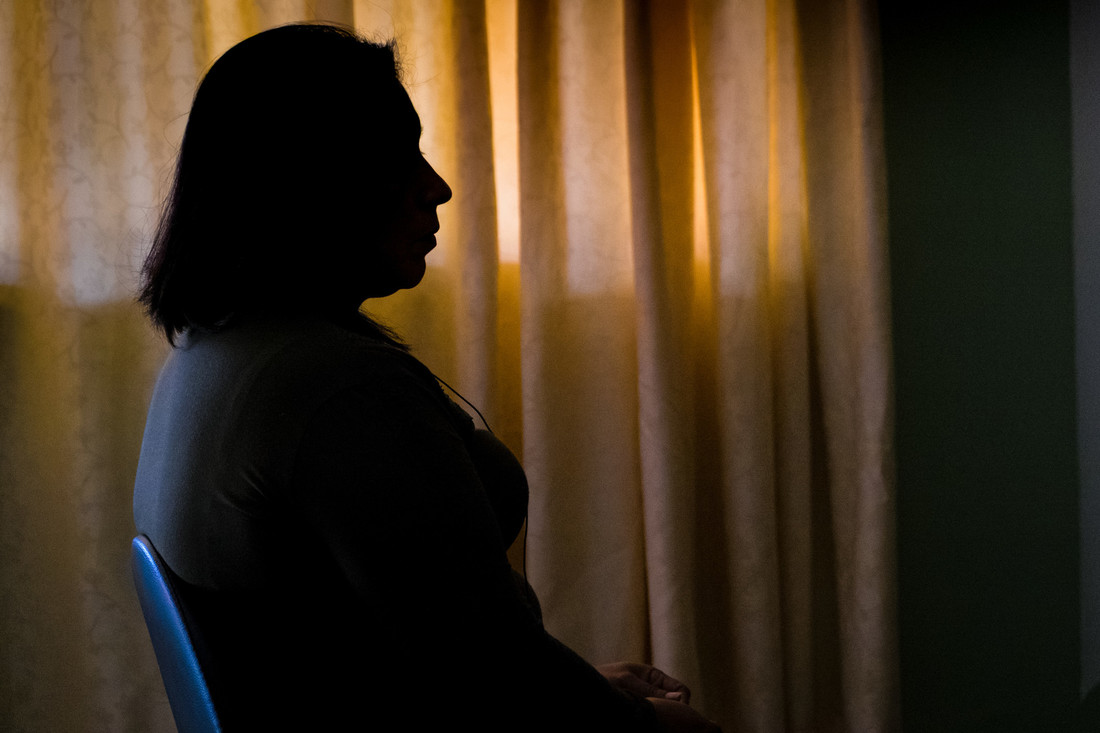 Having fled Colombia with the two sons she could save, Luz finds strength in a community of women and the safety of her family.

Any loving mother would do whatever is necessary to keep her children safe. Luz fled her home in Colombia to save two of her sons, but lost a third to armed militia. Before their escape, Luz — a longtime maid — and her boys lived in an area controlled by armed Colombian guerillas, whose commandant would send Luz pigs and other animals to cook for his soldiers as they passed through town. He paid her in leftovers.

The commandant often tried to recruit her oldest son to be part of his army. The boy always refused, pointing to his studies as the reason for not enlisting. One day, the commandant came to Luz’s home and demanded that the oldest boy enlist. But he wasn’t there, so his younger brother – sick and home from school – was taken instead. Luz never saw or heard from the boy again. To this day, she doesn’t know whether he is dead or alive, still fighting for the commandant.

“This chapter in my life is one I cannot overcome,” Luz says. “I will never overcome it, because when you can bury someone, at least you know where they are. When you don’t know whether they are dead or alive or what happened to them, that is difficult.”

Fearing a similar fate for her two other boys, Luz fled with them to Ecuador, where they have lived now for four years.

“This is why I came to Ecuador: I was trying to save my sons’ lives,” the single mother says, sitting in a dimly lit office, silhouetted against curtains filtering daylight through the windows. She concealed her identity in front of the camera as she shared her story of unspeakable loss — and of a lifetime of abuse that even followed her to Ecuador.

This is why I came to Ecuador: I was trying to save my sons’ lives.

She recounted the many dangers she had faced since childhood, beginning with her own family. At age 9, she left home for the first time, when she could no longer tolerate her brother’s sexual abuse. She went to work as a live-in maid for a family, but the abuse followed her. It shadowed her from childhood into adulthood as she encountered repeated assaults from her employers and their families. “If it wasn’t the husband, it was the son, the father or someone else,” she says. “I would always leave the homes, because there was always someone who wanted to abuse me one way or another.”

Once in Ecuador, Luz found work cleaning rooms at a hotel, but after 5 months, the hotel owner’s father started harassing her. “He locked me in a bedroom and pressured me to have sex with him,” she says. “They think that because they are paying you to do domestic work, they’re also entitled to have you, to have everything. I tolerated that job because I needed the work, until one day I said, ‘No more.’ I am a domestic worker, not a sex worker.”

She discovered a similar resolve in other women — other moms — who had fled whatever dangers threatened them and their families. Like her, they also declared, “No more.” Luz’s story is extraordinary, the loss of her son unimaginable, but still she found strength and acceptance in the shared experience of other women, many of whom have worked for decades as maids in others’ homes, surviving routine abuse at the hands of their employers.

CARE and its local partners support groups like this in Ecuador and throughout Latin America, promoting unity among domestic workers whose often informal, overlooked profession commonly exposes them to sexual harassment and abuse from their employers. A study from the International Labour Organization found that eight of 10 domestic workers in Latin America work informally, leaving them much more vulnerable to such abuse.

CARE helps these women’s groups organize and advocate for labor laws protecting domestic workers. Members learn financial management and other skills to amplify their collective voice championing dignified work. And they find solidarity with one another, in a network centered on their value as human beings, their right to a life free from violence and their courage to fight for their families, their daughters — and their sons.

Luz has persevered throughout her life, first for her own sake, and later for her boys’. She still mourns the one son she couldn’t save but rejoices in the two she could.

The sun shines bright in the Ecuadoran highlands, nearly 2 miles above sea level. With her family now safely together, Luz is rebuilding. She makes furniture out of recycled car tires. She also repairs lamps and is taking sewing classes, which she aims to parlay not only into a new livelihood, but into a new life as well — for herself and her sons.