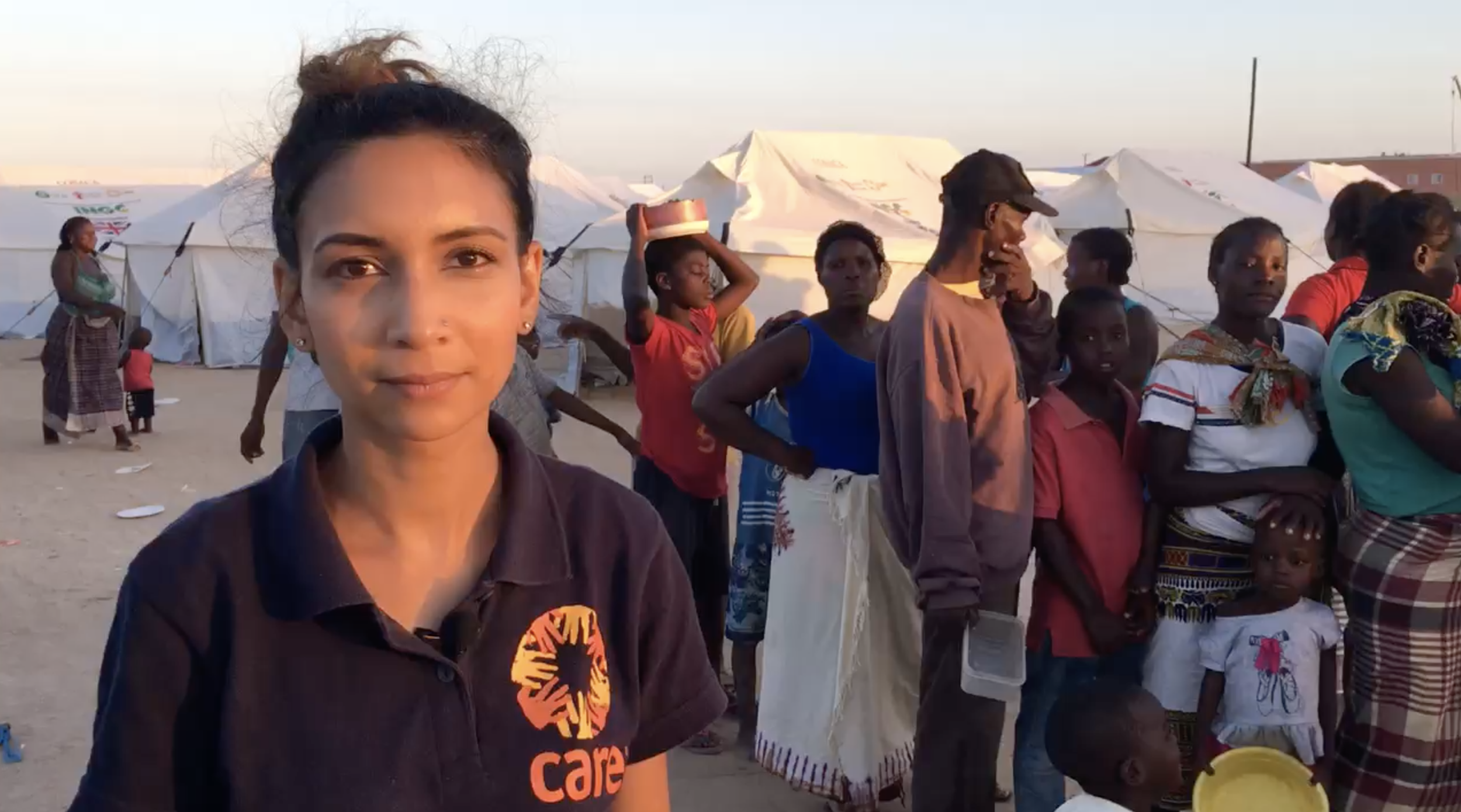 There is a sea of mud and rubble for as far as the eyes can see.

In one of the poorest neighborhoods in Beira, the second largest city in Mozambique, the devastation caused by Cyclone Idai is plain to see. It’s all around you.

The blazing sun is searing to the skin. Children play in dirty water.

There’s rubble everywhere. Parts of metal roofs have sunk into the mud and large patty fields now have the same effects as quicksand, making them impossible to cross. In the middle of the narrow walkways, puddles remind me of the vast flooding people experienced here just a few days ago. “The water was up to my hips,” Manuela tells me. She ran outside with her eight-month-old daughter, Mariam, when the cyclone blew off the roof of her house. One small room is all that remained after the floods, in which now her entire family lives. The rest of her house collapsed.

The cyclone destroyed or damaged more than 84,000 houses. Families have lost just about everything. One woman even told me that she fled the rising waters with her refrigerator, afraid of losing the most valuable thing she owned.

The mud on the ground is a mix of brown and green that carries an acrid stench. The whole ground looks contaminated. Only stones remain at places where latrines used to stand. Most of the families go into the open field to relieve themselves. Yet children play and women cook not far from the places that have now become “toilets.”

Cases of cholera have already been reported in parts of the cyclone hit areas. CARE is distributing hygiene kits with soap and water purification solutions to help families protect themselves from disease outbreaks. But we need more support to reach hundreds of thousands of people in urgent need of help.

About 750 people have been resettled into one of the camps outside of Beira, which used to be a soccer field. With only six unlockable toilets available, many women pair up in groups of two to make sure they can keep at least a little bit of privacy. On top of that, only five shower cubicles are available in the camp – showering on a regular basis is not possible for most.

Almost 3 million people have been affected by Idai in Mozambique, Zimbabwe and Malawi. CARE is on the ground focusing on providing sanitation and hygiene kits as well as shelter kits, tents and mosquito nets to those most affected by the storm and flooding.