From Refugee to Pharmacist, This Girl Is Building a Better Future - CARE

From Refugee to Pharmacist, This 12-Year-Old Is Building a Better Future for Herself 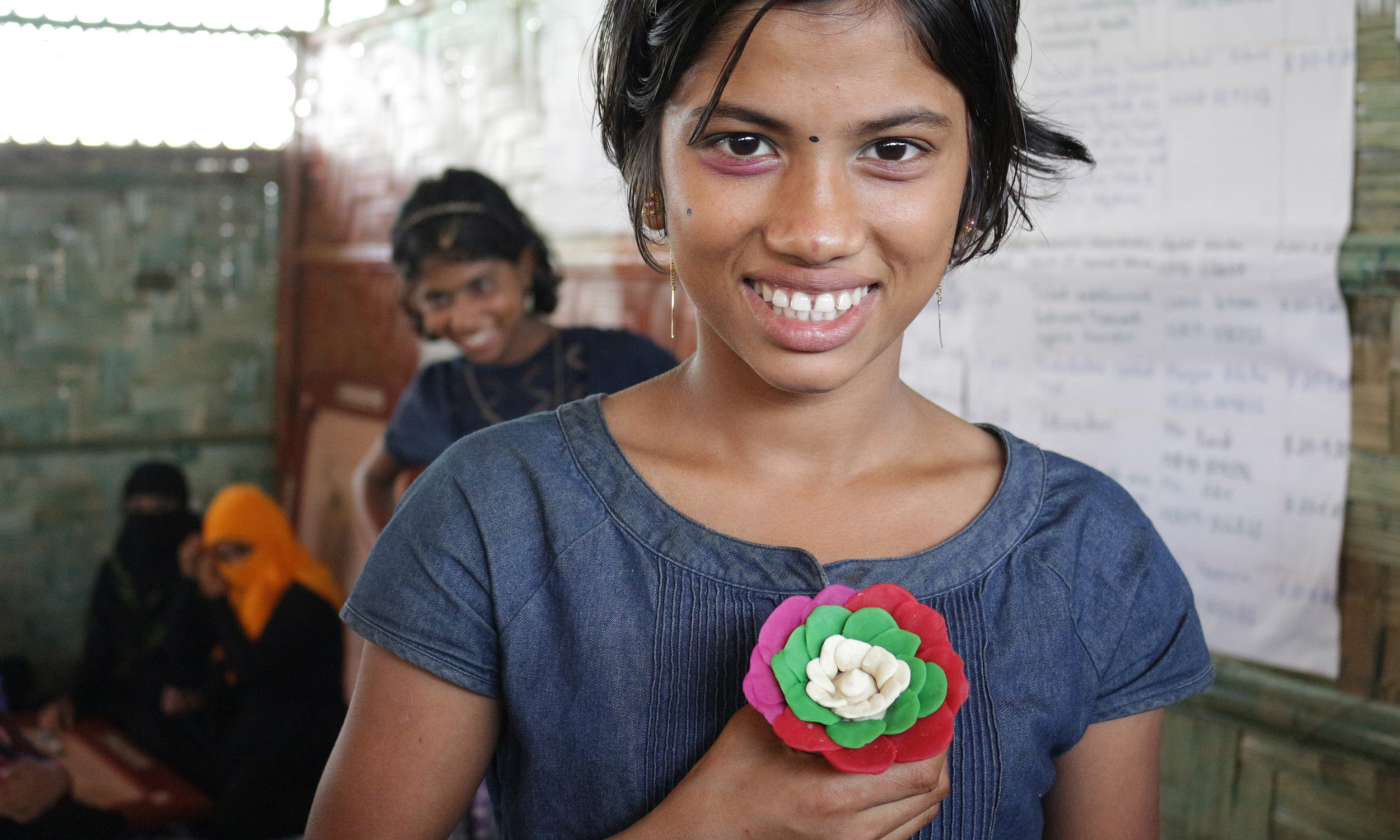 Noor Kajol likes to stay busy. The 12-year-old fills her days studying Arabic, playing games with friends, and making art. A refugee from Myanmar now living in a CARE-managed camp in Bangladesh, she left Myanmar with her family a year ago in the wave of hundreds of thousands of refugees fleeing extreme violence in the country. She has two older sisters and three younger brothers and, unlike so many of children at the camp, her parents are still alive.

Her family lives in a small shelter at the camp with no electricity. And although the shelters are hot and become weak after rains, Noor Kajol says this is a better way to live. In Bangladesh she’s able to continue her schooling, roam around freely, play, and draw whatever she likes. She realizes that had she stayed in Myanmar, she may not have survived, let alone fulfill her dream of becoming a pharmacist.

“Girls who complete 10th grade can work in pharmacies. I also want to work in a pharmacy, or become a doctor if possible,” she says.

Many girls, including Noor Kajol, witnessed atrocities such as rape and violent deaths in Myanmar. In response, CARE operates what are known as Women Friendly Spaces, community centers where local women and children can find refuge, socialize, seek counseling, and attend various trainings. Many children have lost their parents and now live as orphans in the camps. The spaces are popular among children and young girls like Noor Kajol, who come there to eat, play, and rest.

of refugees from Myanmar are women and children.

of refugees from Myanmar are women and children.

Life in Bangladesh gives Noor Kajol hope. She’s holding onto her dream of becoming a doctor or working in a pharmacy.

“When we arrived in Bangladesh, we were very scared as this was a new and unknown place, but now I feel happy that I can study and play here with no fear.”

Girls like Noor Kajol who are fleeing emergencies risk violence and exploitation on the road to safety. Hear other girls’ stories and sign the petition to help make them Safe From the Start.