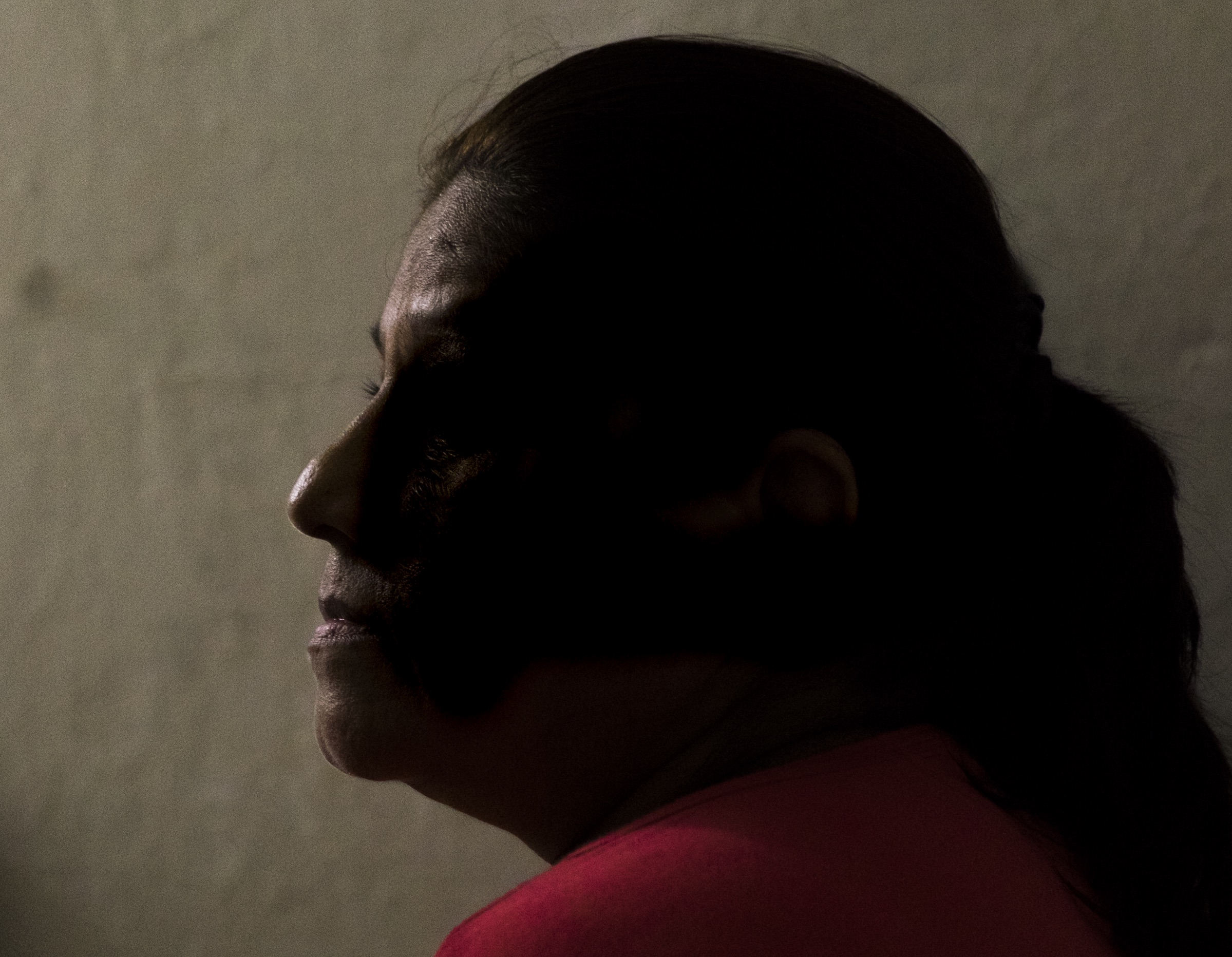 When Elizabeth was 6, her mother died and she took her first job: farming beans, corn and peanuts in an eastern Ecuadorian town known for its agricultural processing industry, about 20 miles from the Pacific coast. It was the same year her uncle raped her for the first time.

For the next six years, she endured the abuse. When she moved into her grandmother’s house with her father at age 12, her uncle — and his assaults — followed. “When I was a little girl, I was innocent,” Elizabeth, now 52, says. “I didn’t understand what was going on.”

She tells her story sitting at the foot of her bed, which is covered in a purple plaid blanket. Hands in her lap, she fiddles with a handkerchief, emotion rising and falling within her as she recounts a life of sexual abuse that would extend well beyond the predatory hands of her uncle — and include a succession of employers in whose homes she cleaned, cooked and cared for their children. Across the room, on her dresser, are photographs of her own beloved children and grandchildren, who can be heard in other parts of the house, unaware of the story unfolding behind the curtain that serves as Elizabeth’s bedroom door. On the floor are a hamper of neatly folded clothes and two teddy bears, one holding a heart that reads, “Love you.”

Desperate to escape her uncle, Elizabeth left her grandmother’s house when she was 14, working as a maid in a family’s home. But, again, the abuse trailed her, as the employer and his son both regularly harassed Elizabeth. “When I told my aunt what was happening, she didn’t believe me,” she says. “She said I was lazy and that I was making it all up because I didn’t want to work.”

From house to house, family to family, the abuse dogged Elizabeth, like a persistent shadow she couldn’t outrun. In another home, the wife worked nights as a teacher, and that’s when her husband would come to Elizabeth’s bedroom and repeatedly pressure her to have sex. She left after six months.

In still another, she worked from 6 a.m. to 8 p.m., cleaning, washing, cooking, folding clothes. The wife was good to her, Elizabeth says. The husband became obsessed with her. She was 16. He was 50. “He was jealous and protective of me,” she remembers. “He controlled who was calling me on the phone. He wouldn’t let me visit my grandmother.”

There are 300,000 domestic workers like Elizabeth in Ecuador, many of them laboring long days in exploitive conditions, in spite of the country’s laws forbidding such circumstances. In 2013, Ecuador ratified UN Convention 189, which sets labor standards for domestic workers — minimum wage, 8-hour workdays, social security, etc. — but not protections against the kind of sexual harassment and abuse Elizabeth suffered for decades. Like Elizabeth, many domestic workers begin working as children. One common thread among them is that they have no one to trust — and no one who trusts them. When they do summon the courage to speak up about their abuse, they often find few people, if anyone, to believe them. Instead, they’re viewed as irresponsible and unreliable.

Feeling isolated and mistrusted, having already been forced years earlier to grow up too soon, Elizabeth, at 20, sought distance from the abuse. She moved by herself to Ecuador’s economic hub, Guayaquil, a coastal city of about 2 million people. “I never had a support system,” she says. “I came here alone and really suffered a lot.”

She continued caring for other families, other homes, and always was exploited, she says. It wasn’t until seven years ago that she learned what a minimum wage was: “You make what you deserve,” she says employers often tell women and girls like her. It was then that she first learned of health insurance, too, of overtime pay and other benefits like maternity leave and social security.

A neighbor, herself a domestic worker, had introduced Elizabeth to a women’s association of domestic workers. The group advocated for employment contracts, fair working conditions and other protections Elizabeth had lacked for so long. That association evolved into a national union of domestic workers, which is active today in provinces throughout Ecuador and whose Sunday meetings Elizabeth regularly attends. But the group offers much more than a collective voice that demands legal protections. It offers strength and solidarity among women with shared experiences, with common aspirations for their work to be recognized and valued as real work. “It’s much better to fight together with other women,” she says, “because when we’re together, people really listen.”

Today, in a loving home full of children and grandchildren, Elizabeth says she’s happy. Superhero figurines stand posed on a shelf in the corner of her living room, as if watching over the puzzles, games and other toys stacked neatly below. Across the room, her son, barefoot, studies on the sofa by a large window, a science textbook spread out in front of him, open to a diagram of the human body.

“I still struggle with poverty,” she says. “But I work hard, and all I ask from God is good health so I can continue fighting for my children,” so they can avoid the same burdens she faced at their ages, she says.

She works regular hours, from 8 or 9 a.m. to about 4:30 p.m. most days, with flexibility in her schedule. Her employer treats her well, even allowing Elizabeth a few vacation days each year.

Perhaps it was on one of those days recently that she returned to her hometown. In talking with an aunt, Elizabeth learned that the aunt’s granddaughter was suffering abuse from the same uncle who had so early and repeatedly molested Elizabeth. At that moment, she revealed her own abuse, begun decades ago by the uncle, who overheard the conversation from the next room.

Days later, authorities recovered his dead body from the river, where he had drowned himself by jumping from a bridge high above. It was his confession, she says, to the years of abuse he layered on Elizabeth — and apparently others.

She was instantly redeemed by the truth, which her uncle finally revealed in death. People, inside her family and outside, believed her.

Elizabeth has forgiven her uncle. “I don’t want to carry this bitterness,” she says. It’s why she tells her story now, having been disbelieved for so long. And why she hopes, in so doing, she can help others.

“It’s important to talk about it,” she says. “When people are silent, the abuse continues. It will never stop.”