One Syrian Family’s Winding Journey in Search of Safety - CARE

One Syrian Family’s Winding Journey in Search of Safety 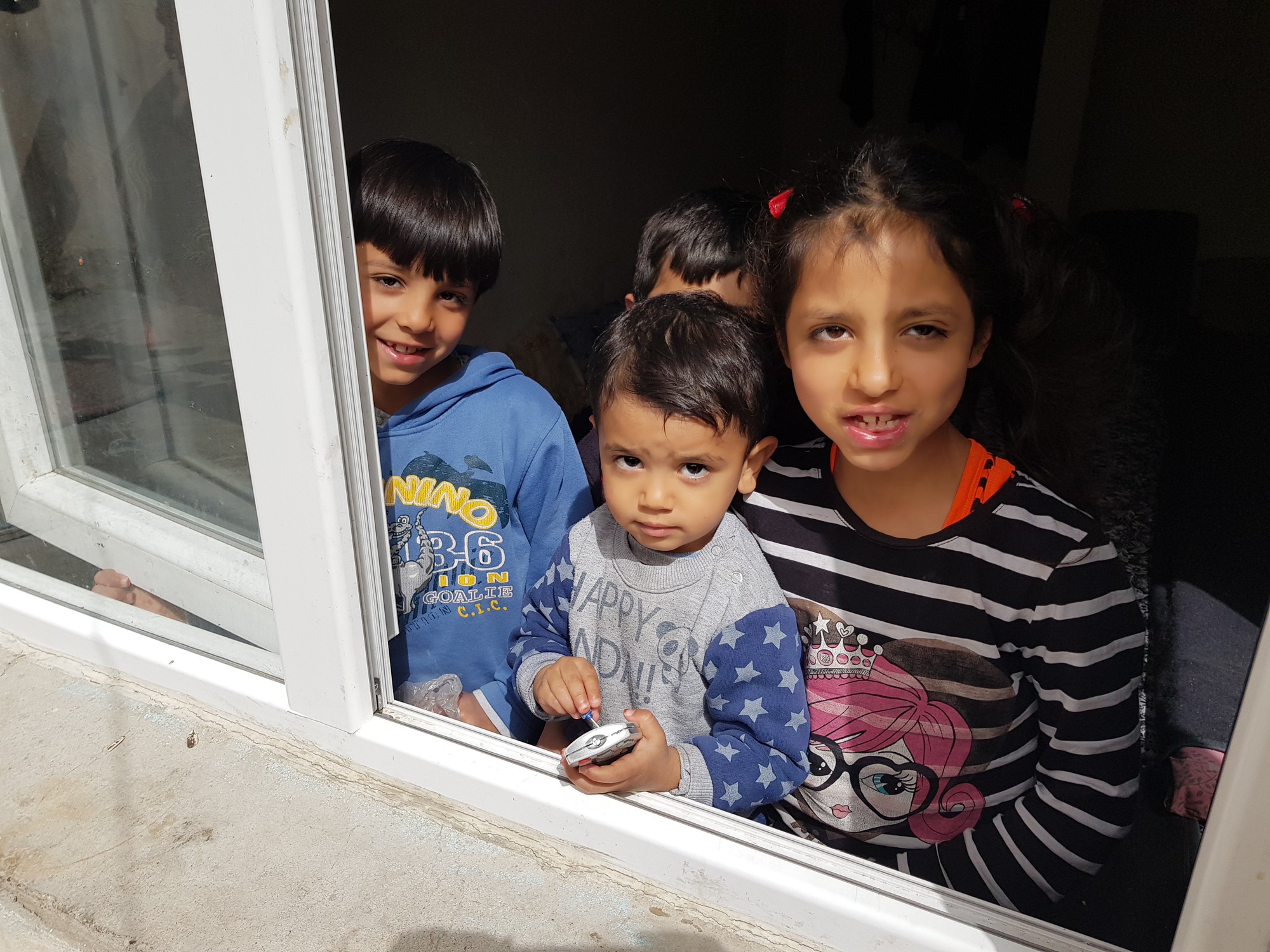 One family’s winding journey in search of safety from the conflict in Syria.

Najlaa, 27, sweeps the concrete floor of her two-room home in Kilis, a small town of 93,000 in Southern Turkey that hosts 130,000 Syrian refugees, and recounts her winding journey in search of safety from the conflict in Syria.

“We lived in Aleppo, then fled to Turkey when the conflict in Syria started and my husband got wounded. When my mother fell ill in Syria, we all went back to Aleppo to be with her. But then the city was besieged by the Syrian army and life was very difficult. We left Aleppo again on the green buses to Idlib, before coming to Kilis.”

Her head-spinning recollection of the places she’s had to move to and from with her 30-year-old husband Saleem and their five children mirrors that of millions of Syrians who have been displaced by eight years of conflict.

Najlaa also shares a story with the tens of thousands of Syrians who’ve been transported on the now famous green buses from places like Aleppo, Eastern Ghouta and Northern Rural Homs to the northern governorate of Idlib. Often after weeks of intense shelling and airstrikes in those populated areas, a deal between the Syrian government and armed groups would be announced. Faced with the options of relocating to the opposition-held area, or staying put and facing continued deprivation, and possibly arrest and detention, civilians and combatants alike would board the buses headed up north.

I really want my children to get the education I wasn’t lucky enough to continue.

Idlib has become the de facto home of more than 2 million people, most of them displaced from other parts of Syria. Civilians often arrive in the northern governorate after long periods of besiegement with little food, clean water and healthcare. They lack of accommodation and jobs, and face continued fighting and insecurity. Local humanitarian organizations present in the region are overwhelmed by the ever-growing needs. CARE is supporting eight such organizations to respond to people’s need through food and cash distribution, as well as water, sanitation and hygiene projects.

For Najlaa and her family, the only choice was to move even further north and cross into Turkey a few months ago. Saleem found a job as a tailor while Najlaa takes care of their children, aged 2 to 12, two daughters and three sons, none of whom goes to school. The rent for their small home is 100 Turkish Lira ($23) per month. The rest of her husband’s pay goes toward food and other daily expenses.

“Life is safe here, but expensive. I wish I could work. But I can’t leave my children alone,” Najlaa says.

The children have lost years of education. When they lived in besieged Aleppo, they didn’t go to school because of the daily fighting. Once they reached Turkey, it was too late to enroll them. “I really want my children to get the education I wasn’t lucky enough to continue,” she says.

In Syria, where the infrastructure has been badly damaged by the war, classrooms have been destroyed or used as shelters. Half of the population has been displaced from their homes and one out of three children is out of school.

Families like Najlaa’s that have been repeatedly displaced often end up with few assets or resources. When they moved into their new home in Kilis, the children were afraid to go into the kitchen, which had a leaking roof, cockroaches and no sink.

CARE has helped Najlaa and her family fix the roof, put a sink and taps in the kitchen, rehabilitate the toilet and change the doors and windows. But what Najlaa dreams of is her house in Aleppo and its small garden. It has been destroyed, her husband has lost his job, her mother has passed away, and she sees no hope of returning home soon, unless it’s to live again in displacement.

*Names have been changed.