She is a Fighter: Hayat Abou Chakra - CARE

She is a Fighter: Hayat Abou Chakra 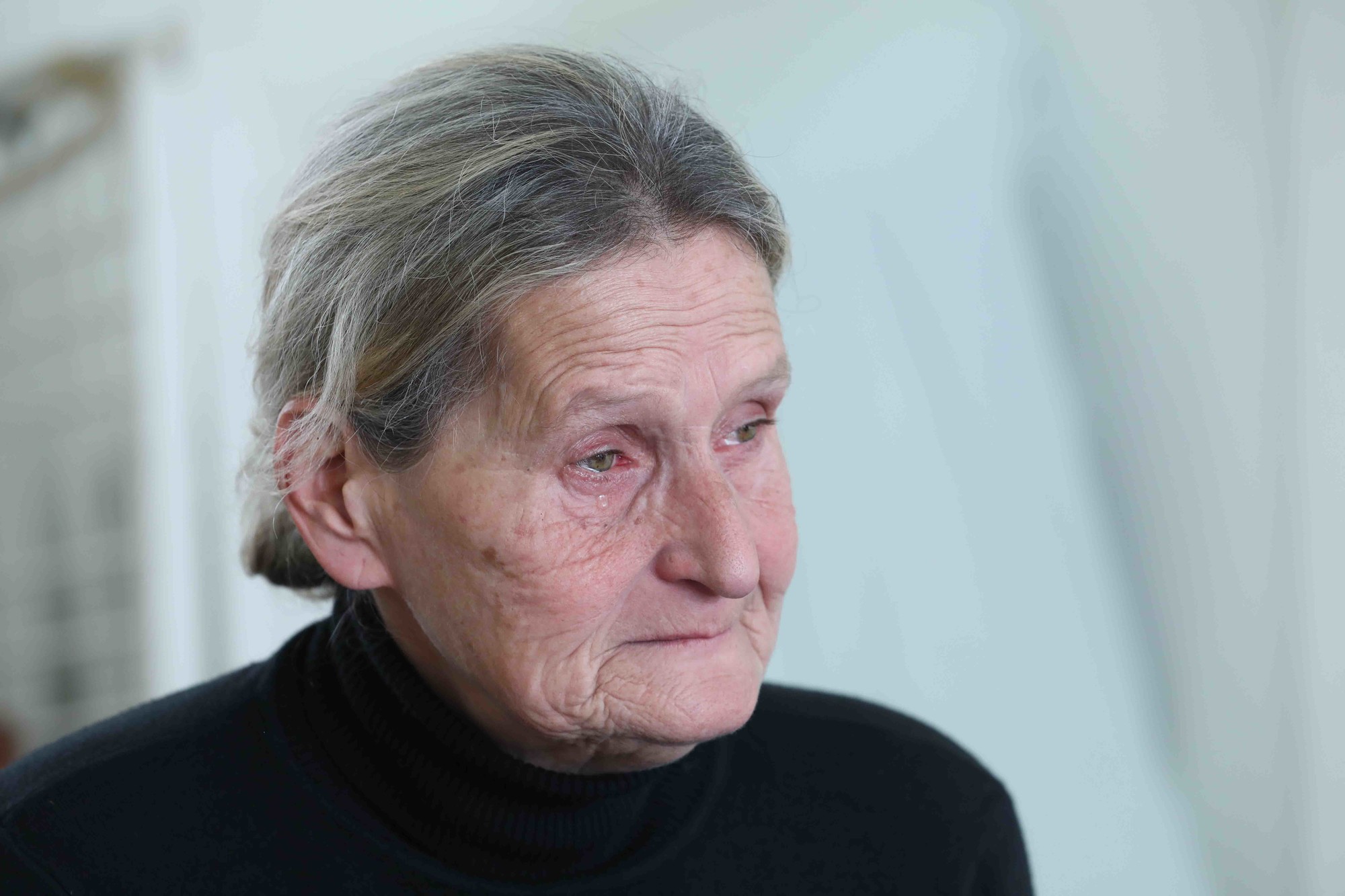 Hayat lost her son in the ports explosions that devastated Beirut last August. As she mourns her son, she’s fighting to build back her life. This International Women’s Day, we’re celebrating EVERY Woman — the fighters, entrepreneurs, the changemakers.

Hayat Abou Chakra’s son Chady is among the 207 people killed August 4, 2020 when two explosions in Beirut, Lebanon tore through the city.

“Chady left the house five minutes before the blast. He said, ‘Mum I’m going to have coffee with friends,’ and he died in their house when the building collapsed,” she says.

The explosions, fueled by 2,750 tons of ammonium nitrate abandoned in Beirut’s port, were among the largest non-nuclear blasts in history. More than 6,500 people were injured and over 300,000 were displaced from their homes. It is estimated the explosions caused as much as $4.6 billion in physical damage.

More than 300,000 were displaced from their homes by the blasts

Although he was mute and did not speak, Chady, 38, was very sociable. He worked with his mother and other members of their family running a parking lot near the home Chady and Hayat shared. He bonded easily with patrons of the parking lot, even if they did not know sign language, and he was active on the internet and social media.

After Chady’s death, Hayat received financial support from her family and from her son’s many friends and acquaintances.

“I think about him every single moment of the day.”

“A lot of people that I didn’t know, but who knew Chady, helped me,” says Hayat. With the money she received, Hyatt was able to buy a cemetery plot and repair the damages to her home caused by the blasts.

Hayat had been able to provide for her family because of the small parking lot she owns – now deserted due to the Coronavirus lockdown. Today, she is surviving thanks to the support of the Lebanese Red Cross. Like many Beirut citizens in need, Hayat receives $200 per month to help cover her expenses. 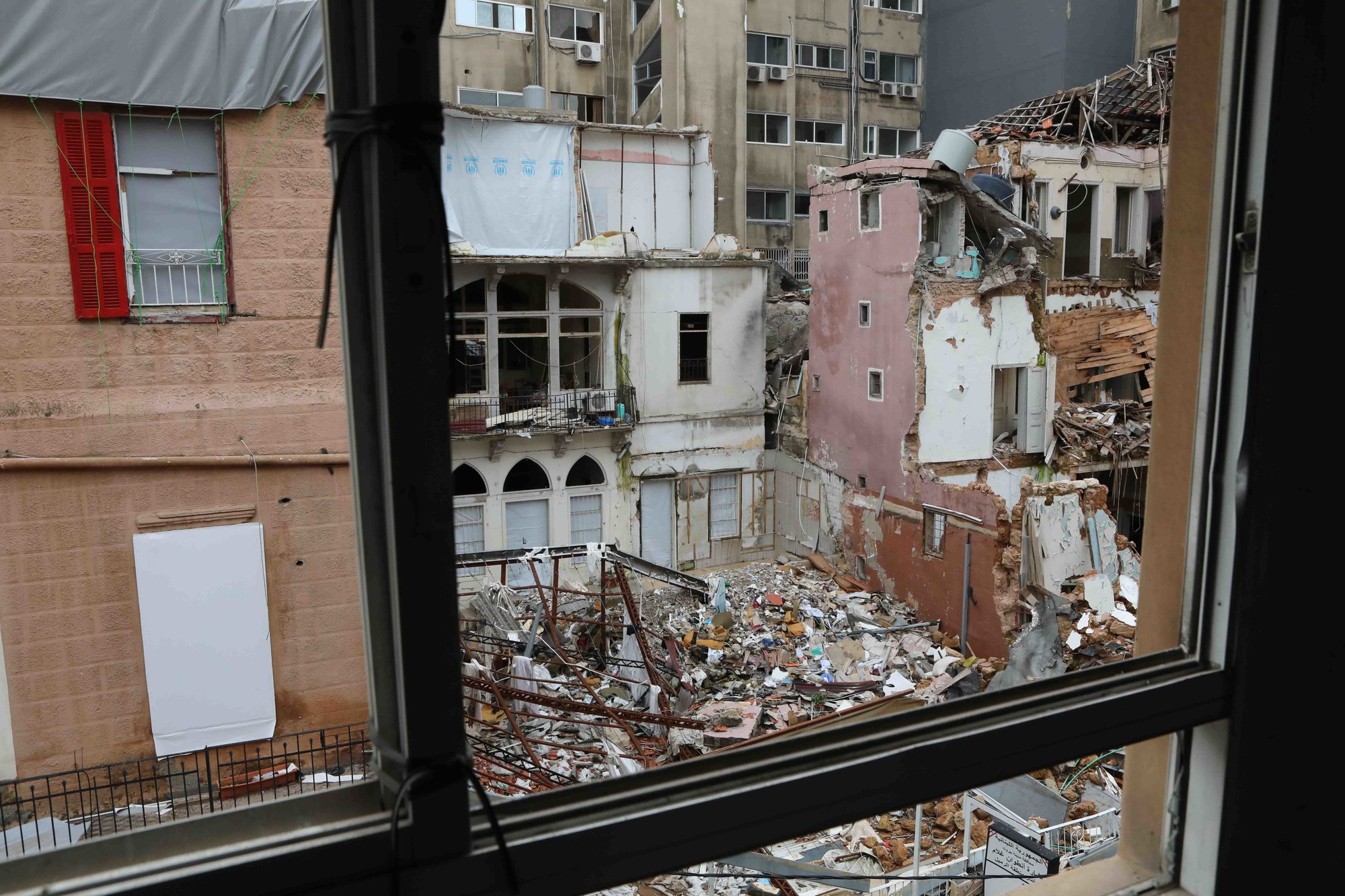 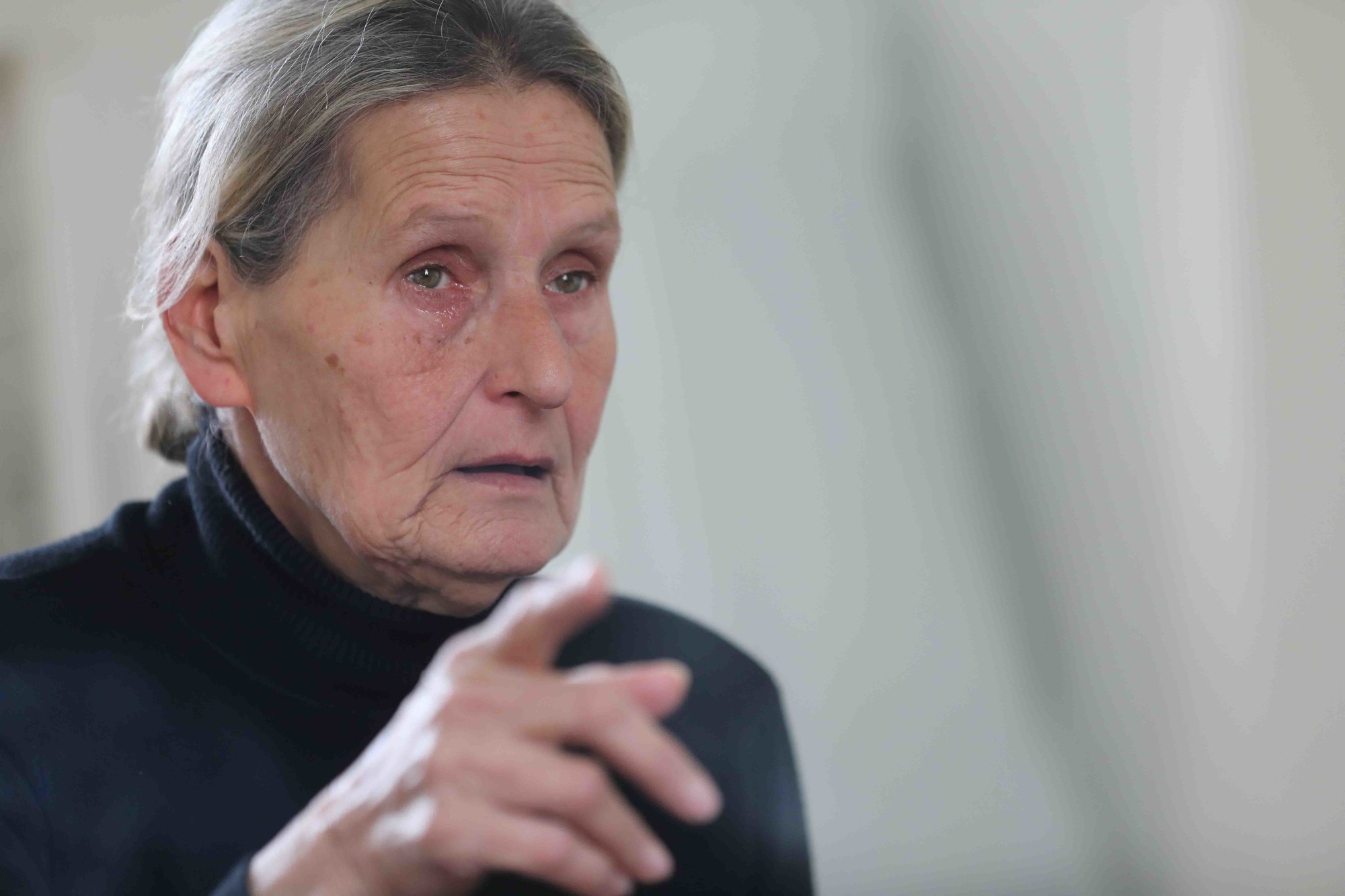 When the first explosion swept through the city, Hayat and her granddaughter were watering flowers in the parking lot. The pair took refuge in a nearby church. Debris from the blast injured Hayat’s arm and left her body covered in broken glass.

“If I had stayed outside, I probably would have been killed,” she says.

When she arrived at the hospital to have her arm treated, Hayat saw the scope of the devastation caused by the blasts. “I lived through the war here in Beirut and had never seen such scenes or smelled such odors in a hospital,” she says.

She called Chady after she returned home.

“His cell phone was ringing, but he did not answer,” she says before pausing and fixing her gaze on a point on the ground. “I spent the night at my window, listening to every noise, waiting for Chady to come back.”

“My son is deaf, so he cannot hear if you call him and, therefore, could not respond to rescuers to be located,” Hayat says.

Chady’s body was found buried in the rubble two days after the blasts.

In her modest, newly restored house, Hayat points to her son’s bedroom and says, “Look, his things are still there. Even today, I am wearing his trousers.”

Tears running down her cheeks, she continues, “Sometimes I forget what happened and start to wait for his return. I finish cooking and I begin to expect him. When the internet or any electrical equipment breaks down, I tell myself that Chady will fix it when he gets back.”

“I think about him every single moment of the day.”

Six months on, CARE is supporting many women in Beirut like Hayat who have shown remarkable resilience in the aftermath of the explosions. The women are moving forward with rebuilding the city, ensuring women and girls are at the forefront of the effort. Special care is being taken to elevate traditionally marginalized voices to make certain the recovery process reflects the needs of everyone. With the support of CARE, local and international NGOs, and community groups, the people of Beirut are restoring their homes and businesses, putting the pieces of their lives back together as best as they can.

Meet other inspiring women like Hayat and celebrate the strength, resilience and ingenuity of EVERY woman.

Beirut, Lebanon, 4 February, 2021–Six months after the explosion at the Beirut port, Lebanon continues to face multiple and acute crises, with over half the population living below the poverty line and without a stable source of income. No meaningful recovery can be achieved without involving women and local civil society in finding a solution for the country’s compounding crises.

Your generous CARE Package gift can help support women and girls around the world.