Somalia: 'I want to become minster of education so that other girls can learn' - CARE

Somalia: 'I want to become minster of education so that other girls can learn' 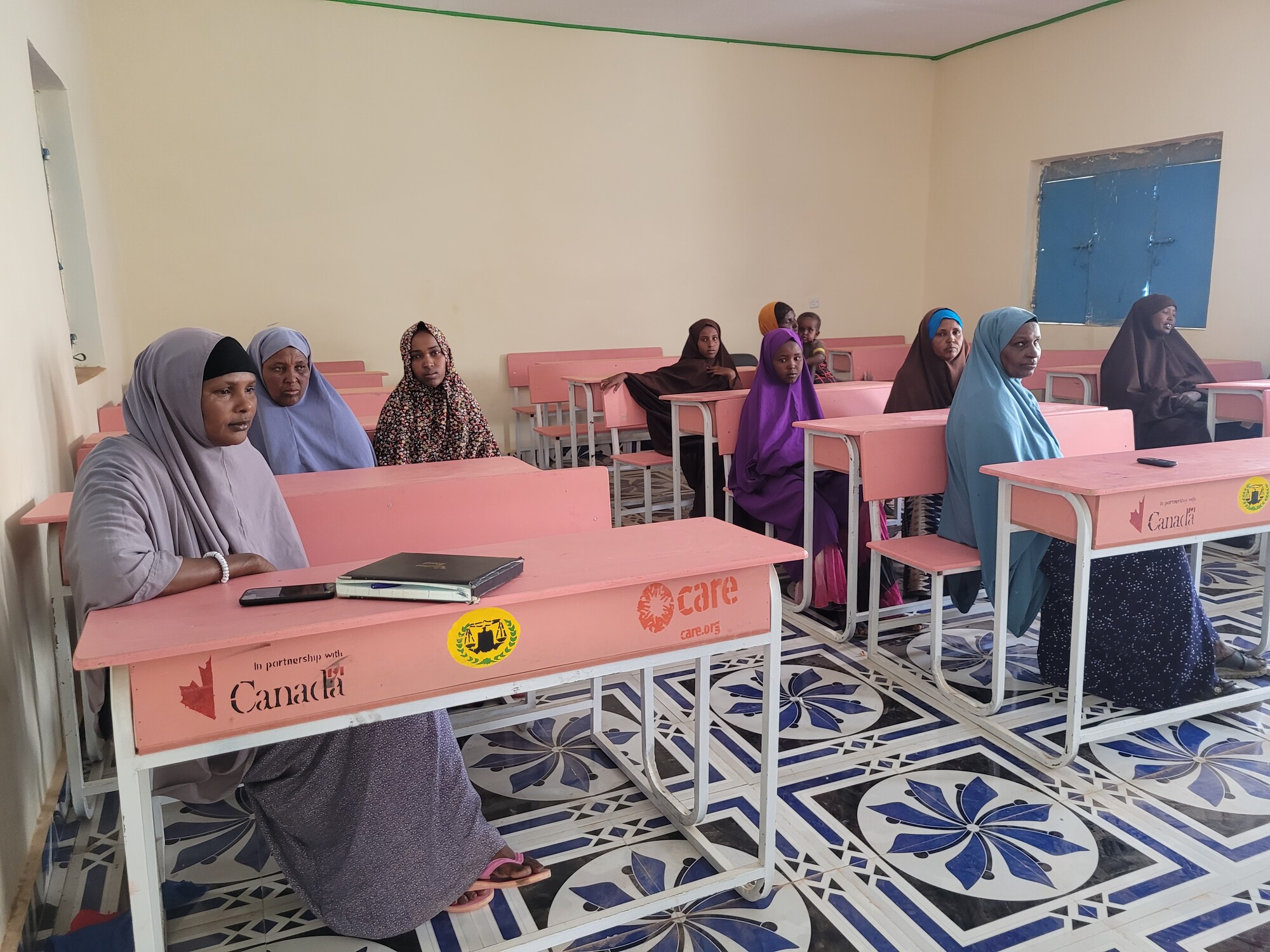 “The children in our school come from families that have been displaced due to the current drought,” explains Halima, principal of Ayaanle Primary School. Currently, 1.4 million children in Somalia are affected by the drought. Hamdi, 14, is one of them. She attends the fifth grade.

“Before we moved to the town, we lived in a camp for displaced people,” Hamdi says. “Our life there was very hard. There was no water. I could not go to school and had to help my mother in the household.”

Girls such as Hamdi bear a heavy burden during periods of drought. In Somalia, one in two girls under the age of 18 is married in cases when their income is not enough for the entire family to survive. Girls are also the first to be absent from school and have to provide support in household chores, such as walking to distant water sources.

When Hamdi was ten years old, the family left the camp and came to a city.

“We had to move because we could not find anything to eat. I also wanted to send my children to school,” says Hamdi’s mother, Mariam Adam, 43.

Education on the road to independence

CARE helps families so girls like Hamdi can go to school. Hamdi’s family is supported with schoolbooks and exercise books, writing materials and other supplies that Hamdi needs. “I like to go to school. I want to learn a lot so that I can support myself and my family,” says Hamdi while sitting next to her mother on a pink school bench in her classroom.

Hamdi’s mother Mariam wants her daughter to finish school successfully. “I want her to succeed and have a better future,” Mariam says.

72 percent of women living in rural areas in Somalia have never gone to school. Mariam would like Hamdi to become financially independent in the future. 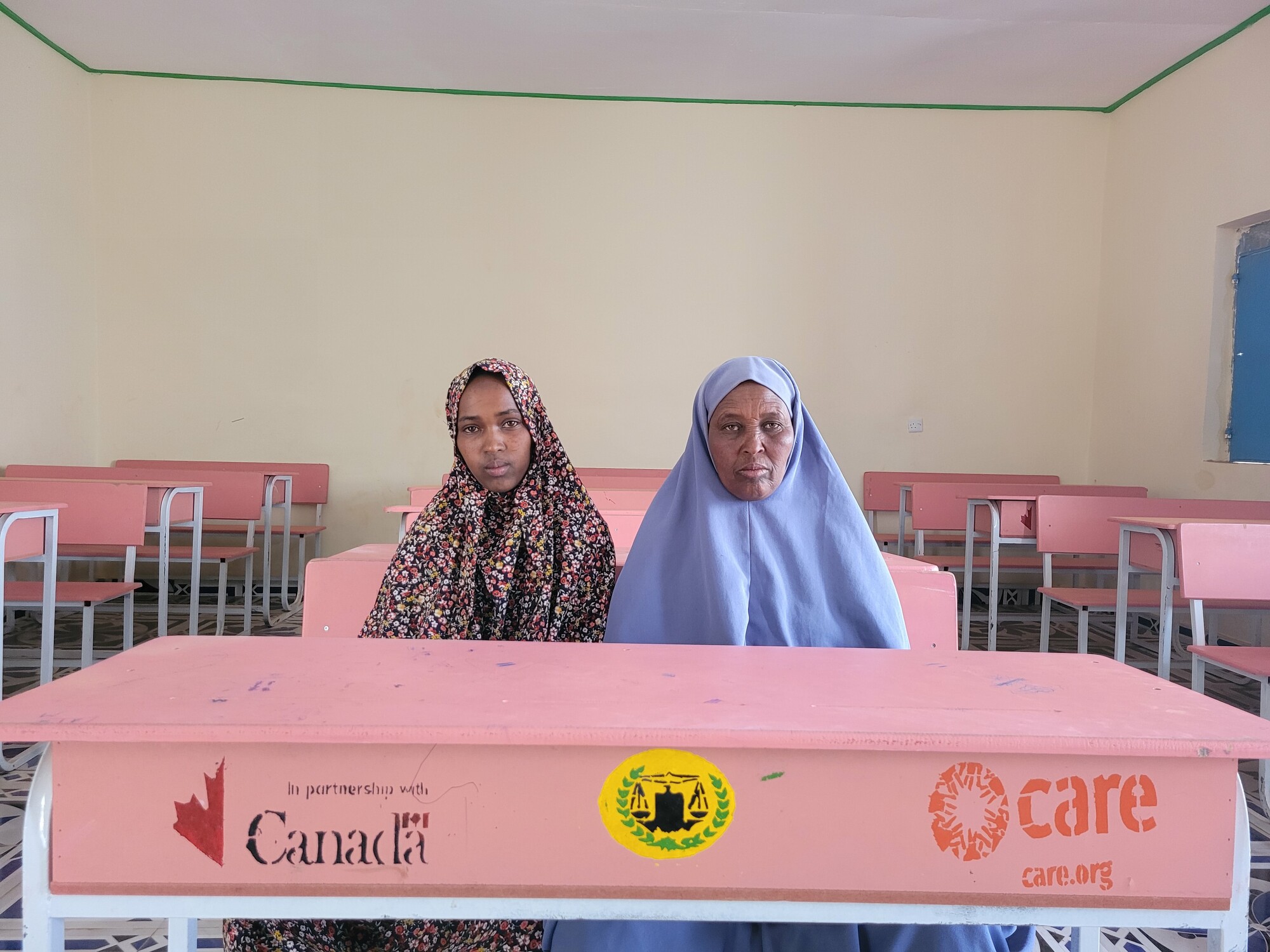 "I want to go to university and become the minister of education in order to give other girls the opportunity to learn," says Hamdi (pictured with mother Mariam, right). She attends the fifth grade. "Before we moved to the city, we lived in a camp for displaced people. Life was very hard there. There was no water. I couldn't go to school, I had to help my mother in the household.” Photo by Sarah Easter/CARE

“I sell meat but due to inflation and the current drought, things are not going well,” Mariam says. “We are also in debt.” She is responsible for the family’s income and takes care of her children mostly alone because her husband has a visual impairment.

“Everything is expensive,” she says.

“Food is expensive. School fees are expensive. I cannot afford it and it is a big burden. My neighbors often ask me what happened; why I suddenly look so old. All these challenges in my life are aging me.” 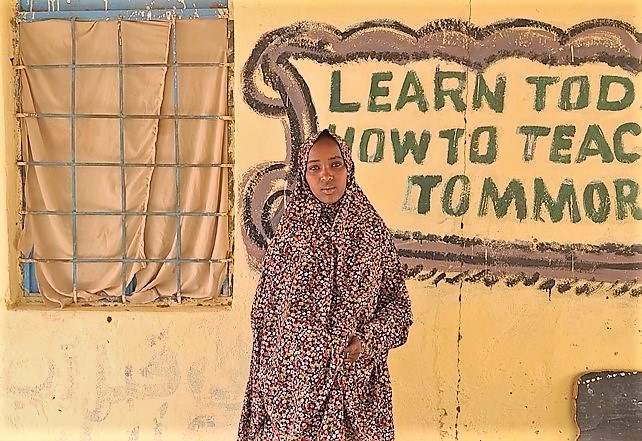 At the entrance to the classroom, the words ‘Learn today how to teach tomorrow,’ are written in green letters. Hamdi has embraced these words. “I want to go to university one day and later become a minister of education so that other girls can learn,” explains the 14-year-old.