Years as a Domestic Worker Leave a Trail of Sexual Abuses 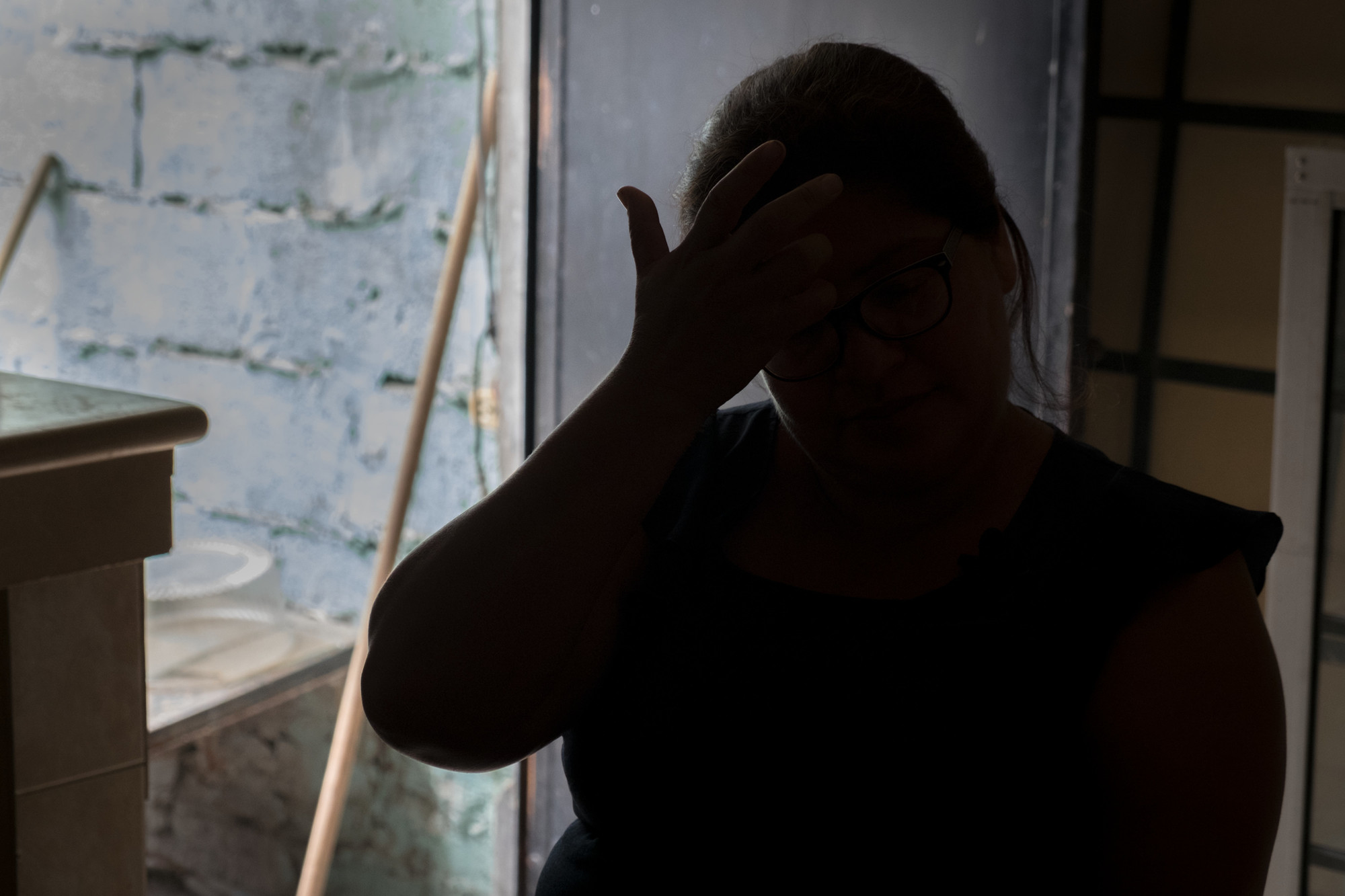 Fernanda, a domestic worker from Ecuador, thought suicide might be the only way she would ever escape. Then she made a discovery that changed her life.

Fernanda* didn’t sleep nights in the room she shared with her sister. Rather she stayed awake to protect her.

They were not yet even teenagers, victims in the home and at the hand of their employer whose home they cleaned and meals they cooked.

“He used to sneak into our room and would touch my sister,” she says. “So from that moment, I stayed awake taking care of her — until one day he touched me. I never told my mother, because I didn’t think anyone would believe me.” Emotion welled in her throat as she shared her story from a modest concrete office space in Guayaquil, Ecuador. A single bare lightbulb dangled above as she recounted her experience, casting shadows across the kitchen.

One of 10 children, Fernanda spent her early childhood in Esmeraldas, a coastal city in northeast Ecuador. Her mother alone was unable to support all of the children, so at age 12, Fernanda went to work, along with her sister, in a couple’s home, cooking and cleaning in exchange for food and clothes. There was no salary.

The man in the house, her employer, soon began sexually harassing and abusing Fernanda and her sister, as if that behavior was expected, a part of their job description. “I didn’t realize I was just a child,” she says. “I didn’t know that you have to respect a child, and he made me feel like I was responsible for all the things that were happening.”

Fernanda feared that by mentioning the assaults, she would create trouble between her mother and the employer — even place her mother in physical harm.

The abuse continued, not only in that home with that employer, but in other homes with other employers. “Scratch me here,” one often told her. “Look what I have here,” he would say, suggestively. At 14, Fernanda moved to Santo Domingo, but in every new job, behind every new door, the next employer harassed and abused her just as the previous one had.

“I didn’t realize I was just a child.”

One employer told Fernanda on her first day of work that sex with him was expected. Another masturbated in front of her. In one home, with no bedroom of her own, she slept on the floor by the bathroom. “I never knew whether to pretend to be asleep or to show him I was awake,” she says. “What was the best way to avoid the abuse?” she recalls thinking at the time. As she quit one job to find safety in the next, people felt she was unreliable. “Everyone thought I was irresponsible and lazy,” she says.

At 15, she moved by herself to Guayaquil, Ecuador’s economic hub, where she attended school on the weekends and worked during the week. Fernanda finally found a job with a woman employer who treated her well. “She was like a mother to me,” she says.

When the woman started dating a new boyfriend, however, things changed. Fernanda says he physically abused the woman and the children. He walked around the house naked, verbally mistreating Fernanda and others in the home.

The cumulative effect of so much abuse could have been deadly: Fernanda wanted to kill herself by overdosing on pills.

Then she saw a sign for cosmetology classes. She registered at the local nonprofit offering them but quickly learned the organization dealt in much more than makeup and hair styles.

The discovery may have saved her life.

The nonprofit also administered an employment agency, which aimed to ensure that domestic workers had protections and basic rights.

Representatives advocated for contracts between employers and their employees. They visited homes to check on the workers, asking employers where and with whom the girls and women would sleep.

Inspired by the organization’s mission and effort but disheartened by its lack of results, 100 women and girls working with the nonprofit, including Fernanda, started a domestic workers association, which was legally chartered in 1997.

“It was hard in the beginning,” she says, “because everyone had such low self-esteem.” But through a shared story and purpose, they persevered, supported by educational programs, psychological services and one another. They were unified in an overarching conviction many had never before understood: Domestic work is work. It’s “real” work that should offer the same rights and benefits as any other full-time job: a minimum wage, for example, maternity leave, an 8-hour work day, overtime pay — and protections against sexual harassment and abuse. Theirs was no small undertaking given domestic worker situations in which employers often view their employees as property they own, not as individuals they must respect.

In just the past year or so, the association — now a national domestic workers union — has expanded beyond Guayaquil and is now active in six provinces throughout Ecuador. It has made much progress, and today Fernanda points to Ecuador’s laws protecting domestic workers as one strong measure of that. “We feel like we’ve accomplished a lot,” she says. “Domestic work is being talked about now; it’s being addressed in the media in an important way.”

In 2013, Ecuador became one of the first countries to ratify the International Labour Organization’s Convention 189, which establishes labor standards for domestic workers. Implementation and enforcement of legal frameworks like that, however, are much slower to come. And when they do, they sometimes have unintended consequences. Because many employers refuse to pay their employees social security or offer vacation days, for example, they fire them instead, often hiring someone else less inclined to assert her rights so she can feed her children instead — at any cost and for any pay.

So Fernanda and the union continue to fight. And CARE supports that fight through training it offers union members who learn advocacy, financial management and other ways of effectively raising their collective voice. They distribute fliers promoting the union in neighborhoods where they know domestic workers live. They arrange meetings with government officials, particularly with Ecuador’s Ministry of Labor, and urge leaders to enforce the laws already on the books. Fernanda and some of her fellow union members even met personally with former Ecuador President Rafael Correa, who championed their cause while in office.

“It is important to organize,” she says, “to do these things together.” She says they use their collective voice to remind politicians of the 300,000 domestic workers living and working in Ecuador. “That’s a lot of votes,” she says with a wink.

More than anything, Fernanda says domestic workers should value what they do. “We should see our work as important and realize that we help people take care of their lives, their children, their homes.

“I have a daughter and sons and wouldn’t mind if they did domestic work. It’s a dignified profession that people should be proud of doing, but I worry how people would treat them, because many people still believe domestic workers are objects that belong to them.”

So Fernanda marches on — but not alone. “Women need to work together in order to make change. Alone, we will not succeed. But together, we have power.”

*Fernanda’s name has been changed to protect her identity.