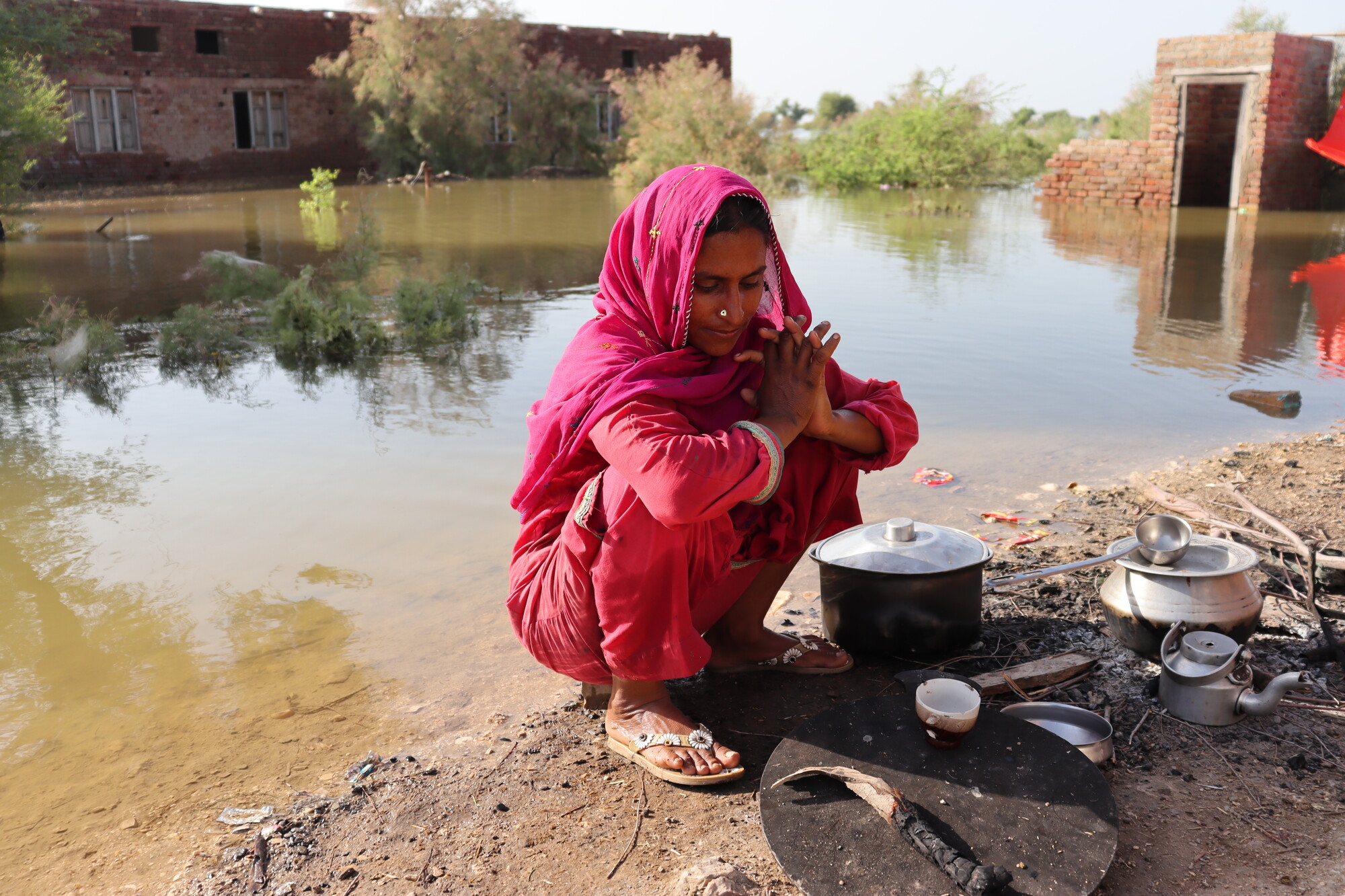 From drought in Somalia to flooding in Pakistan, and from cyclones in Madagascar to torrential rains in Nigeria, the effects of climate change are having a devastating impact on the world’s most vulnerable countries. Moreover, they are having a disproportionate effect upon women and girls who are nonetheless excluded from many of the conversations about how to respond.

For CARE, our position is that climate justice — to be justice at all — must also be gender justice. As the 2022 United Nations Climate Change Conference, known as “COP27,” is now underway in Sharm El Sheikh, Egypt, this is what we are demanding as a global organization.

Because of a lack of mitigation and adaptation action, loss and damage is a daily reality for too many people. That action is lagging mainly due to a lack of financing from richer and more powerful countries — the same ones primarily responsible for the effects of climate change in the first place. 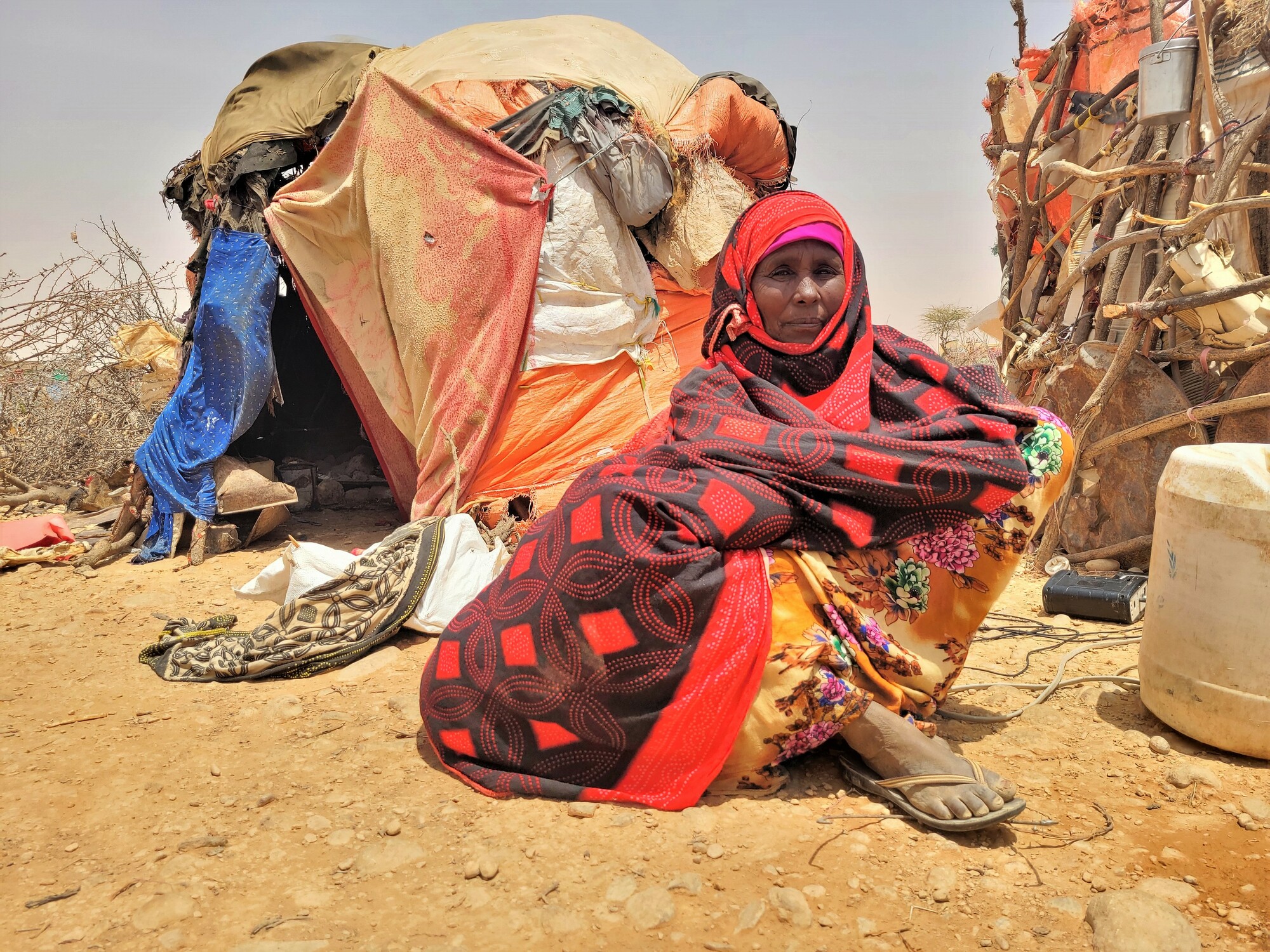 Due to the lack of water, lower crop yields and lack of income, more than 800,000 people have already had to flee within their home country Somalia, most of them women and children. Photo by Sarah Easter/CARE.

The world has solutions. But we need political will.

From CARE’s perspective, climate justice is about a future where the poorest and most marginalized people, particularly women and girls, have improved their wellbeing significantly and can enjoy their human rights due to increased resilience to climate change, increased equality, and a global temperature rise that is limited to 2.7°F (1.5°C).

The solutions we need are mostly already known. What is missing is not expertise, but resources and political will.

Governments must make COP27 a game-changer, taking decisive action in response to the near-apocalyptic and interlinked crises the world has experienced in 2022, with the most vulnerable bearing the brunt of suffering. Transparency, inclusivity and securing the human rights and freedom of speech of COP27 attendees, while engaging civil-society and climate activists, must be upheld by all participating governments and stakeholders.

Nothing less than the ability of millions of people to eat regular, nutritious meals is at stake in how the world chooses to respond to this crisis.

“Climate change is a growing threat to our food systems,” says Abyan Ahmed, CARE’s Global Humanitarian Nutrition Advisor. “Rising temperatures, changing rainfall patterns, and extreme weather events are already reducing agricultural yields and disrupting food supply chains. Climate change is not only impacting food availability through reduced yields, but also access to food. Women and girls remain the most affected by the impact of climate change. Women and girls also now must walk longer distances to fetch water and look for food — it is overdue to change that.

“If no urgent support is provided, the damage being caused by climate change in Somalia and the Horn of Africa is irreversible.” 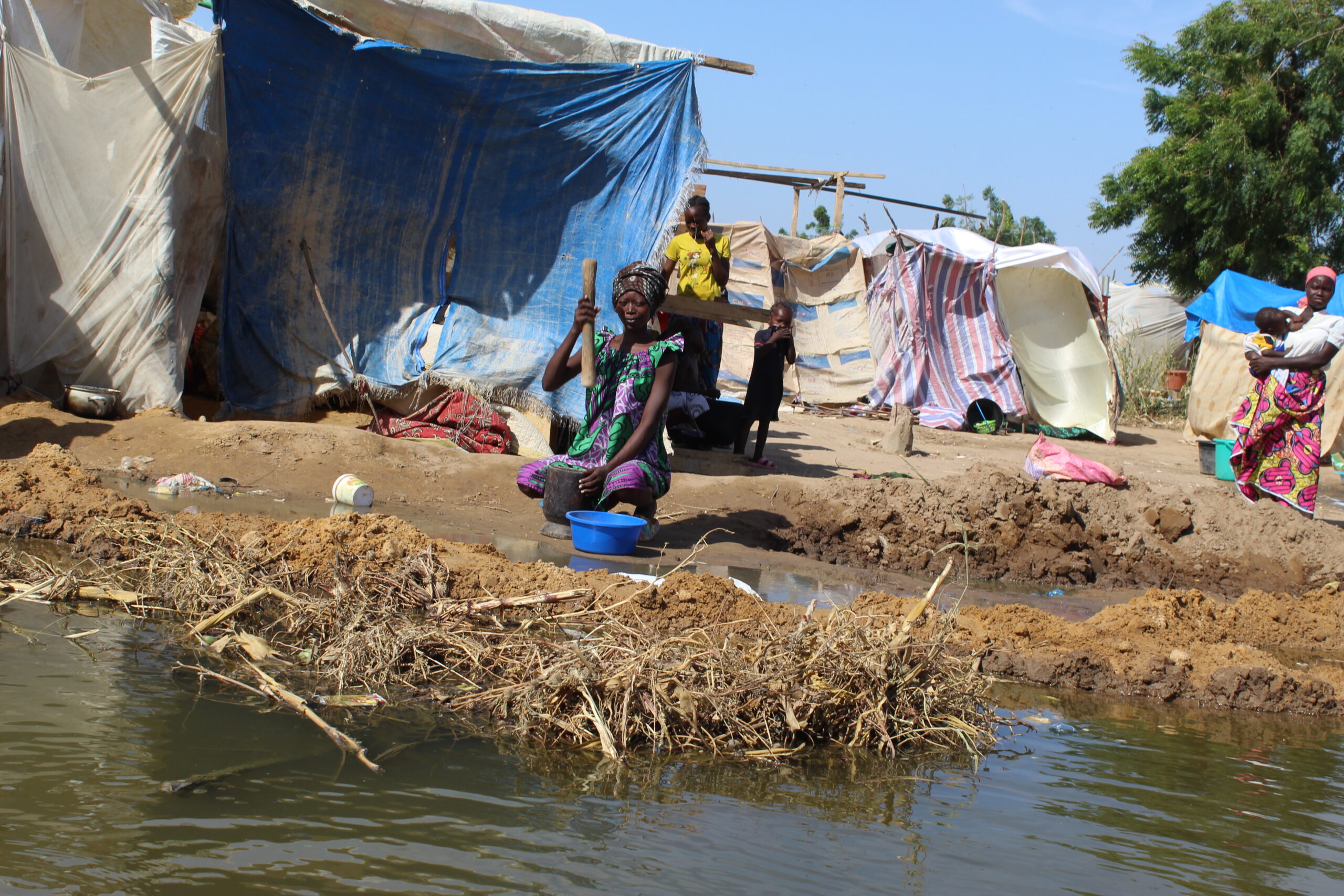 Climate-fueled flooding in Chad has forced people to flee their homes. Photo by CARE Chad.

It’s time for leaders to lead.

People around the world have urgent and pressing questions about the failure of governments, especially the most powerful ones, to tame the climate crisis, tackle growing inequality and poverty, and strengthen resilience to crises.

They rightly ask: How can adaptation still be neglected by decision makers, planners, and investors despite the obvious climate disruptions we witness? Why are sustainable, people-centered and gender equitable food systems and production approaches not being prioritized? How can growing income inequality and the “super-carbon” lifestyles of a few not be regulated, when at the same time hundreds of millions of people suffer from food insecurity, hunger, and water scarcity? Why is the protection, restoration, and sustainable management of ecosystems not prioritized despite their huge climatic and societal benefits? With the world experiencing increased record heatwaves and droughts, how can the exploitation and burning of fossil fuels be justified when cleaner, cheaper and more sustainable renewable energy sources are available?

These questions lead us to CARE’s demands for this important event:

1. We must meaningfully address loss and damage due to climate change.

Developed countries must stop opposing the establishment of a Loss and Damage Finance Facility, as demanded by vulnerable, developing countries since COP26, and take immediate steps toward exploring new and innovative sources to urgently mobilize loss and damage finance at scale. A global financing instrument for loss and damage is most urgently required to help countries devastated by climate impacts rebuild. Inaction on loss and damage will aggravate humanitarian needs as well as peace and stability in affected countries, with regional and global spillover effects.

2. We must adequately fund the response to climate change, and make up for lost time in the process.

Developed countries must compensate for the delay in delivering the prior $100B climate finance goal by laying out clear and measurable plans to provide agreed new and additional climate financing: $100B on average over the period 2020-2025 ($600B in total), with half going to adaptation. This is critical for supporting vulnerable countries in pursuing their action plans for the protection of people and the planet.

3. Climate adaptation planning must be gender-just.

Local climate adaptation plans must be inclusive (prioritizing the voices of women), must include strong provisions for protection – including gender-based violence protection –and must be actionable. COP27 should report progress toward a goal of increased adaptation by having these plans adopted now and implemented by national governments.

4. Climate action must be gender responsive.

Governments must act to secure the gender-responsiveness of climate finance, accelerate the integration and mainstreaming of gender in national/regional policies, and advance gender coherence across all rooms at COP27.

5. Efforts to mitigate rising temperatures must be both ambitious and gender equal.

Today, it is obvious that worldwide efforts to limit global average temperature rise to 2.7°F are insufficient. Governments must take more transformative action, moving away from exploiting, subsidizing, and disseminating harmful fossil fuels towards a just transition based on renewable energy. As this takes place, gender equality must remain at the center.


It’s time for a just transition

Climate justice is gender justice, but climate justice is also justice, period. While it poses the greatest threat to humankind, those most affected are the most vulnerable and marginalized, particularly communities in the Global South and people living in poverty. Yet those nations and peoples are often the ones contributing the least to climate change. It is now time for the world’s richest nations – which are also the biggest climate-change contributors– to step up and take meaningful action.