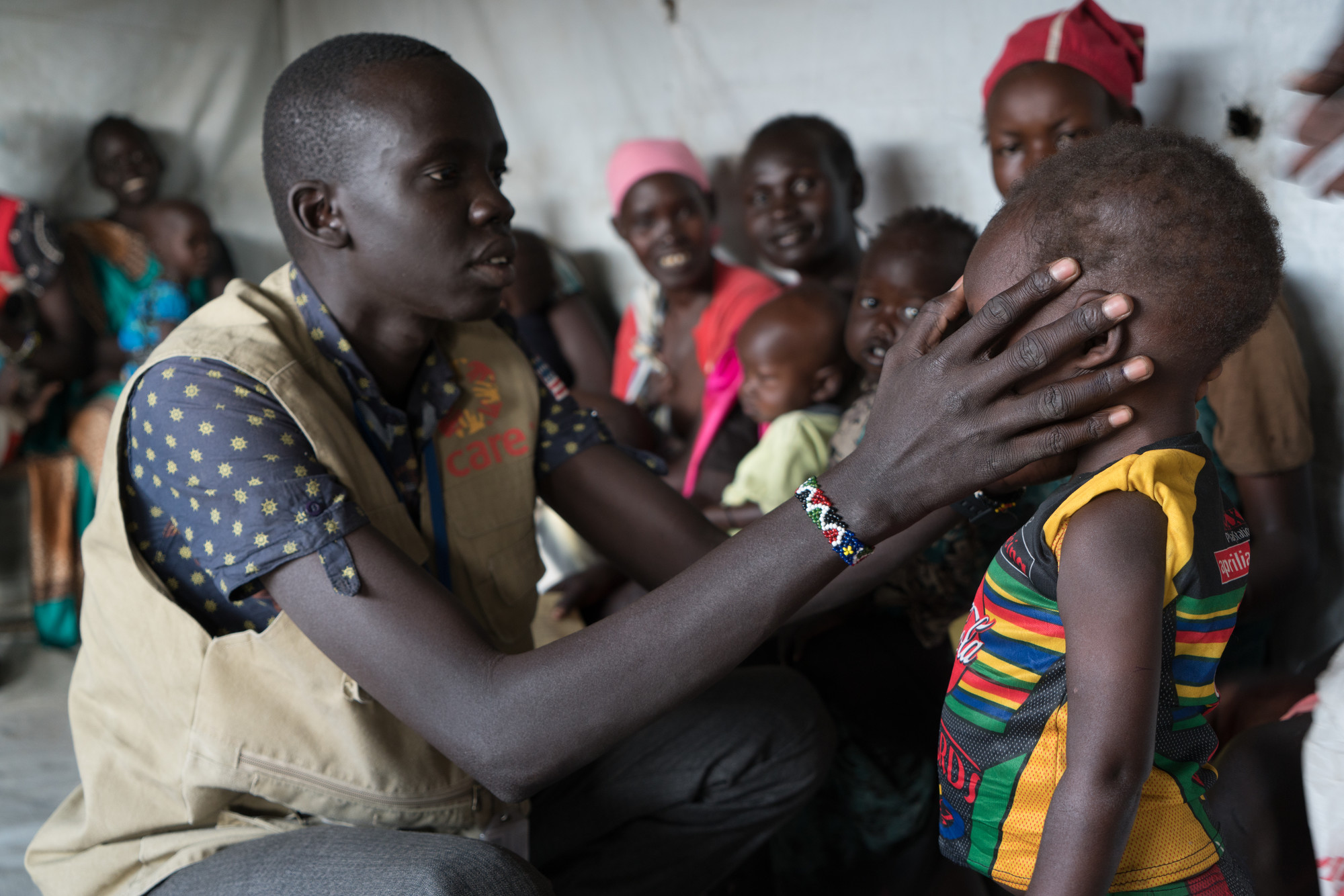 August 16, 2021 — South Sudan, alongside Afghanistan, tops the list as one of the deadliest places to be an aid worker according to an analysis done by CARE International on data from the Humanitarian Outcomes Aid Worker Security Database (AWSD). A devastating 78 aid workers have lost their lives since the beginning of this year, including 17 in South Sudan and Afghanistan respectively. The two countries account for 44% of all humanitarian deaths so far this year (although the majority of Afghanistan’s fatalities occurred in a single incident).

According to Rosalind Crowther, CARE South Sudan Country Director, “Ten years on from independence, South Sudan is facing its worst humanitarian crisis ever. At the same time, the safety and security of aid workers has seen a concerning deterioration. There was an alarming increase in aid workers attacked and killed, and aid supplies stolen in 2020, which has continued into 2021. A failure to ensure that humanitarians are protected will lead to unavoidable suspension or disruption of lifesaving operations in critically affected areas.”

After a two-year decline in fatal attacks against aid workers in South Sudan, killings increased sharply in 2020 and continue at a level not seen since 2016-2017. In 2021, this worrying trend is continuing. According to Humanitarian Outcomes, “most attacks occurred in Jonglei and Unity states, but have also been rising in areas outside of these original conflict hotspots, reflecting an expansion of lawlessness and growing desperation in parts of the population traumatised by years of civil war.”

On top of having the highest number of aid worker fatalities, South Sudan also recorded the most attacks against aid workers so far in 2021 and for the 2nd year in a row. Incidents in South Sudan account for 35% (40) out of the 115 recorded so far this year.

Amin David Asu, CARE South Sudan Area Manager in Koch says, “Working in South Sudan is so frightening. Since 2018 the situation has been very volatile, and we have seen a lot of cattle raids and revenge killings and this really traumatised all staff, making us fear for our safety and security.  This year, project supplies from the nutrition and women and girls’ friendly centres were also looted, which disrupted the smooth service delivery of humanitarian aid to those already in desperate need.”

This year’s World Humanitarian Day theme #TheHumanRace focuses on the impact of climate change on humanitarian crises. Both South Sudan and Afghanistan are countries facing complex emergencies that are being exacerbated by climate crises including flooding and droughts.

Sheri Lim, CARE International Lead Advisor on Resilience and Gender says; “We know that climate change is a threat multiplier and can lead to increased tension and conflict within communities and populations, as people are forced to compete over already scarce resources. It also leads to increased displacement and more pressure on the communities hosting the displaced. Countries already in situations of armed conflict are disproportionately affected by climate variability and extremes. Climate change adds extra burdens, tensions and stress onto already severely stressed populations, and further reduces their ability to cope.”