As Rains in Kenya Expected to Increase Over the Next Few Days, CARE Gears up to Respond With Assistance Targeted at Women and Girls - CARE

As Rains in Kenya Expected to Increase Over the Next Few Days, CARE Gears up to Respond With Assistance Targeted at Women and Girls 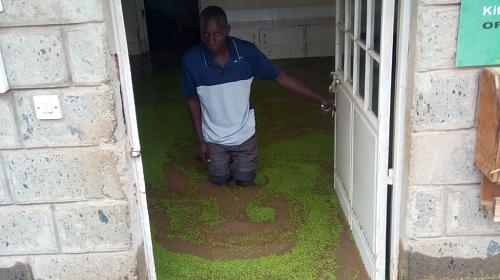 Nairobi (December 6, 2019) – As rains are expected to continue over the next few days and conditions likely to worsen, CARE plans to respond to the floods that have devastated much of Kenya. CARE plans to provide lifesaving assistance across Garissa County, with a focus on some of the most vulnerable, including refugees living in Dadaab refugee camp.

The floods have already been described as the worst in the country’s history, and they are only expected to intensify in the run up to Christmas. According to CARE Kenya Programme Director, Ummkalthum Dubow:

“People living in informal settlements, especially those who have built along river banks are already the worst affected, and this is likely to intensify. This kind of flooding can cause havoc on people’s access to clean water and latrine facilities. It also carries a high risk of waterborne diseases such as cholera.

On top of this, there are flash floods which sweep people, property and livelihoods away – often with little or no warning leaving people desolate and displaced. As the heavy rainfall continues, these flash floods will be more frequent and more devastating.”

CARE is planning, through support from the UN Refugee Agency (UNHCR), to distribute jerry cans for safe water storage and build and rehabilitate the households of some of those worst affected by the flooding in Dadaab refugee camp, Garissa.

“In a natural disaster such as these floods, women and girls are likely to be disproportionally affected, and women’s voices are often not heard when emergency aid is being planned and delivered,” said Dubow. “We will be tailoring our response planning to help address this inequality in the assistance we provide.”

“Many of the people affected by this flooding are also the same that were affected by the terrible droughts earlier this year that left over 3 million people in food insecurity,” Dubow added. “People have now experienced the full spectrum of weather extremities. Having had their livelihoods already destroyed once this year they now face new and difficult challenges. We have a duty to not only support them with immediate assistance but also work harder to tackle some of the root causes of this climate emergency.”