CARE Announces Letter-Writing, Social Media Campaign in Support of Refugees around the World 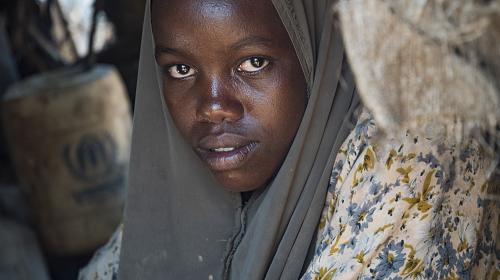 Eleven-year-old Safiyo sits in her home in Dadaab refugee camp, one of the largest refugee camps in the world.

ATLANTA (June 20, 2017) — To mark World Refugee Day, the global poverty-fighting organization CARE today announced its Letters of Hope campaign, which connects American youth with young refugees around the world and invites the public to share expressions of solidarity using #LettersOfHope. The campaign comes as the UN announces that the number of refugees worldwide has swelled to another record: 65.6 million.

Through the Letters of Hope campaign: fifth-graders in Boulder, Colo., exchanged letters with children in Kenya’s Dadaab refugee camp; Stanford University students wrote Syrian refugees in Jordan; middle school students in New York City sent letters to Afghan refugees in Greece and displaced families in Yemen; and fourth-graders outside Atlanta traded letters with South Sudanese refugees in Uganda. Now CARE is asking individuals of all ages to show their support for refugees by sharing their expressions of hope and solidarity through their favorite social media channels using #LettersOfHope.

“In providing lifesaving food, water and shelter around the world, CARE staff often see another tremendous need: Refugees want to know if the rest of world sees their struggle and cares about their fate,” said Michelle Nunn, CARE president and CEO. “Amid increasing anti-refugee rhetoric and fewer open doors for displaced people, a simple message of solidarity and hope can boost the spirits of people living in limbo — giving them real hope.”

In one exchange between grade-schoolers in Boulder and Dadaab, several students used personal drawings in their letters. From her Dadaab school, Safiyo drew a beautiful blue-and-pink flower and wrote: “One day we will meet and I will draw a flower on your hands and legs. This is the flower I will draw on you.” CARE converted her artwork into temporary tattoos that the kids in Boulder affixed to their arms and legs. Two weeks later, Safiyo smiled with pride as she flipped through photos of these children, from thousands of miles away, with her flower all over them. One of the Boulder students even responded with his own drawing — of a giant yellow sun — at the end of his letter. “Everyone sees the sun,” he wrote underneath. “The sun brings us all together.”

Letters of Hope stems from a similar CARE letter-writing initiative in 2016 called Special Delivery, in which original CARE Package recipients in America — themselves former child refugees after WWII — wrote to Syrian refugee children. Though separated by seven decades and thousands of miles, the connections between child refugees of yesterday and those of today inspired people around the world to send their own heartfelt messages.

When CARE launched its original Letters of Hope campaign last year, requests to write letters poured in from schools and children. “Now we’re channeling that energy to raise the world’s collective voice in support of refugees,” Nunn said. Learn more at care.org/lettersofhope.

Founded in 1945 with the creation of the CARE Package®, CARE is a leading humanitarian organization fighting global poverty. CARE places special focus on working alongside women and girls because, equipped with the proper resources, they have the power to lift whole families and entire communities out of poverty. That’s why women and girls are at the heart of CARE’s community-based efforts to improve education and health, create economic opportunity, respond to emergencies and confront hunger. Last year CARE worked in 94 countries and reached 80 million people around the world. Learn more at care.org.