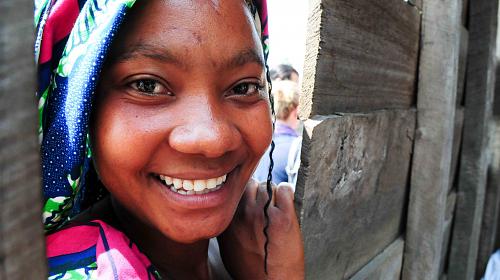 WASHINGTON (May 1, 2017) – CARE is deeply disappointed by the Trump Administration’s decision today to discontinue “Let Girls Learn,” a ground-breaking initiative designed to tackle the barriers that keep 62 million girls – half of them adolescents – out of school. CARE, which fights global poverty by empowering women and girls, calls on the administration to reconsider this misguided decision in the name of girls around the globe who are seeking a brighter future.

“We know when girls are educated, they tend to delay marriage and pregnancy, are less vulnerable to disease and poor health and can earn a steady income that contributes to the stability of their families and communities,” said David Ray, vice president of policy and advocacy at CARE. “This decision by the Trump Administration undermines the ability of millions of girls to receive an education and seek opportunities for a more prosperous future. By investing in women and girls, we promote a smart, strategic and effective approach that is not only the right thing to do, but also gives development dollars the most impact.”

The goals of “Let Girls Learn” included a holistic approach to addressing the challenges that girls face in accessing quality education, including violence, harassment, child marriage and early pregnancy, as well as overarching gender inequality. Dedicated resources and attention to these barriers gives millions of adolescent girls a genuine chance at realizing their full potential. “Let Girls Learn” harnessed the talent and expertise of a range of U.S. government agencies to develop programs and strategies to address these challenges so that girls across the world would have the support and tools to pursue their ambitions and help their families and communities rise above poverty. The initiative also mobilized private sector partnerships, multiplying the impact of federal dollars to reach more girls and raise awareness of girls’ educational needs here in the U.S.

Since March 2015, CARE has partnered with “Let Girls Learn” to make the goals of the initiative a reality for the communities we serve. We worked with the Peace Corps to develop a training program on gender equity and diversity for their volunteers and help facilitate their orientation. In June 2016, CARE announced it would reach three million adolescent girls by investing $15 million dollars in its successful “Udaan Second Chances” academic program as part of “Let Girls Learn.” The program provides an intensive, nine-month curriculum for girls who were unable to either start or finish primary school so that they could re-enter the formal education system and go onwards to succeed.

CARE calls on the Trump Administration to reconsider this harmful decision and its negative impact on the success and well-being of girls around the world. Gender equality and women’s empowerment is central to promoting America’s prosperity and security and must be considered hand-in-hand with our broader foreign policy goals.

ABOUT CARE:
Founded in 1945, CARE is a leading humanitarian organization fighting global poverty. CARE places special focus on working alongside poor girls and women because, equipped with the proper resources, they have the power to lift whole families and entire communities out of poverty. Last year, CARE worked in 94 countries and reached more than 80 million people around the world. To learn more, please visit www.care.org.

Portfolio Paper: The Right to Education

CARE's work to bring education to the most marginalized

CARE's approach to pioneering efforts in leadership development and programming

Schools themselves have increasingly come under attack in conflict settings.

Supporting Adolescents to Navigate Crucial Transitions from Childhood to Adulthood

Back to School: Reaching Out-of-School Children

Worldwide, a staggering 263 million children and youth are out of school according to UNESCO Institute of Statistics (UIS) data.

PTLA, a three-year public-private partnership built on a broad base of collaboration between CARE, USAID, civil society organizations (...

As we celebrate International Day of the Girl, we can’t help remind ourselves of our own childhood.