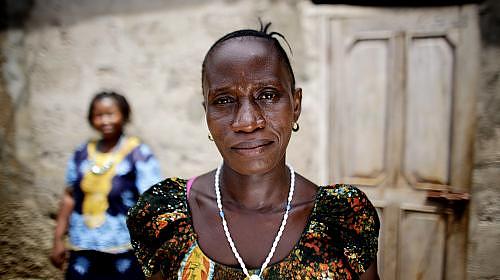 WASHINGTON (December 12, 2019) – The global poverty-fighting organization CARE is pleased to welcome the bipartisan Senate introduction of the International Violence Against Women Act (IVAWA)* (S.3037). This bill will ensure that tackling gender-based violence is a foundation of U.S. foreign policy. IVAWA was introduced in the Senate by Senators Jeanne Shaheen (D-NH), Susan Collins (R-ME), and Johnny Isakson (R-GA).

IVAWA makes ending gender-based violence a top diplomatic, development, and foreign assistance priority by ensuring the U.S. government has a strategy to efficiently and effectively coordinate existing cross-governmental efforts to prevent and respond to gender-based violence globally. The bill empowers the United States to work with other countries toward preventing violence against women and girls in development and humanitarian settings and responding to the effects of these practices on societies and economies. It holds governments accountable for acting to end rampant violence while supporting women and girls to lift their voices against it.

“CARE applauds the introduction of this important bill. It is critical that women and girls lead lives free from violence. This is a fundamental right and necessary to achieving social justice.” said David Ray, vice president of advocacy at CARE. “CARE urges Congress to swiftly consider and pass IVAWA to help women and girls, along with their communities and nations, end gender-based violence.”

The statistics on violence against women worldwide present a startling picture: Nearly a third of women will face physical, mental, or sexual abuse in their lifetimes, and approximately 1 in 5 women report experiencing sexual violence in humanitarian emergencies. Nearly 12 million girls are married before their 18th birthday – approximately 23 girls each minute.

About CARE:
Founded in 1945 with the creation of the CARE Package®, CARE is a leading humanitarian organization fighting global poverty. CARE places special focus on working alongside women and girls because, equipped with the proper resources, they have the power to lift whole families and entire communities out of poverty. That’s why women and girls are at the heart of CARE’s community-based efforts to confront hunger, ensure nutrition and food security for all, improve education and health, create economic opportunity and respond to emergencies. In 2018, CARE worked in 95 countries and reached more than 56 million people around the world.