CARE International Offices Damaged in an Air Strike in Gaza 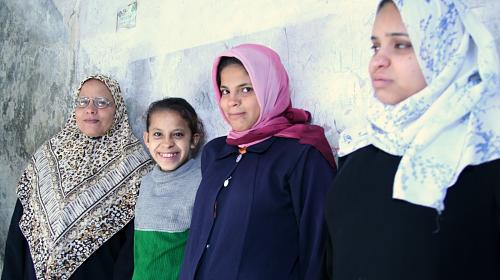 The offices of CARE-hosted Gaza NGO Safety Office (GANSO) have been seriously damaged in an Israeli airstrike on Gaza City during the early morning of November 19. The GANSO office was badly affected by the blasts following an air strike on a nearby police station. The office was empty at the time of the attack and no CARE staff were injured.

Since 2008 GANSO has been a vital element of NGO infrastructure in Gaza, continuously providing up-to-date security analysis to international and local agencies engaged in relief and development work. Information provided by GANSO contributes to NGO capacity to assess and manage risks in this highly volatile region and allows them to conduct their operations under difficult security conditions, including the latest upsurge of violence in and around Gaza.

The GANSO office is one of numerous civilian structures that have been damaged or destroyed since the latest escalation of violence in and around Gaza. The incident also highlights the vulnerability of the Gazan population, which is living in one of the most densely populated urban areas in the world.

CARE International reiterates its call to all parties to the conflict for an immediate end to hostilities and insists they abide by their obligations under International Humanitarian Law.

GANSO staff will continue providing quality and up to date information to all aid workers engaged in relief efforts in Gaza.

CARE is an international non-profit humanitarian organization that seeks to end poverty and help people realize their rights. CARE has been working in Israel, the West Bank and Gaza since 1948, concluding our programming in Israel in 1984 as the Israeli government improved its own capacity to address poverty. For the past several decades, we have been working in the Occupied Palestinian Territories, where we currently manage an annual budget of $11 million, which benefits half a million Palestinians in the West Bank, including East Jerusalem, and the Gaza Strip. CARE is currently assisting 80,000 most vulnerable residents of the Gaza Strip, whose security and livelihoods have been undermined by a 5-year long naval and land blockade, in meeting their basic food needs. The majority are women and girls who bear the brunt of conflict and poverty.