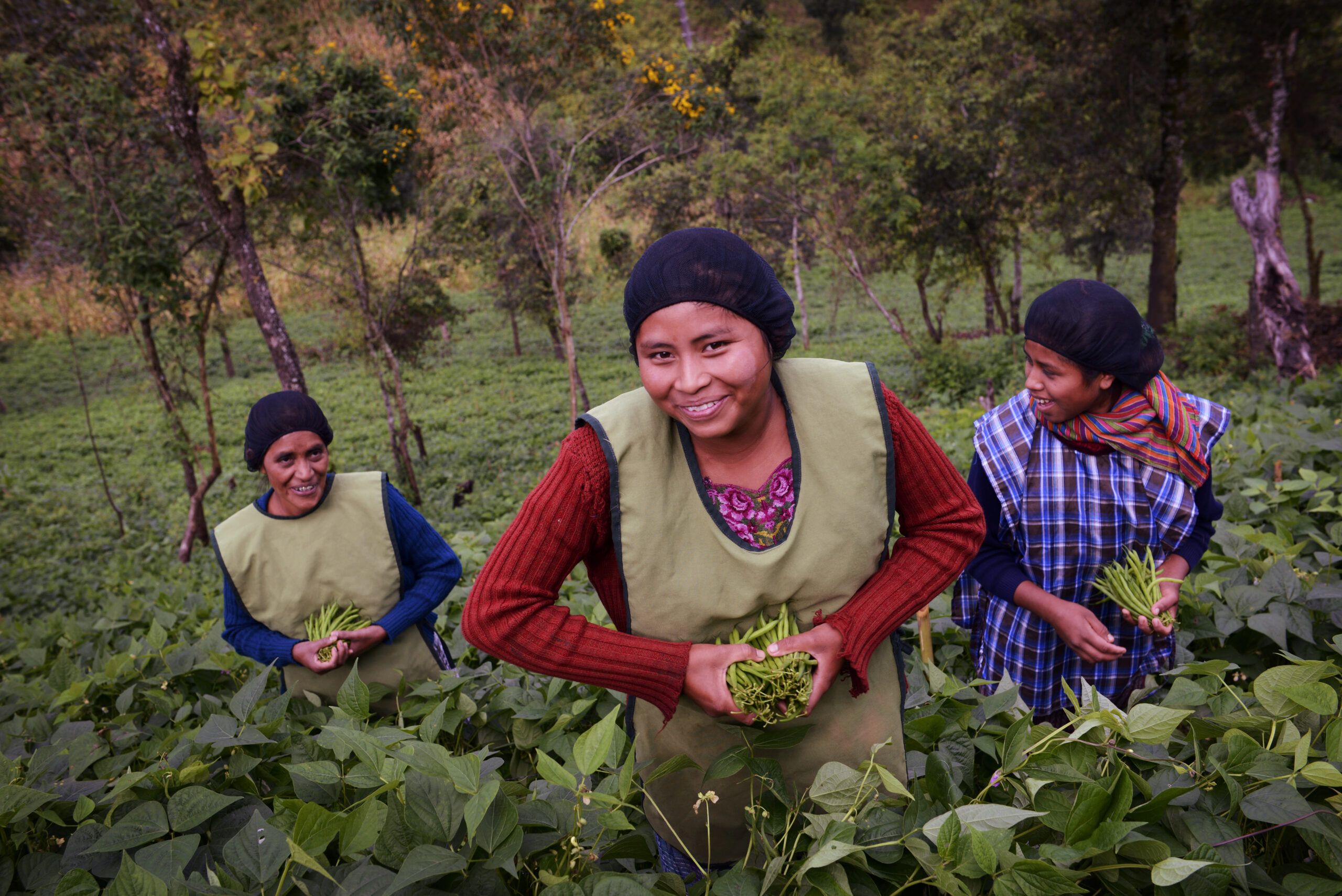 Rome, July 30, 2021 — CARE is leading the fight for equity in the global food system as the chair of the Advance Equitable Livelihoods Action Track of the United Nations Food Systems Summit. The Pre-Summit, which was held in Rome July 26-28, brought together leaders in nonprofits, governments, and the private sector, as well as farmers and indigenous people, to set the stage for the full UNFSS this fall in New York City.

The mixed virtual and in-person event took place at the Headquarters of the Food and Agriculture Organization in Rome to consolidate the efforts of the last two years of a robust process. Michelle Nunn, President and CEO of CARE, led a panel discussion for Advancing Equitable Livelihoods, emphasizing that for food systems to advance equitable livelihoods, we must tackle poverty from a multi-dimensional perspective.

Approximately 4.5 billion people depend on food systems for their livelihoods, including the majority of the most poor and marginalized people. Food systems transformation is unattainable unless all food systems workers earn a living income and wage, Nunn said, and currently 2/3 of adults living in poverty are food growers. “Those that produce food, ironically, are most often those who go without food and are malnourished,” Nunn said. “We’re calling for even greater ambition and leadership from the private and public sector, to raise the level of our collective ambition to 100% living wages and income.”

On the panel, Nunn spoke with Ramon Laguarta, Chairman and CEO of PepsiCo, about his company’s private sector leadership in tackling gender equity in food supply chains. They agreed that policies and actions advancing equitable livelihoods need to explicitly recognize and respond to the specific constraints faced by rural women and girls and advance gender justice. The speakers also highlighted the need to make food systems more inclusive through eliminating worker exploitation and ensuring decent work and a living income for everyone. “Food systems need to be transformed, as they include jobs that are generally precarious and at risk, and are not always inclusive of the poorest,” Nunn said. Nunn also noted that food systems do not guarantee access to healthy diets, and rather can promote obesity or malnutrition. Nearly 3 billion people — mostly in Asia and Africa — are unable to afford a healthy diet, and poor-quality diets are linked to 11 million deaths per year.

At the closing ceremony of the Advance Equitable Livelihoods Action Track, CARE helped launch a Coalition of Action on Living Wages and Incomes to drive forward a shared and bold ambition to eradicate poverty in food systems. Antigua & Barbuda and Indonesia played key roles in leading work on the coalition. CARE urges other governments to join and help shape this critical action agenda in order to secure living incomes and wages for 100% of food system workers by 2030.

As the United Nations prepares for the September Food Systems Summit, CARE looks forward to continuing to explore the innovative set of inclusive, varied and gender-responsive solutions developed in Rome.