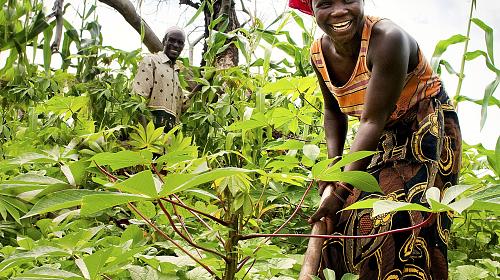 In 2007, CARE, one of the largest poverty-fighting organizations in the world, gave up $45 million when the group stopped the inefficient practice of open market monetization.

The Administration’s reforms would enable the U.S. to feed about two to four million more people without costing taxpayers a single additional dollar. In a time of fiscal austerity, reforms could create efficiencies that save hundreds of millions of dollars.

Currently, for every dollar that is spent on feeding the hungry, only 47 cents reaches a person in need. Over half of food aid funds cover transportation costs. CARE has found that the process of monetization also impedes efforts to support country-ownership, local production self-sufficiency and long-term sustainable development.

CARE is in a unique position after being one of the major charities to give up the practice of open market monetization in 2007. CARE believes the action is ultimately of greater benefit to the poor and marginalized populations around the world.

“This outdated approach means that small farmers in some of the world’s poorest regions must compete with imported U.S. grain, cutting the legs out from under the very people who hold the long-term solution to hunger and economic growth,” said Helene D. Gayle, President and CEO of CARE. “Imagine what can happen if, rather than undermine these important partners, we make U.S. food aid more flexible and build their capacity to feed the world’s hungry people and earn a living.”

By allowing greater flexibility in the food aid reforms, CARE can build systems so countries are better equipped to provide for their people. A reformed system will also encourage purchase of food from local smallholder farmers, most of whom are women.

The United States is the only country to continue to use domestically produced food for its international food aid and development efforts.  The European Union and Canada have long since ended this practice.

CARE welcomes the long-overdue reforms to provide greater flexibility to the program. CARE looks forward to working with Congress and partners to ensure this proposal becomes law.

CARE has experts available to talk to media about the food aid reforms.

Find out more about CARE’s 2007 decision to stop participating in the practice of monetization, or the selling of U.S. government food to fund food aid and other anti-poverty programs.

Finding Local Solutions for Food Insecurity in Guatemala and Honduras

Findings from CARE’s Learning Tour to Guatemala and Honduras - April 21-25, 2014

Food and Nutrition Security for All

A 2014 issue brief addressing the need for food and nutrition security for all. Hunger is a complex problem and calls for a comprehensive approach that addresses all aspects of hunger and malnutrition, from emergency to long-term food and nutrition needs.

Issue Brief: Food for All

A proposal to shift food aid reform. Since its creation, U.S.-funded food assistance has helped feed more than one billion people in over 150 countries. But the system for providing this assistance is inflexible and does not meet today's need. President Obama's proposal would shift food aid funding from the Department of Agriculture to USAID, and end the efficient practice of monetization -- funding non-emergency development projects directly.