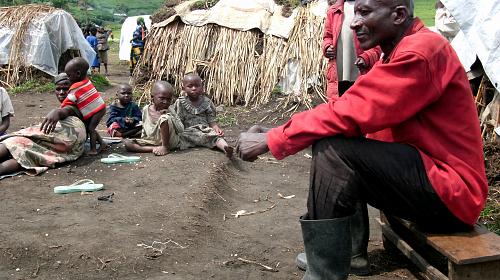 GOMA, Congo, The Dem. Rep. of (December 12, 2012) – In light of the recent escalation of violence between the Congolese army and armed groups in the Goma area of Democratic Republic of the Congo, CARE today expressed deep concern about the protection of displaced people. Particularly vulnerable are the women and girls in the camps that sprung up around the provincial capital.

“Many women and young girls told us that they do not feel safe in the camp. The number of patients in a nearby health center that were treated for injuries related to sexual violence has doubled from October to November,” says Yawo Douvon, CARE’s country director for the Democratic Republic of the Congo. “The UN’s peacekeeping mission MONUSCO and the Congolese government need to ensure that the sites in and around Goma obtain effective protection and safety.”

Many people interviewed by CARE also reported attacks from armed groups. Women and girls are particularly vulnerable when venturing outside the camps looking for firewood and food. The goal should be to help these families return to their home communities safely, reiterates Douvon. “But this won’t happen in the next days or weeks. So while these families choose to stay in camps or school buildings out of fear of returning home, they need to be protected from harm.”

CARE has undertaken a joint assessment with a partner organization in Lac Vert, a spontaneous settlement 15 kilometers west of Goma. The first families settled here in April when fights escalated between the rival parties. Now, after the most recent surge of violent confrontations, the Lac Vert camp has doubled in size, now housing around 20,440 people. Most women being interviewed expressed their wish to gain a little money while living in the temporary camps.

“Yes, these women are survivors. But they are also entrepreneurs, and they want to get back on their feet as quickly as possible,” says CARE’s Douvon. “It is important for humanitarian agencies to acknowledge this need.”

The women’s suggestions ranged from producing soap – that also can help maintain a basic level of hygiene in the crowded camps – to obtaining chickens to sell their eggs as well as other small economic activities. CARE will support women’s groups with cash in order to rebuild their lives, and has started training community educators and psychosocial workers to identify and support survivors of sexual violence.