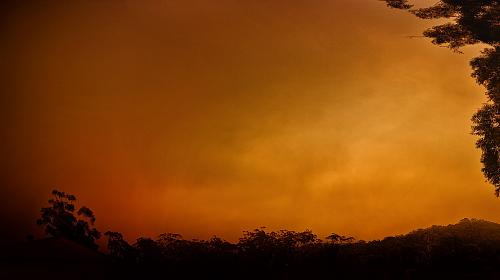 CANBERRA (January 9, 2020) – A new reality is taking place for Australians as catastrophic bushfires upend the lives of millions. Projections from climate scientists are now becoming the harsh reality and should serve as a wake-up call to other countries around the world to take action.

Up to now, the climate crisis has been felt primarily by the most vulnerable, predominantly living in the Global South, while richer countries have largely turned a blind eye and continued fueling the crisis. The impacts are now hitting the Global North, and the bushfires in Australia are just a glimpse of the future that the entire world will face if climate inaction continues. International aid agency CARE calls on governments around the world to take more seriously their international responsibilities and increase efforts to fight the global climate crisis.

“What starts as a decade on fire must become the decade of decisive and rapid climate action. Anything less than halving global CO2 emissions by 2030 may lead to a runaway climate crisis. The suffering of the Australian people and environment is a stark reminder for all signatories to the Paris Agreement on Climate Change that achieving its goals is a matter of survival and justice,” says Sven Harmeling, CARE’s Global Policy Lead on Climate Change and Resilience.

The awful bushfires currently ravaging Australia are just one sign of the worsening climate crisis on a global level. It is irrefutable that the concurrence and intensity of Australia’s bushfires are exacerbated by human-caused climate change. But the global response needs to go beyond addressing these bushfires and must address the underlying causes.

“Our country is in flames. Drought and increased temperatures have contributed to catastrophic bushfire conditions. The scientific evidence is indisputable – there is a link between the tragedy we are now experiencing and climate change. If a country like Australia can experience this scale of disaster, what risks are faced in countries with less capacity to respond and recover? We must take collective responsibility and action,” says Louise Gray, Interim Chief Executive and Chief Operating Officer, CARE Australia.

The good news is that there are some real and tangible actions that countries, including Australia, can take right now to help mitigate this unprecedented climate emergency.

As Harmeling notes, “It is vital that countries stop escalating the climate crisis by immediately shifting away from fossil fuels to renewable energies, while also better preparing for unavoidable climate impacts. If we do not see countries, like Australia, make a significant reduction in greenhouse gas emissions, the devastating impacts of climate change will further ravage the planet, and not even the richest countries will be immune.”

Founded in 1945, CARE is a leading humanitarian organization fighting global poverty and providing lifesaving assistance in emergencies. CARE has more than seven decades of experience helping people prepare for disasters, providing lifesaving assistance when a crisis hits, and helping communities recover after the emergency has passed. CARE places special focus on women and girls who are often disproportionately affected by disasters. To learn more about CARE’s work, visit www.care.org