Humanitarian Organizations in Yemen Outraged by Attacks on Civilians - CARE

Humanitarian Organizations in Yemen Aggrieved and Outraged by Attacks on Civilians 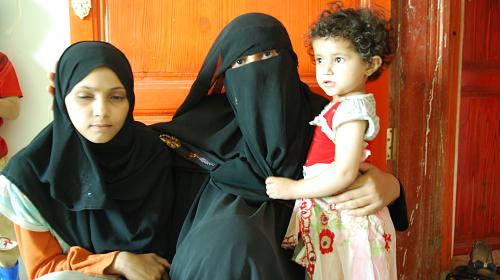 Following more indefensible attacks on civilians and civilian infrastructure this week, international nongovernmental organizations in Yemen strongly condemn an upsurge in violence across the country.

April 25, 2018 — Following more indefensible attacks on civilians and civilian infrastructure this week, international nongovernmental organizations in Yemen strongly condemn an upsurge in violence across the country that is having a gross and disproportionate impact on civilian safety, infrastructure and humanitarian space.

We are aggrieved and outraged by reports of Saudi-led Coalition airstrikes on a wedding in Yemen’s Hajjah governorate on Monday morning that killed at least 22 people and injured more than 60 others, including children. That attack was followed by a strike on a petrol station that killed at least 18. This follows distressing reports of at least 15 civilians killed by an airstrike on a house in Ibb earlier this month.

Airstrikes in Sa’ada have hit close to INGO premises, and sustained strikes in Hodeida this month have forced hundreds of families to flee. In Taizz, ongoing shelling and ground clashes have reportedly now forced tens of thousands of people from their homes since the beginning of the year. Frontlines near Ibb have pushed more people from their homes, and several missiles fired into the Kingdom of Saudi Arabia by Ansar Allah forces are reported to have targeted civilian infrastructure and hit private civilian property.

These incidents are indicative of worrying trends in a war that has deep consequences for civilian populations. Attacks on civilians and civilian infrastructure are unacceptable. We are alarmed by the apparent disregard of all parties to the conflict for the safety of women, men and children whose civilian status affords them protection from acts of war. Sustained violence, economic decline, the erosion of services and impediments to the delivery of humanitarian aid are driving a staggering scale of humanitarian need across the country.

We appeal to all parties to this conflict and those with influence over them to respect the laws of war and take immediate steps to ensure the protection of civilians. We urge them to cease attacks on civilians and civilian infrastructure, and to facilitate the delivery of humanitarian aid to people who need it to survive.

Finally, we call on the Group of Eminent Experts on Yemen to investigate and report on all recent violations. Yemen needs a political solution, not a military one, and parties to this conflict must take responsibility for finding a way to end this war.