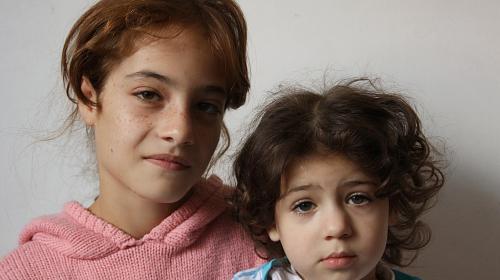 Record influx of refugees in January, two years after the conflict started needs are increasing

JORDAN (February 8, 2013) – After a record influx of Syrian refugees into Jordan during January, the global humanitarian organization CARE is urging more support to those refugees seeking shelter in urban centers.

“Several days in January saw up to 4,000 Syrians crossing into Jordan. While many transfer to temporary camps, many more head to the poorer suburbs of Amman, Mafraq or other towns where they have relatives or friends. Often, they spend all their assets on rent and household items. Without any income and hopes to go home any time soon, they are trapped in a twilight zone of poverty, traumatic memories and fear for their future,” says Kevin Fitzcharles, CARE Jordan’s country director.

“It’s important [to consider] the needs of refugees who are not living in camps but are on their own in Jordanian cities and towns,” urges Fitzcharles. “They need money to pay for their living costs, including fuel and items to protect them from the winter cold, and many require psychosocial assistance to deal with the terrible violence they have seen or experienced.”

“In some urban areas, we observed an increase in rent, which means that poor Jordanian families might not be able to afford apartments anymore,” says Fitzcharles. Municipalities in host communities are stretched beyond their capacity to provide necessary social services to Syrians and Jordanians alike. “It is therefore extremely important to help Syrians build support within their host communities and instill a sense of integration to avoid potential tension and break the isolation of refugees.”

CARE has reached more than 20,000 impoverished Syrians almost 4,000 families with cash assistance to pay for basic living costs, such as rent, food and winter clothes. More than 2,200 heaters have been distributed to help people stay warm in the freezing winter. At the end of last year, CARE opened a refugee center in East Amman for Syrians to receive assistance and receive detailed information on how and where to access health and other social services. In the center, CARE volunteers who are refugees themselves, assist organizing and preparing the distributions. At the same time, CARE and local partners assist Jordanian host communities with emergency supplies such as food, blankets, bed sheets and winter clothes.