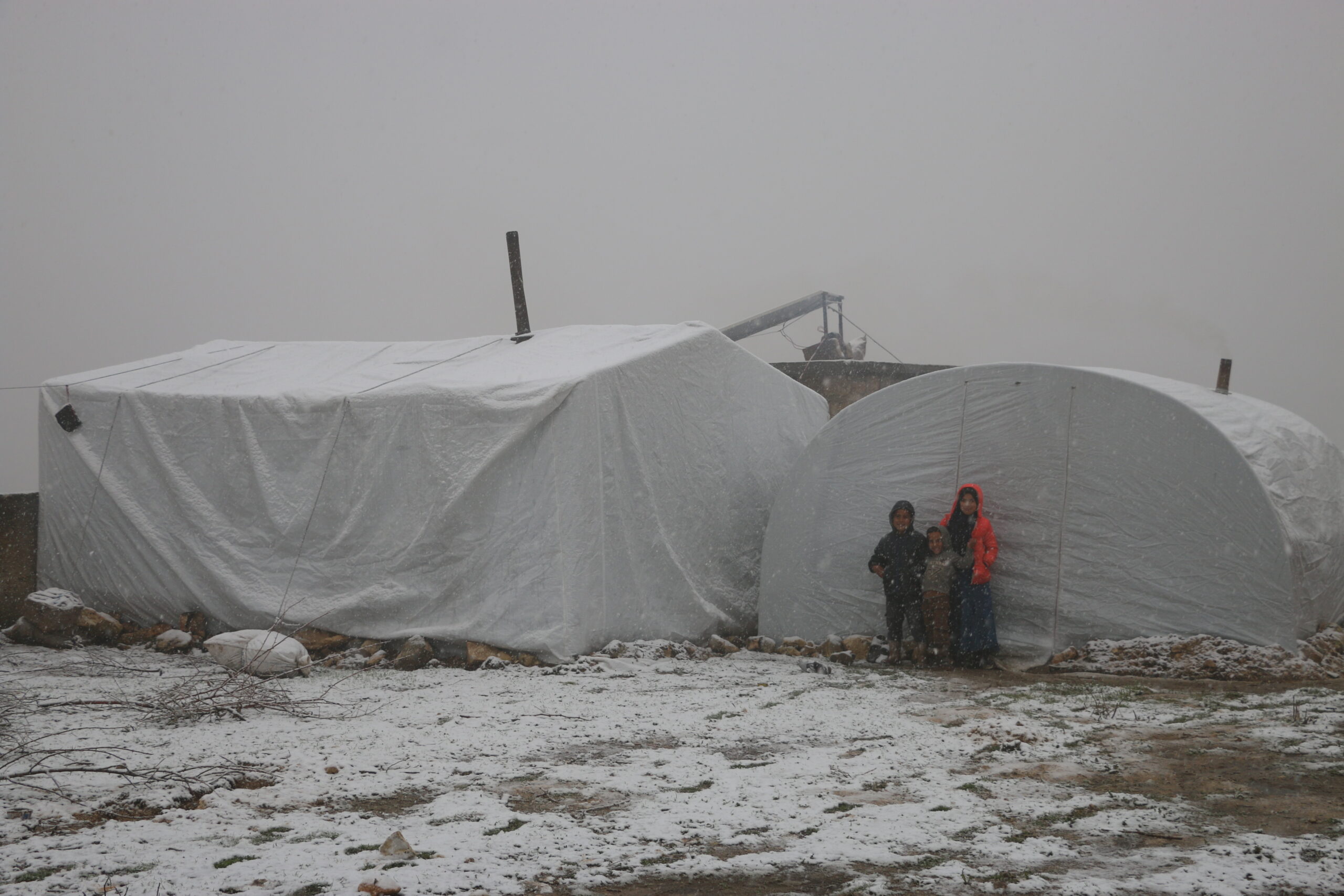 Syrians, fleeing over a decade of war in their homeland, have found their situation exacerbated following the onslaught of heavy winter storms. In Jordan, Lebanon, and Syria, temperatures are expected to drop lower than they have in 40 years, reaching -14 degrees and lower. Strong winds reaching up to 80km/h, coupled with heavy hail and snow in mountainous areas are endangering the lives of millions of people living in already precarious circumstances.

“This is yet another blow to people whose lives are already beyond unbearable. People can see their own breath when lying on their thin mattresses; you will see children walk around in flip-flops and ripped shirts. Families are afraid that they will freeze to death,” says Jolien Veldwijk, CARE Syria Country Director.

In Syria, over 6.7 million people have been internally displaced, while another 6.8 live as refugees in neighboring countries such as Jordan, Lebanon and Turkey. Most displaced people found shelter in tents, unfinished buildings, and sheds, leaving them particularly vulnerable to harsh winter conditions. “With extremely low temperatures in Jordan at the moment and the long-term impact of the COVID-19 pandemic, winter assistance is more crucial than ever to help the most vulnerable refugees keep a roof over their heads and their families safe from the cold,” comments Ammar Abu Zayyad, CARE Jordan Country Director.

In Lebanon, refugees live across hundreds of informal settlements, lacking adequate protection. “People don’t have jobs or incomes, no access to jobs. They are already suffering consequences of an unprecedented economic crisis in Lebanon and have no means to protect themselves against the expected snowstorms,” says Bujar Hoxha, CARE Lebanon Country Director.

“CARE is particularly concerned about the situation of displaced people inside Syria, especially women and children. Deteriorating shelter conditions, limited fuel supply, and the use of hazardous materials to stay warm, are giving rise to grave health and environmental impacts. During the cold winter, mothers are usually the last ones to eat, and children are usually the first ones to freeze,” says Sherine Ibrahim, CARE Turkey’s Country Director.

CARE’s teams across the region have been able to help many with winterization support, including more than 86,000 people in Syria and 4,000 people in Jordan. Across Syria and the region, CARE is supporting displaced people with insulating their tents, strengthening makeshift shelters, and distributing warm clothing, blankets, and cash. Cash is particularly important for people living in informal tent settlements to afford fuel for heating, as they are most affected by the cold.

“This crisis response remains severely underfunded. This year, we’ve only received a fraction of the funding needed to prepare people for the winter and protect them against the cold. Only 46% of the funding needed to support Syrians is currently available. The conflict in Syria has been ongoing for almost eleven years, and we are afraid donors are growing tired of funding humanitarian assistance. Unfortunately, the needs have only increased over the past years, and right now we can see people fearing to freeze to death because desperately needed funding is unavailable”, says Jolien Veldwijk.

While snowfall and sub-zero temperatures are not unusual in the Middle East, climate change has caused increased flooding and rainfall. “Flash floods are simply washing away the tents and the few belongings people were able to take when their houses were bombed. The winters are getting harsher and deadlier, while families are less and less able to cope with freezing temperatures,” says Veldwijik.