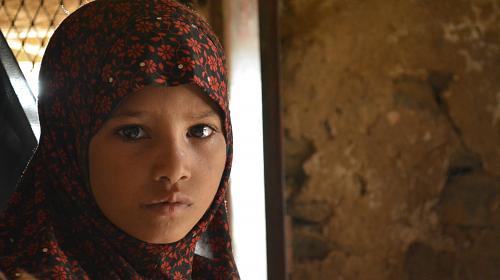 SANAA (September 22, 2019) – Humanitarian Crisis in Free Fall: After almost five years of conflict, and despite all efforts to halt displacement, hunger and disease, Yemen remains the worst humanitarian crisis in the world. The suffering inflicted on Yemeni people is entirely manmade and will continue to deteriorate rapidly on all fronts without urgent action to end the violence, and to address humanitarian needs. Unfortunately, despite the Stockholm agreement, the situation for ordinary Yemenis has altered little since last year, with growing numbers of humanitarian need [1], and escalating violence all highlighting the deteriorating situation.

Increased fighting risks pushing the country into utter devastation: Conflict continues on many fronts particularly in Al Dhale, Taizz, Hodeidah, Hajjah, and Aden. Increased conflict and political stalemate in Hodeidah, as well as the recent flare in fighting and escalation of conflict in Aden, both of which are major port cities, jeopardizes the safety of civilians and threatens channels for critical fuel, food and medical supplies to the rest of the country. It is crucial that these remain open and fully functional. Millions of Yemeni women, men and children are dependent on these lifelines for their survival.

Civilians continue to bear the brunt: Civilians and civilian infrastructure including hospitals, schools, water facilities, food, transport, farms and market places, continue to be hit by all parties with impunity, along with the potential use of starvation as a tactic of war continuing to exacerbate an already dire humanitarian situation as reported by the UN Group of Eminent Experts on Yemen, as well as in the UN Secretary General’s Annual Report on the Situation of Children and Armed Conflict.

A lost generation of Yemeni children: The two million children and young people who remain out of school are being deprived of an education, exposing them to violence and exploitation. Millions of displaced children cannot access education, and ongoing attacks on schools or their use and occupation by armed groups mean children’s safety at school cannot be guaranteed. In 2018 alone, there were 44 verified attacks on schools and 32 instances of military uses of schools[2], highlighting the extent of the issue.

Populations on the brink of starvation: Approximately 17 million people, over 60 percent of the population, are food insecure. Although increased humanitarian food assistance has lessened the severity of the impact over the past year, without this vital assistance, many areas of the country would likely be facing higher levels of food insecurity[3]. The gains in preventing starvation are undermined by fighting and continued bureaucratic impediments, delays and denial of access by conflict parties, and donors failing to meet their funding pledges. The impact of food insecurity is especially dire for children, as an estimated 2 million children are acutely malnourished, including 360,000 who suffer from severe acute malnourishment[4]. There are also over one million acutely malnourished pregnant and breastfeeding women[5]. Yemen’s conflict remains the main driver of food insecurity, along with high levels of unemployment coupled with extremely high food prices and a currency crisis.

A struggling economy continues to falter: A crippled economy continues to weaken, with the Yemeni Riyal depreciating in recent weeks to the lowest levels since 2018. Deteriorating public services and failure to pay civil servants further constrains peoples’ ability to purchase food and medicine, with many having to make agonizing choices between the two, and many others left with too little to access either. Protracted conflict and eroding safety nets have left millions of Yemenis without access to livelihoods or the ability to deal with economic shocks; this is particularly concerning for female-headed households, which are more vulnerable in conflict[6].

Barriers to access continue: Imports of commercial goods, food and fuel continue to fluctuate due to restrictions on imports. The closure of land, sea and air trade routes has led to severely reduced supplies of vital commodities and resulted in high prices for these goods. In addition to uncertainty about the accessibility of Yemen’s seaports – particularly Hodeidah and Aden – Sana’a’s airport has been closed to commercial flights since August 2016 and containerized cargo through Hodeidah continues to be impeded. Aden’s airport has recently been temporarily closed multiple times due to resurgences in fighting, further restricting the mobility of the Yemeni population. The majority of Yemeni people are trapped in a conflict without the freedom to escape, particularly the sick who are unable to leave the country for medical treatment.

In addition, 5.1 million people in need live in areas where it is difficult for them to access aid[7]. The UN estimates that 6.5 million people are affected by delays in project implementation resulting from bureaucratic impediments imposed by authorities.[8] Escalation in fighting has exacerbated these challenges, with hundreds of thousands displaced over the past five years of conflict. In 2019 alone, it is estimated at least 350,000 have been displaced[9], with families and communities scattered by the conflict.

We call on the international community to apply concerted pressure to all parties to the conflict to:

Only a political solution can bring the war to an end and reinstate peace in Yemen and support lasting solutions to the dire humanitarian situation. All parties must immediately cease hostilities, agree to a nationwide ceasefire, and cooperate in ‘good faith’ with UN Special Envoy Martin Griffith’s, and help restart a broader peace process.