How One Syrian Refugee is Empowering Women - CARE

How One Syrian Refugee is Empowering Women in Her Community 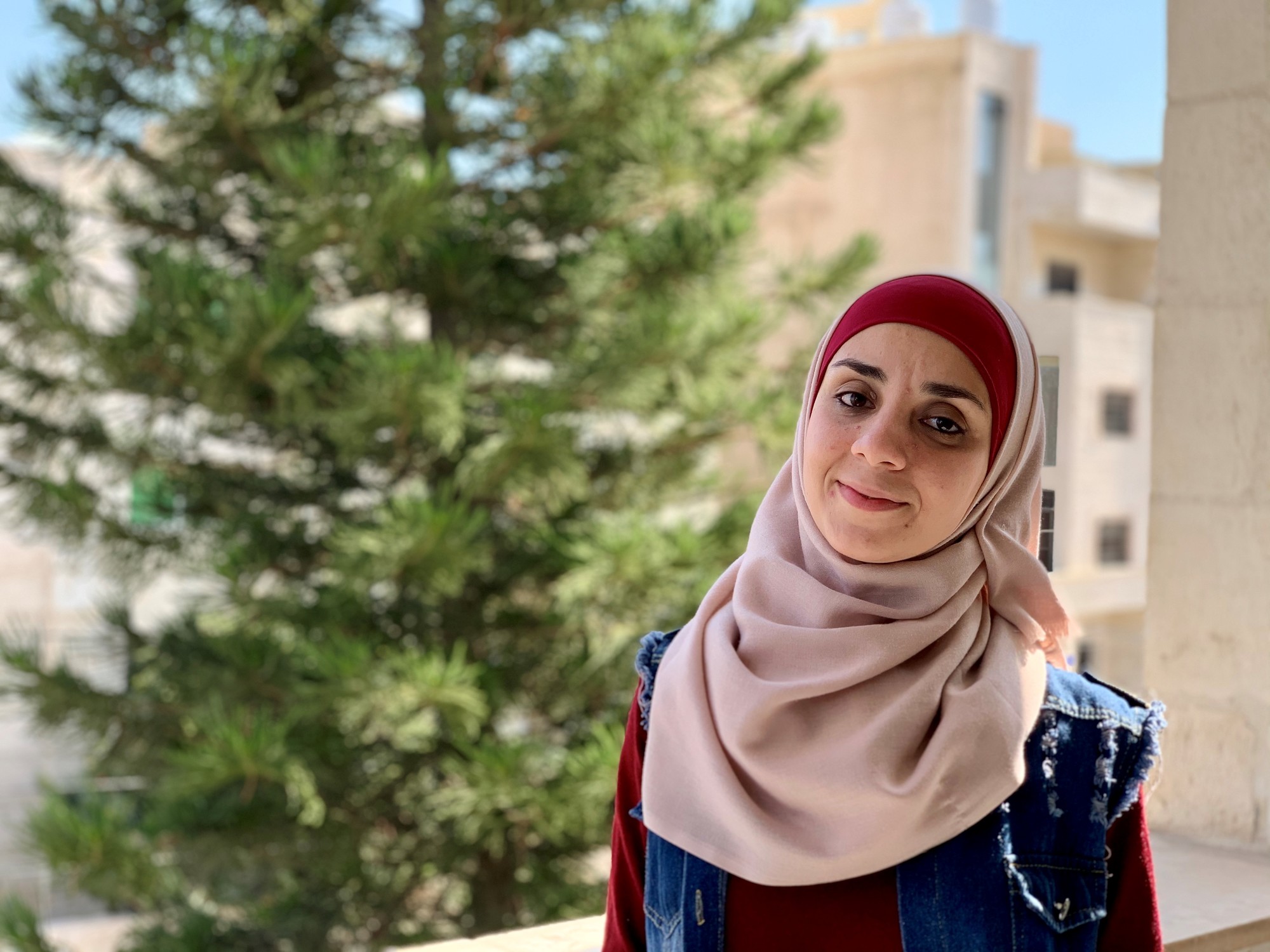 Six years ago, we left Homs, Syria and came to Jordan with my parents and sisters. I was 20 years old and we did not know anyone here back them. We had very little interaction with Jordanians.

We moved from one governorate to the other – from Amman to Maan, then back to Amman, trying to find better circumstances. I wanted to continue my education, I used to study engineering back in Syria, but we could not afford it. Universities in Jordan are not free like they are in Syria. Everything here is so expensive, so even my younger siblings initially stayed at home for two years because my family could not pay for their education.

Back in Syria, my father was the primary provider, but when we arrived in Jordan, he worked any job he could get. One day while working on a construction site, he was injured and could no longer provide for us. We kept hearing acquaintances and extended family members saying things like, “If only there was a man, a son, things would be easier for you and your family.”

I was 19 at the time and started looking for a job to help out. Even though my parents were against it – they were afraid for my safety in a new environment – I managed to convince them that I was capable of taking on the responsibility. I found a job in Ain Al-Basha tutoring students in English and math.

For four years, I worked hard and took every opportunity to enroll in courses, attend workshops in women’s empowerment and network with other people. My parents saw my determination and perseverance and became supportive of my ambitions, and of women’s participation in the workforce in general. I finally received a scholarship from the British Council to study journalism. I am proud to say that I just graduated with a bachelor’s degree in journalism.

Syria will be rebuilt, but people need to be rebuilt first.

My involvement with CARE’s Women Leadership Council (WLC) felt like a life’s calling, especially because I have younger sisters. As a WLC member, I attended many workshops and activities on gender, human rights, designing social initiatives and working within my community by facilitating workshops to other community members. The workshops raise awareness and attempt to break the existing social and gender norms. The women with whom I have worked were so excited about the impact the new knowledge had had on their personal lives and development, they requested to involve men from the community. We were able to overcome some of the challenges in getting the men on board and started conducting workshops to include them as well. Men now actively participate in discussions, and their attitudes about working women are shifting. Initially, women were not allowed to attend WLCs, but now, men encourage them.

These days, due to war and displacement, every Syrian household has a working woman. The need to secure a better livelihood has prompted women to engage in the workforce. As a result, their family roles started to shift. Women feel the need to show they are capable; otherwise they would not have an income.

I used to feel like there were so many differences between the Syrian and Jordanian communities. My Syrian dialect highlighted my otherness and it was upsetting when people pointed it out. Then, I started seeing it as a compliment, or as an attempt to approach and accept Syrians. I now have Syrian and Jordanian friends, and they are both part of my daily life. I can see that our cultures are more similar than dissimilar and that almost makes me feel at home. I am not sure if the increased social bond between Syrian and Jordanian community members came directly as the result of our community initiatives or due to time, but you can clearly see changes within communities.

On a personal level, I am very proud of my new academic achievement. It was a difficult journey, but I worked hard, teaching myself, while working two jobs, and it was an incredibly enriching experience. I am also very proud of my freedom, especially my freedom of movement, which enables me to conduct my daily activities, work with communities, particularly women and girls, affecting changes in their lives. Now, all the girls in my extended family tell me, “I want be just like you.” My own sisters have become inspired by me and want to be more in charge of their own lives and involved with other community members.

When I think of the future, I aim to continue pursuing my education. I would like to get my master’s degree in sustainable development. The idea was inspired by my work and experience with WLC. Working with CARE as a volunteer and a WLC member is very satisfying and it has had a huge impact on my life. I would like to take all the skills and knowledge I have acquired as a WLC member here to the women in Syria. While so important in Jordan, these skills and interventions are truly needed there. Syria will be rebuilt, but people need to be rebuilt first.

Finally, I have come to understand that not all bad things that happen to us are bad. The war in Syria was a really bad thing, however, it has given me an opportunity to adapt and change and to become more resilient. Life challenges will always be there, but we must find ways to deal with them. I come from a conservative family, but now, they are convinced, just as I am, that nothing is impossible for me.