This Aspiring Filmmaker Highlights the Bonds in Her Refugee Community 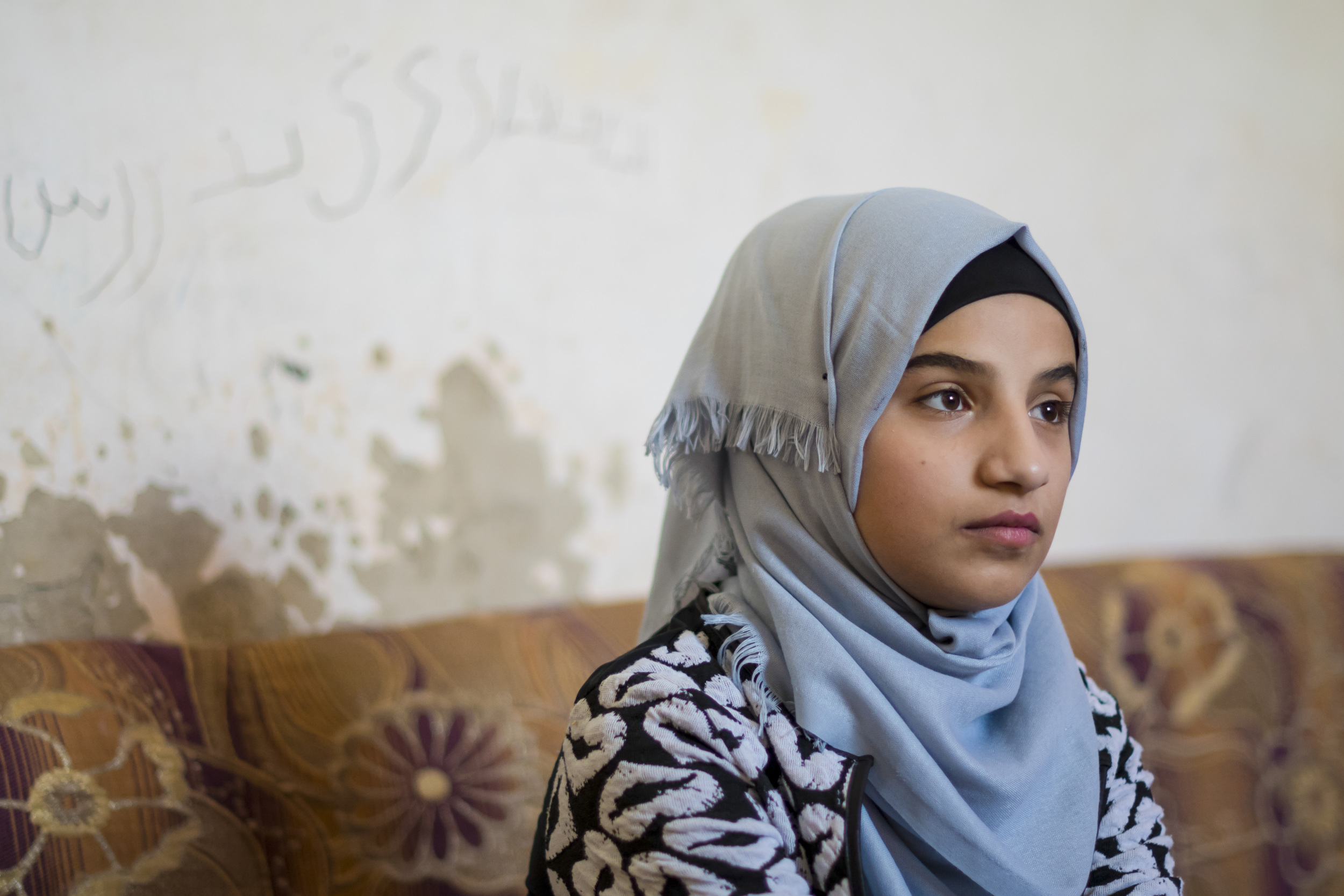 Walaa recently directed and produced a short documentary about her father and brother as part of a CARE-supported film school at Azraq’s camp for Syrian refugees.

Walaa and her family used to spend time together gathered around the TV at home in Syria watching their favorite shows. Movies and TV captivated Walaa. She often filled the hours after school or before bed immersed in the worlds of Syrian TV and imagining how she might create her own productions one day.

“I have dreamed of becoming a filmmaker for as long as I can remember,” she says.

When the war in Syria began in 2011, it interrupted those dreams and transformed her reality into something much harsher than the series she watched or dreamed of creating. In early 2014, constant attacks and fighting drove Walaa’s family from their home. Soon after, a bomb exploded near Walaa’s father Mohammed, piercing his leg with shrapnel and ultimately forcing doctors to amputate it.

“Had there been better medical care, my leg would have been treated easily,” Mohammed says. “But because of the war, not only was I injured, but treating my injury timely enough was not possible, so I lost my leg.”

Four years later, Walaa, now 15, and her family live in Azraq, a small, remote, desert town 65 miles east of Jordan’s capital Amman. Mohammed works in a small coffee shop and fixes electronics. Managing the bustling coffee shop requires Mohammed to be quick and nimble, which can be difficult on one leg. He relies on his son Nasr, 12, to help him.

“He is the leg that I lean on,” Mohammed says.

The poignancy of such a supportive and loving father-son relationship hasn’t escaped Walaa’s attention or her camera lens. Walaa recently directed and produced a short documentary about her father and brother called “The Little Engineer,” so named for Nasr’s penchant for fixing electronics, a lifelong hobby Mohammed has passed to his son. Walaa created the film as part of a CARE-supported film school at Azraq’s camp for Syrian refugees. At the film camp, professional filmmakers instruct and mentor aspiring filmmakers like Walaa. She produced “The Little Engineer” with three other Syrian refugee girls her age.

“The concept behind the documentary was my idea,” she says. “I wanted to showcase an example of a Syrian refugee family struggle, especially how, due to our circumstances, a child is forced to juggle school and work. It is not easy, and I wanted to shed the spotlight on it. I am very happy with the end product!”

School is one of Walaa’s biggest joys, and her favorite subject is science. But few things excite her like making movies.

“The film school helped me technically, so I will already have an idea about production, directing and filming if I succeed in fulfilling my dream in the future.”

Walaa and her family hope to resettle in another country where she can chase her filmmaking dreams. As with so many refugees, however, resettlement is hardly guaranteed and fraught with challenges.

“I was approached by a man I thought I knew well, promising to help us resettle in Canada,” Mohammed says. “In order to help make our resettlement happen, he demanded we pay $700. ‘These fees are a mandatory deposit,’ he told me. ‘They will be returned to you at the airport before you leave Jordan.’”

Instead, the man took Mohammed’s money and disappeared, dashing the family’s hopes and leaving them in debt.

“What saddens me most is that we had hope, so much of it, and it was all taken away suddenly.”

This was not the first time the family had — and lost — hope for resettlement. Early last year they received news they’d be resettled in the United States. But that prospect quickly faded when the Trump administration banned citizens of several countries, including Syria, from entering the U.S.

Despite such obstacles, Walaa keeps her camera trained on the special moments — her brother fetching coffee for their father or fixing electronics by his side. It helps keep her dream alive, especially as it takes shape around new moments and experiences.

“One day, I will talk about the situation of Syrian refugees, and about all that has happened in Syria since the beginning of the war,” Walaa says. “Even when the war ends, the suffering of Syrians will not end soon. It will take time for life in Syria to become normal again. That is what I want to talk about. I have always believed in one thing: If you have a dream and you work hard enough, you can certainly achieve it.”

When you FIGHT WITH CARE®, you fight for the future of children like Walaa. Without CARE’s efforts, her dream to be a filmmaker would never have come true. Visit care.org to learn more about CARE’s projects around the world, and to learn how you can help keep dreams alive in the most vulnerable communities and situations.