What Makes Kids in Crisis so Smart About Hand Washing? - CARE

What Makes Kids in Crisis so Smart About Hand Washing? 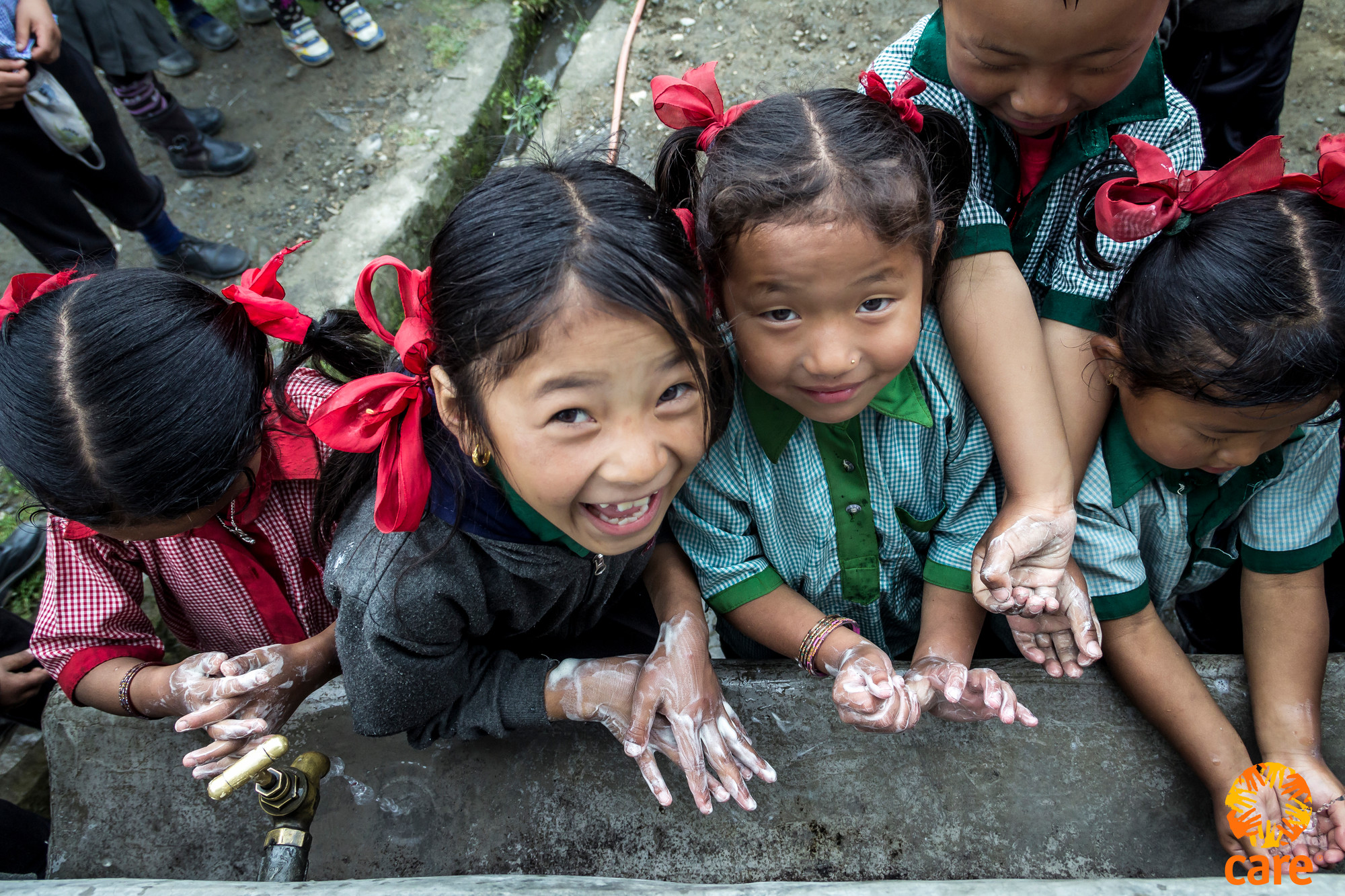 Hand washing is the top tip WHO offers for slowing the spread of coronavirus. It saves lives all over the world. But a lot of people still don’t do it, even with the best access to resources.

If you visit many schools in poor countries or refugee camps, you will see kids washing their hands like they are scrubbing in for surgery. They are much more thorough than most Americans, where apparently 69% of men don’t wash their hands. What makes kids in crisis so smart about hand washing? Why are they following the best practice guidelines for how to wash your hands, even when running water is scarce? They understand that it could save their lives.

As we’re all learning, hand washing is one of the best defenses we have against all kinds of diseases (including COVID-19) better than wearing gloves. It’s the top tip WHO offers for slowing the spread of the virus. It saves lives all over the world. But a lot of people still don’t do it, even with the best access to resources, running water, and information. So how do we make it possible for more people? How do you get people who have little access to running water or soap to prioritize washing their hands?

CARE works all over the world to promote good hand washing as one of many healthy hygiene behaviors. Since 2015, we’ve helped more than 4.3 million people practice better hygiene during emergencies, and 2 million access better sanitation in crisis in more than 30 countries. It’s not just during emergencies. We work with people who don’t have regular access to running water all over the world so they can wash their hands more often.

of men don't wash their hands

of men don't wash their hands

What have we accomplished?

Hand washing went up during crisis. During Sierra Leone’s Emergency Response to Ebola, people were 30% more likely to wash their hands. In Iraq, families who have been displaced washed their hands 93% of the time — compared to 2% of the time before the project. In Nepal, 65% of people started washing their hands regularly after the earthquake.

More people wash their hands, even in stable contexts. In Ethiopia’s ARNI nutrition project, hand-washing rates went up from 48-95%. In Benin, Bangladesh, and Zambia, anywhere from 90-97% of families report hand washing with soap, compared to baselines of 30-50% with support from the Nutrition at the Center project. In Mali, people were 60% more likely to wash their hands.

People are washing their hands correctly. In Zimbabwe’s Woman and Girls at the Centre of Improving Water, Sanitation and Hygiene (WASH) and Health Projects, more than 90% of people were using the right hand washing methods, compared to 10% at the beginning of the project. 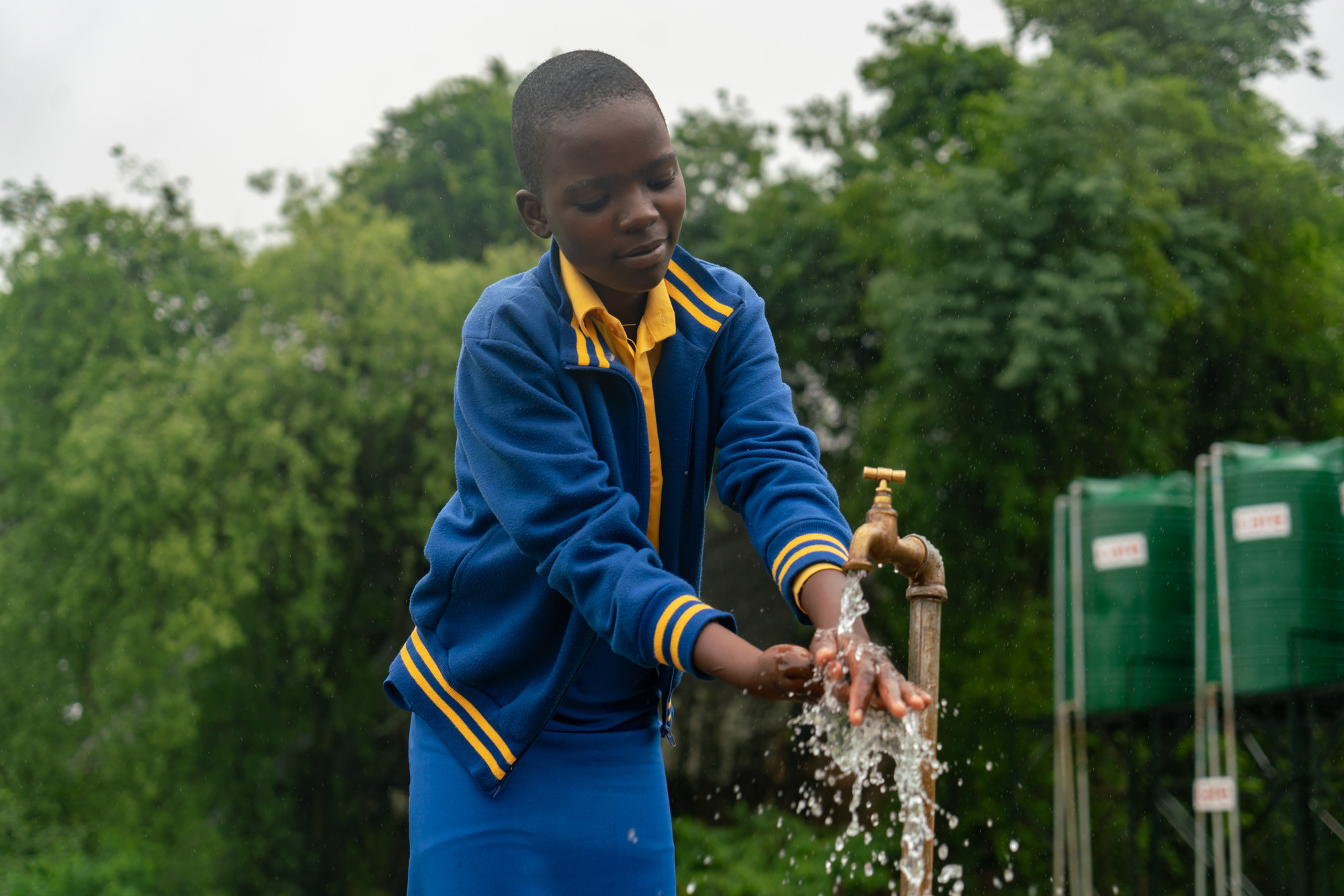 A hand-washing station at a school in Zimbabwe. Photo: © Lucy Beck/CARE

How did we get here?

Focus on water supplies and infrastructure. In Sierra Leone, the project rebuilt 45 wells, installed 20 water tanks in schools, and work with WASH management committees to take care of these resources and spread safety messages. In Mali, the project built 15,423 new hand-washing stations. In Nepal, the team build sanitation equipment for more than 3,400 people.

Get people the information they need. All of the projects had campaigns around sharing information around how to wash their hands well. Nepal spread hygiene promotion messages for 29,858 people.

Get leaders involved. Information isn’t enough. People need more than information to change their behavior. CARE supported the training of influential community members, including religious leaders. established and trained school clubs to promote and monitor hygiene and sanitation activities within the school community, and to reach out to parents and communities in adjacent villages.